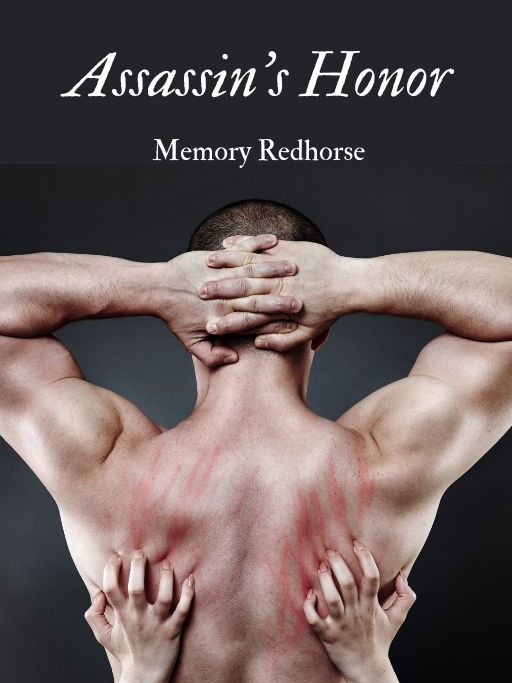 Gabriel Shepherd is a man without hope, risking his life as a hitman for hire until the day he starts to dream of a mysterious young woman. Convinced that the woman is his fated mate, he goes in search of her. Gabriel goes undercover as a teacher in a small forgotten town, only to discover that his fated mate is one of the students. Honoraria Talbot lives with her alcoholic uncle in a dilapidated trailer in a secluded forest lot. She knows nothing of her own history, except that she was abandoned by her mother when she was just a baby. She cannot explain her strange abilities, nor does she understand the powerful attraction she suddenly feels for the substitute teacher. All she wanted was to graduate high school and get away from the small town where she has been branded as trailer trash. But Gabriel Shepherd isn’t going to rest until he has discovered all her secrets and claimed Honor as his own.

Gabriel washed the blood off his hands in the sink, watching the red-stained water swirl down the drain with his usual numb detachment. The body of his latest kill was still on the floor behind him, slowly bleeding out into the cheap, industrial carpeting. Lifeless eyes were staring up at the ceiling, the face frozen in an expression of surprise. The identity of the stiff was unimportant. It was a contract, and the job was done.

Gabriel was a man with nothing to live for. Working for King was a distraction, and it gave him some semblance of purpose. He took on the most dangerous assignments with almost suicidal zeal, and he was very, very good at his job.

His cell phone vibrated from the back pocket of his jeans. He carefully wiped his hands on a clean towel before he pulled it out and answered it. "Hello Mom... yes, I'm fine. I'm finished with my work... I'll be home sometime late tomorrow. How's Dad? Ryan? …. Great... See you then...Love you too." He slid the phone back into his pocket and leaned on the sink, looking closely at his reflection in the mirror. He looked haggard. His eyes looked hollow and dull. He looked much older than his 28 years. He needed a shave and a haircut before he went home to see his family. He sighed and pushed away from the sink. He loved his family, but that love wasn’t enough to sustain him.

He switched on the TV in the hotel room just to have some noise in the background and stretched out on the bed. His muscles were tired and achy, and his stomach was empty and raw, but he just didn't care enough to go find something to eat. He ignored his body and watched the flickering television without actually following the images. He thought of his mom, with her laughing brown eyes, and her round, rosy face. She was so worried for him, and that made Gabriel feel guilty. His dad, on the other hand, tended to look at him with disappointment. "Gabe...” his father had admonished a thousand times, “just accept it and move on. Take up your responsibilities. I'm not going to live forever."

But Gabriel couldn’t accept it. The loneliness gnawed away at his soul leaving him depleted, empty, and hopeless.

It had only gotten worse over the past year. His little brother Ryan had come of age, and within a month, he had found his mate. Chrissy was a great girl, and Gabriel really, really wanted to be happy for his baby brother. He wasn't exactly jealous, but his heart hurt every time he saw the two of them, so wrapped up in each other's love, so complete, so satisfied. And he was still alone.

Most wolves found their mates soon after they came of age, if not the very same day. For some, it took a little longer. And for some? For some, it seemed the Goddess had forgotten them. Gabriel had waited, searched, yearned for his other half year after year... but never found her. His friends advised him to give up, find a woman, any woman, and settle down. But he just couldn't do it. He had no desire for just "any woman". He needed the one woman who would complete him, his soul mate. He searched, he visited other packs relentlessly as he traveled for work, but he never found the One. His hope had dwindled away. Who knew what had happened? Perhaps she had been born on another continent. Perhaps she had died. Perhaps she didn't exist at all. All Gabriel knew was that his life was desolate.

He turned his back on the corpse and the rest of the ugly, budget motel room. It was just like every other cheap, generic room, with prints of ugly artwork framed on the cream-colored walls, and a noisy, dented air conditioner rattling in a window that looked out over the parking lot. He couldn’t remember the last time he had slept, but it had been days. His body was demanding it now, shutting down and growing cold and heavy. His eyes refused to remain open, and he let the oblivion of sleep take him.

He was walking through an unfamiliar forest. It was twilight, the light was dim, and the air was cool. He sniffed the air and smelled something.... something so faint, but so sweet. Like his mother's lilacs in spring bloom. The scent excited him so much that his arm hair stood on end. He began rushing through the forest, trying to follow the intoxicating floral scent. Could it be? Could it be her? The One he was desperate for?

"Hello?" he called into the growing darkness. "Where are you? Tell me your name!" He heard something, far, far off in the distance. He heard the sound of weeping, muted and muffled by the trees. And then the wind blew and carried the sound away. He was lost in the dark, the scent was gone, and the forest was silent.

Gabriel jerked awake. His heart was pounding against his ribs. He was a man who rarely dreamed, but this didn’t feel like a dream. It felt too real, it felt like a vision, a vision of his mate. She existed. She was alive! He slowed his breathing and tried to focus on his memory of the dream, of the sweet scent of lilac, even the sad, eerie sound of crying. Something inside of him felt ever so vaguely strange and different. He felt some kind of tug in his chest, an almost imperceptible pull. It was so faint; he almost didn't dare to hope.