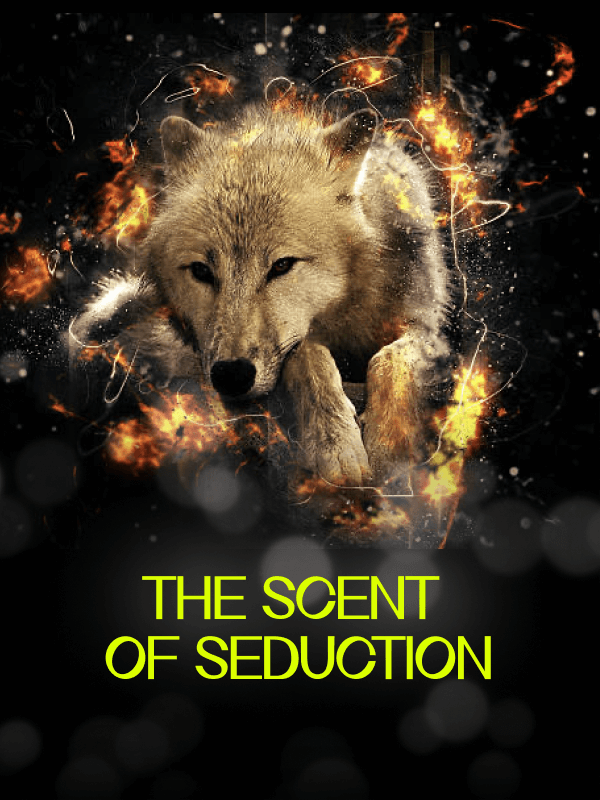 The Scent of Seduction

One man is determined to claim her, the other is destined to love her. Phantom River Alpha Jaryn Chaunterel is struggling to find a balance between his duties to his pack, his business, and orders from the American Shifter Council to solve the mystery of why wereshifters of all species are disappearing from around the country with little or no trace. He can’t help but feel that the long sleepless nights spent working might be more tolerable if he could share them with his mate. Of course, that would mean he’d have to find her first. Nicole Holland is on the run from the wolf that kidnapped and held her hostage for over a year. The high school teacher wants nothing more than to disappear and start her life over, but it’s not easy when the one chasing you can scent your every move. Nicole pulls into Stonepass, Montana, in desperate need of money and a few hours of sleep. However, instead of anonymously slipping in and out of town, she finds herself face to face with another Alpha wolf, one whose liquid sliver eyes call to something deep inside her...even as he declares those words Nicole hoped to never hear again. “You are my mate”. Jaryn soon discovers that his newly found mate holds the key to his investigation, and he’s determined to not only bring this case to a close, but take revenge for what his mate suffered at the hands of her captor. Nicole realizes that Jaryn has strength to rescue those she left behind, and it isn’t long before she’s falling under the spell of the moon and comes to relish the feel of Jaryn’s strong arms surrounding her. Will the pair be able to stop a psychopath who’s bent on creating a race of super-shifters of which he will be commander in chief, or will the mad scientist have the last laugh?

She was so beautiful even from a distance. Her siren’s call beckoned to him. Hills and valleys created shadows and highlights that drew the eyes. He could not tear his gaze from her magnificence. His mistress hung low in the sky and he tilted his head back to sing her praises. His song echoed in the mountains, across the streams and was repeated by friends and relatives nearby. His mistress’ silvery reflection teased him on the mirror-like surface of the lake, daring him to reach out and touch. The lush grass beneath him blanketed the earth. The scents of soil, lingering summer flowers and nearby animals wafted on the air.

It was times such as these when he allowed his wolf freedom that Jaryn could forget about the stress of everyday life. The simplicity of the grass beneath his paws and the scent of the night mountain air calmed him as no herbal tea his mother thrust into his hands ever could. Lately that stress had been getting to him, more than ever before. He was constantly tired. And when he wasn’t depressed, Jaryn was irritable to the point that even his best friend, who was known for his temper, raised an eyebrow. His life was a constant juggling act of duties to his pack, business, and a task force the American Shifter Council—the ASC—had ‘volunteered’ him for.

Jaryn lapped water from the lake then lay in the grass, staring up at the moon as if it held all the answers. He heard a sound off to the left, near the tree line, and instantly rose to his feet. His head swivelled and his ears perked. His eyes were glued to the spot—ready for anything—but then a familiar scent reached him and the tension drained away from his muscles. He immediately recognised it as Charlie, his little brother. Seconds later Charlie came loping out of the trees with a rabbit in his mouth. Charlie was only fifteen so he was quite a bit smaller than Jaryn, even in wolf form. Having undergone his first change a little less than a year ago, Charlie was still an eager young pup. His prance gave away how satisfied he was with himself for the catch. When Charlie reached the edge of the lake, he tossed his prize towards Jaryn and prostrated himself a few feet away.

The scent from the fresh kill tantalised Jaryn’s senses. He took the first bite of the treat then welcomed his little brother to join in the snack. With the demands of his stomach temporarily appeased, he decided it was time for a good run. He looked over and saw Charlie rolling around in the grass. He snuffed and let out a little whine then took off across the meadow. His legs stretched with each stride, running full out across the clearing. His hell-bent run forced the air to part as his strong body ripped through the atmosphere. He turned his head and saw Charlie trying to catch up, and slowed his pace to lure him in. All of a sudden a forceful weight catapulted onto his back. Jaryn threw Charlie off his back with a twist and rolled. He quickly regained his legs, preparing for another assault. Charlie was down on his front paws with his rear flank up in the air.

Oh, so the little runt wants to play, does he?

Jaryn lunged and head-butted Charlie in the side, tipping him over, but Charlie’s smaller size allowed him to squirm out of the pin. He circled around to nip at Jaryn’s back leg. They took off running again then, a couple of hundred feet away, Jaryn’s back legs lost traction as Charlie dug his head underneath his rear and lifted him up as if they were doing a wheelbarrow race. Jaryn collapsed his front paws and Charlie flew over him. As he did so, Jaryn nipped his tail. A sharp yip escaped Charlie before he landed in a pile of mud.

To finish off the challenge, Jaryn took Charlie’s muzzle between his jaws and exerted just enough pressure to demand his submission.

When Charlie capitulated, Jaryn gave his little brother a lick. He liked to encourage Charlie to build his dominant nature. One day he could be Alpha of their pack and it was important he learn those skills. They lay next to each other in the meadow for a while, occasionally rolling around in play, each trying to topple the other. A breeze had picked up as the sun began to set and his fur rippled as if it were waves on the ocean. They eventually made their way back to the house. After trotting up the steps to the back porch, they shifted and dressed in the jeans laid out for their return.

“Hey, next time watch the teeth on the tail, man. I swear I felt some fur strip off.”

He captured Charlie in a headlock. “You started it, runt. If you don’t wanna pay the dime, don’t do the crime.”

Charlie twisted and looked up at Jaryn, rolling his eyes. “Save me from the antiquated puns. You old farts need to learn some new material. I realise that back when you were born dinosaurs still walked the earth, but we have moved on, my good man. Welcome to the future! If you don’t want to start showing your age, I suggest you get with the times.”

He released Charlie from the headlock and backed him up against the timber siding of the house. The kid eventually would rival him in size but his fifteen-year-old frame was still all arms and legs. “Watch it, kiddo. You may be family, but I’m still Alpha around here.”

“Yeah, yeah. You almighty powerful Alpha. I bow before your magnificence.”

“Good you’re learning.” He turned towards the back door—pausing for the facial recognition system to identify him before it unlocked the door. A couple of seconds later the door opened and the warm light from their parents’ kitchen spilled out onto the back porch. “Oh, and by the way—have you heard of this thing, a new program, where you can type in words and it’ll find you information on just about anything in the world? I found some really cool stuff the other day. Did you know that there are drivers that allow an adult to download every transmission sent to and from a secondary comm-unit on their account? I’m pretty sure that I saw it downloaded on Dad’s E-sphere the other day.”

He saw Charlie’s complexion go white and his eyes go wide. The kid dashed around the side of the house so fast his pale skin was no more than a white blur. Jaryn fell against the door laughing. Served his little brother right for mouthing off to him. Dinosaurs indeed. Jaryn was hardly that old. He walked inside, still chuckling. He wiped the tears away that had gathered in his eyes with the hilarity—the laughter helping to wash away the tension from an overall shit week. When his eyes refocused, he saw his mother standing in the archway leading from the dining room with her hands on her hips.