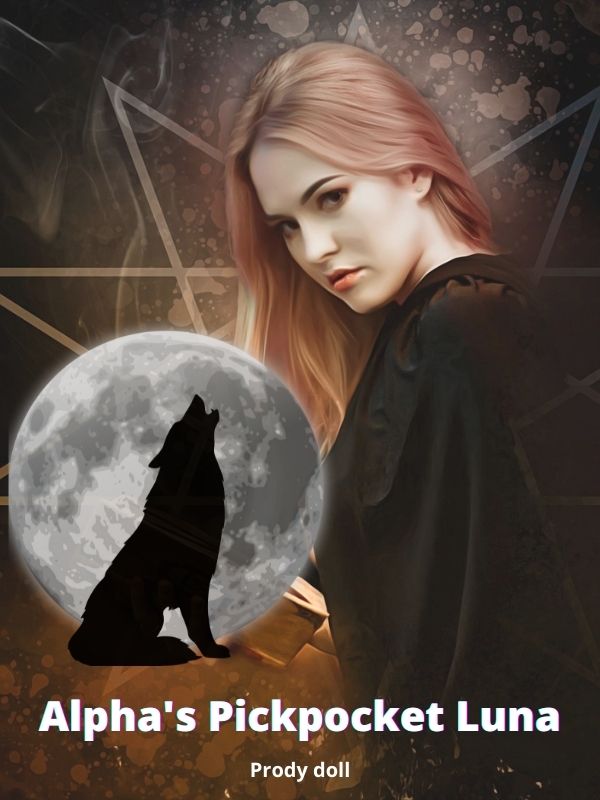 "Being the Alpha of the Red crosses Moon Pack, the whole of Beedadi, Ethan Jadiel Peterson is still single without a mate. So on his twenty-fifth birthday, he wishes to find his mate and his wish actually comes to reality after an encounter with Camilla Louis Taylor. Being a humble but fierce Alpha, he immediately notices that his mate is an arrogant pickpocket. Before he could do anything more, Camilla had run off and she met with a speedy car that runs her over. Acting as an amnesia patient, she gets into Ethan's life to steal as a way to save her comatose dad. However, fate catches up with Camilla as she falls in love with Ethan. They even had one nightstand, which caused her pregnancy. Ethan's current girlfriend is bent on sending Camilla away from Ethan's world. Camilla is tortured. She almost loses her baby after finding out that her father had gone missing. Will she be able to tell Ethan the whole truth before it is too late?"

The sound of celebration rises up in the air, filling the entire estate and echoing to the surrounding area of Besaadi. The happy chatter of guests mixed with the bubbly music increases the happy tempo in the large Peterson hall.

It is the Ceo's birthday party and everyone who is anyone of importance in the city, including all members of the Cross Moon Pack crowded the hall. After all the celebrants, Ethan Jadiel Peterson is their alpha.

As the music changes rhythm, the master of ceremony walks to the podium and takes the microphone.

"Ladies and gentlemen, let's acknowledge the famous and powerful, Alpha Ethan! The man of the moment!"

The crowd goes wild in cheers as Ethan stands from his seat and waves a hand. A tight-lipped smile grows on his face as he waves.

His soul and the inner world do not reflect the joy he is forced to express in front of all his guests. For someone as powerful as he is, Ethan isn't happy about the way his life is going.

Today marked his Twenty-fifth year in life, yet he still hasn't found the one thing every wolf desires- a mate.

As he stands, worry lines cover his once smooth face, he thinks of how long he was going to remain without a mate. The emptiness he feels even with the long list of girlfriends he has had is impossible to ignore.

"Now, ladies and gentlemen, why do we go to parties?" The master of ceremony is saying.

Unintelligible streams of words are mentioned and the room falls into laughter as everyone struggles to say something to please Ethan or make him take notice of them.

"Okay okay. I see the ladies are super excited. Ladies and gentlemen, I am going to request for our dear Alpha to step forward and do the honors of slicing his cake!"

Girls were screaming, some even crying, for Ethan is the most eligible bachelor in the whole of Besaadi. Everyone wanted to either have him or get close enough to him so they can benefit from his influence.

Aside from his booming business empire and status as a powerful Alpha, Ethan is very handsome. His chisel jaw and piercing gray eyes are a constant craving for women both young and old. When you see his dark wavy hair in the room, you know the ladies will go to any length to get his attention. And Ethan never disappoints, he is a flirt and ladies man, but that is fast becoming a tiring activity for him.

As the master of ceremony calls on him to come cut the cake and make a wish. Ethan already has a wish planned.

He needs his mate.

He needs to feel the love that comes from a mate. He has been with many women, so much so that he can't even begin to count. He lost count after the fifth woman he dated.

At the time he thought dating multiple women was going to help him find his mate quicker. He ended up pretending to love the women and later breaking up with them when he felt no spark between them. No chemistry, just two creatures pretending to love one another.

Ethan gets to his cake and closes his eyes. He murmurs with tight lips a prayer to the moon goddess to bring his mate. He appeals to the goddess to make him find his mate faster. Jumping from one woman to the next was starting to become a boring game.

After his wish, he takes the knife the master of ceremony holds out for him and slices the cake into two halves. The crowd cheer and screams in excitement and the music returns even louder than before.

Ethan returns to his seat, strolling confidently to his seat to continue watching the crowd.

He has faith in the goddess. He knows that she heard his wish and she will send his mate. He just needs to be vigilant so he won't miss her when she comes his way.

"Hey, darling!" A female coos in his ears.

Ethan turns his stormy eyes to his side, where the sound had come and found Jessie, his current girlfriend.

Jessie is a beautiful girl. She has long brown hair that reaches her waistline and curves that can make any man lose control.

He asked her to be his girlfriend months ago because he pictures his mate looking just like Jessie. But once again, he was disappointed.

There is no single chemistry between them and he has to constantly force himself to be able to get a hard-on whenever she wants him to be with her.

Even as she flings herself on his strong arms, pressing her breasts against him, he feels nothing. But to maintain his bad-boy aura, Ethan smiles seductively at her.

"Would you like to turn this party around?" She says, trying to sound sexy. Well to other men, she sounds sexy. But to Ethan, the sound of her voice is repelling.

He will rather have her gagged on his bed than listen to the words she is saying.

"How about we go home instead?" He whispers huskily.

Jessie brightens up with excitement and a blush creeps on her cheeks.

"Of course!" She screeches, grabbing Ethan by the arm.

Ethan picks up the glass of wine that the waiters dropped a while ago and gulps down the content, grimacing as the sweet-bitter taste meets his tongue. He is going to need it to get through the night with Jessie.

He picks up his key and walks confidently out of the hall with Jessie hanging on to him like he is her life support.

The crowd parts, leaving a corridor of humans and werewolves for Ethan to pass.

At twenty-five, Ethan Jadiel Peterson is the only surviving heir and C.E.O of the Richmond Gas Company in Bonanjo, a city in the state of Besaadi. He is the most notorious mafia in the whole of Besaadi, and the Alpha of the Red Cross Moon Pack in Limbe, another state in Besaadi.

He is powerful and a power monger. People worship him. Everyone wants to be in his good grace. Ladies chase him and as the bad boy he is, he never leaves them wanting for too long. In his defense, any number of them could be his mate.

As he and Jessie walk out of the hall- which belonged to him- he ignores the bows and curtsies he receives from the crowd around him.

Ethan owns the large expanse of land where Peterson's hall is located. A few feet away is his apartment, where he and Jessie are currently walking to. He has hundreds of fleet of cars, but he prefers to walk.

As an Alpha Ethan prefers to spend a lot of time among the trees and nature in general but Jessie is so eager to get into his pants she refuses to let him waste any more time looking at the trees. In no time, they get there.

When they get to the door of his apartment, she pushes him against it and crashes her lips on his. She starts sucking hungrily on his lower lips and Ethan fights the urge to push her away. She isn't what he wants. He is tired of getting half-baked pleasure when he knows his mate may be out there with promises of love and true attraction.

The night is still young. It is barely past the hour of ten o'clock, so instead of sending her away, Ethan lets her do what she likes.

Jessie sensing the willingness in Ethan pulls the hair at the back of his head and deepens the kiss. She wants him and Ethan knows it.

He slips his hand behind him and unlocks the door. It is better to get it over with than wait for a second longer. Taking charge of the situation, he grabs her by the waist, pulling her up so that our legs were curled on his firm waist. He led her to the visitor's room and locked the door.

An hour later, Jessie is sound asleep but Ethan remained awake. His head of crowded and he felt choked in the same space with Jessie. Slowly, he slipped out of bed and walked out of the room. He goes to the kitchen and prepares himself a hot tea, hoping it will help him sleep.

Tired and still sleepless he decides to take a walk outside. Maybe some fresh air is all he needs to feel better.

The scent of pines feels his nose as he walks. And the quiet sound of the wind as it caresses the trees surrounding him creates a sort of soothing music in his ears. Earning for more, his legs take him deeper into the reserved area and he happily welcomes the feel of the breeze on his skin.

Suddenly, he hears a heartbeat approaching him at a very fast rate. Using his alpha powers, he listens carefully and he could tell that whoever is coming is a woman and a human too. But there is something else about the person.

His heart takes a different beat as the person draws closer to him. He closes his eyes and sniffs around, wondering why this strange intruder is causing his heart to beat differently.

He feels her before he sees her. The lady bumps into him, cutting air out of his lungs.

Her voice makes tingles rise on his skin. He flutters his eyes open to see what this lady looked like and shock greets him.

His inner wolf growls and he almost cries in excitement.

This mysterious runner is his mate!