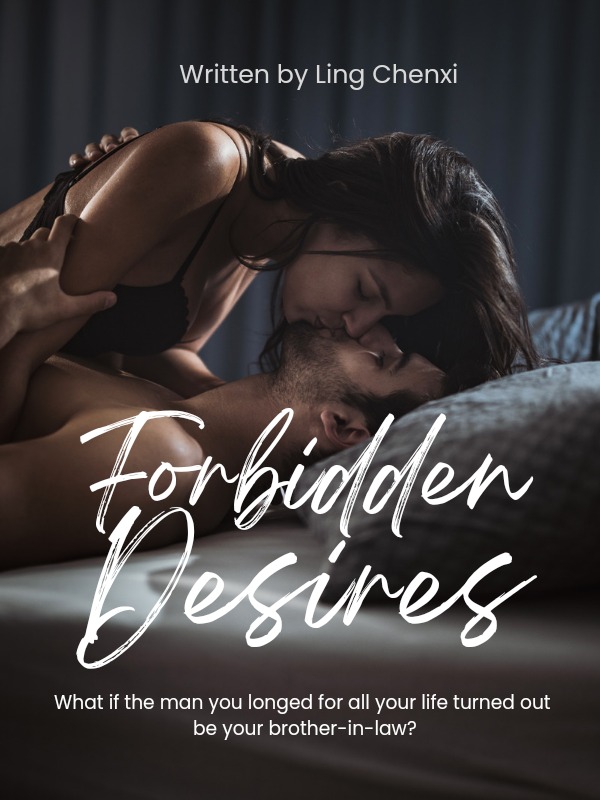 Eighteen-year-old and naive, Winter admires her parents' relationship and wishes to have a sweet love story of her own, but of all people, she is in love with her future brother-in-law, Hans. On the night after her sister's engagement with Hans, Winter spends the night with him, believing they would go on their respective paths the next day. However, one thing leads to another, and Winter devises a plan to elope with her now brother-in-law. But what happens when Winter's plans go awry and she is sent into the future by accident? Will Winter ever find her true love? What happens to Hans? Will he forget about Winter?

Outside the cavern, the sky thundered. Yet, I took no notice of what was happening. My eyes sting from how I had been crying. All because of him, Hans. He was the man of my heart, yet he could never be mine.

He was the orphan that my parents took in when I was no more than a child of six. Apart from the fact that he is the lost child of my mother’s senior, I do not know much about his past, because he rarely speaks.

Over the years, I followed him wherever he went, not letting him out of my sight. I discovered that when Hans was lonely, he loved to hide in a cavern in the woods away from Tyi or on the soft grasslands of the neighbouring meadow. Tyi was the village we live in.

Eventually, one day, he began opening up to me. When I was fifteen, we shared a kiss. We began meeting alone in the cavern, starting a forbidden relationship.

Though we kept to our boundaries, I knew one day that it would all change. I planned to have it happen, that when I reached eighteen, we would reveal the truth to my parents. I believed that we were in love and wanted to get married.

When I was a few days short of my eighteenth birthday, everything changed. My mother revealed the engagement between Hans and my older sister, Autumn. To my shock, Hans remained silent. My mother stepped forward and connected Hans and Autumn’s hands.

Why didn’t he say anything then?

Autumn’s eyes brightened with joy, smiling bashfully at Hans. Mother chose an auspicious date in a month to come. That, mother said, was because my older sister would be turning twenty-two, and due to superstition, she had to marry before her birthday.

What hurt me the most was that my mother had never considered my feelings.

My mother, Wind, was endowed with innate powers since her birth. Her powers enabled her to fight evil, and thus, she was believed to be born in the world for a purpose. But when she was seventeen, an encounter with an unknown evil accidentally sent her into the future and there, she met my father.

For a while, she was stuck in the future, learning to adapt to the ways of life and what she called technology. My father chose to put everything down when he met my mother.

I longed for a love like that, but Hans was nothing like that. He had chosen to follow my parents' plan for him instead of our almost three years relationship.

There was no way I could endure having to put down my feelings. Since I was young, I had always been an outcast. My mother had always seen me in a different light, for being the odd one out among her three children.

I was the youngest among them, and also the only one among them to have no powers manifest in me. Yet, instead of revealing her hatred towards me, she treated me coldly.

I was also the rebel of the family. I would wear very revealing outfits and modify my school uniforms when my elder siblings and I went to school. That, in no way, meant I was a flirt. I kept myself intact, all for Hans.

But in the end, it was him who had forsaken me.

I knew what he wanted to say, yet I couldn't manage to say a word. My chest throbbed. I pushed him away from me and took a few strides forward.

“Winter,” he caressed my hair, pulling strands of my dark hair out of their braids.

I remained silent, and he beckoned to me again as I watched our surroundings with a blank expression in my eyes. The pain still persisted. I closed my eyes and counted to ten.

My robe dripped with water from the rain earlier, but I remained still. I refused to warm myself under the small fire he had set in the corner. I just wanted to know how long he would take to come to me, seeing me in this state.

Tonight is my eighteenth birthday and the same night that I found the strength to provoke Hans. As expected, none of my family remembered, but Hans had left me a gift. I left him a note to meet me at the usual place, but ended up drenched by the sudden downpour.

Hans was wet by the rain as well. He stood rigid, his breathing deep behind me. But I don't want to look at him then. I keep staring into the void, raging inside.

“Winter, I’m sorry,” he just said apologetically, without changing his tone. “Please say something to me.”

How can he expect me to be happy after all this had happened? My heart teared with pain every time I saw him hold my sister’s hand. I wished dearly that the person whose hand he was holding was me and not my sister.

He walked closer towards me finally, and to my shock, he knelt just before me. Before I could stop him, he hugged my leg and begged.

“Winter, please. Your sister has a weak heart, and I can’t bear to hurt her feelings or Godmother. I know you can get through all this, without me. I’m not worth your love, Winter.”

I shoved him angrily and my eyes blazed with rage. My anger created a certain heat inside me which will be bound to erupt like a volcano, although I could never explain it.

Heat tingled through my fingers. I zapped him with the force of my sudden, unknown strength, but the energy that ensued was easily repelled by him and dissipated harmlessly.

I know it was because of my failure to contain my rage. Other than creating heat randomly, I have no powers, and this made me a letdown in the eyes of my mother.

“I hate you, Hans.” I punched him again and again, but he rose and grabbed me, holding me so tightly to his chest that I could barely breathe.

“Tell me what I can do to make you feel better, Winter. I can’t bear seeing you like this. Forgive me, Winter.”

My heart numbed hearing his soft voice. I know that he was weak and immature, and hence unable to go against the will of my mother or to hurt my sister.

Yet, in this way, he had chosen to hurt me. On the other hand, I couldn’t let him go. So I decided that I would have him just for one more night.

“Kiss me,” I ordered him. He does as he was told, without hesitation. His lips touched mine calmly, taking his time to make contact. Unlike the previous kisses we shared before, the kiss felt foreign. I took his hands and firmly placed them over the bow of my robe.

I bit hard on his lips, with the desire for him to remember me forever. Then I guided his hands to undo my robe. What was left was my thin undergarments. I pull on the strings to undo them quickly and reveal my nakedness to him for the first time.

“Make me yours, Hans. Just for one night,” I beg with my eyes still filled with tears. He seems puzzled by my words as if he didn’t know what to do. I yanked off his robe, making an advance to him in the way he should have done with me.

To my relief, he yielded and hugged me tightly, before he slipped out of his cotton trousers.

“Are you sure, Winter? Won’t you regret it?”

I gazed at him intensely, showing him through my eyes the strength of my decisions.

“I want you to take me now. Spend the night with me. Tomorrow, you can go back to my sister and prepare for your wedding,” I stated determinedly. My eyes show the adamance of my decisions.

His voice suddenly changed. I thought I heard it deepen.

"As you wish. I'll let you have me for one night, Winter, but tomorrow-"

Without completing the sentence, he took my lips with his again, this time kissing me so ferociously as if he was battling an evil. The sudden haphazardness of his actions put me in turmoil, feeling like he no longer cared.

[I won't regret it.] These were words I had so boldly stated in my mind, but I was starting to regret, because the pain was not something I anticipated.

He roughly forced my hands over my head and pinned me down on the icy floor of the cave with his mighty strength. My eyes teared with pain as he took me forcefully. His mouth clamped roughly on mine, kept me from screaming.

The pain was endless. I felt my tears flow down my body, which no longer felt like mine.

Was this beast who was tearing me apart Hans, or had he been possessed by evils? I can barely absorb what was happening to me, when he suddenly pulls himself out of me, gloating at the blood that now smeared my thighs. I have just given myself to him, albeit to my pain.

He leaned over my aching body, lifting up my chin sharply to stare into my eyes, an expression that told me, "I told you that you will regret." With that, he pulled up his pants and left.

It was over. He had just left me like that, without caring about me. I cried with all my strength, wallowing in the pain of how he just used me. But he could no longer hear my cries. I was all alone in the cavern. The rain had stopped, and in addition, I now had a broken heart.

Eventually, everything that remained of our relationship was just a hazy blur, I thought.

Little did I know that the trouble was just beginning, and it was way more painful that what I encountered that night.