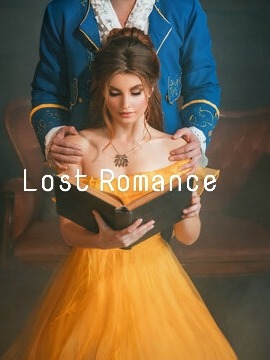 Aria works as an editor of a romance novels in a company and secretly dreams about falling in love with the CEO. One day, Aria finds herself magically transported into the page of a romantic novel and comes face to face with her crush Ryan. However in this fictional world, she comes to discover that his name was different so was his personality. She hopes to use all the tips and tricks she has learned from the romantic novels she had edited to snare his heart. But she soon discover in this fictional world, she wasn't the heroic female lead but an assassin who turns out to be the villian of the story!

"There could never be an us because we are from different worlds" he said as they both cried.

"I can't, I belong here with my people yang tong" he wailed placing his hand on her cheeks as they both placed their heads together. Suddenly, some men in dark wears burst out from their hidings and drew out their sword at them.

"Seize him!" An old man ordered and two guards held Jordan with force while he grabbed yang tong.

"You've been keeping an enemy!" He barked as the men who held Jordan knelt him down.

"No please! Don't father! I love him!" She cried. The old man growled at her and she fought her way out of his grip. One of the guards thrusted his sword to Jordan's chest who yelled in pain and began coughing out blood.

"No!" She yelled running to embrace him as he swallowed hard while raising his face to her gradually.

"I love you..." He muttered resting his head on her shoulder.

"Take her away!" The old man commanded boiling with fury. But yang tong did something that got everyone bewildered. In a hast, she drew a sword and stabbed herself.

"Let's die together for love" she stressed and fell on Jordan.

"Cut!!" A voice roared through the megaphone as its eyes gazed at the script over and over again. Everyone began to wrap up, the shoot was superb all thanks to the editor who suggested that a movie should be made out of this novel.

"Director Ollie" the custom manager called as the man with the megaphone turned his gaze at him.

"We couldn't get some costumes from the prom room because an editor has the keys". The director breath heavily as he couldn't hold on his anger and he screamed

The busy streets and noises around could tell that the day had dawn as most workers hasten to their various places of endeavors. For the late comers like aria, any time was conducive to appear so why rush? Aria was woken up by a call as this room of hers where covered with mountain of books. The poor alarm had given up in trying to wake sleeping beauty and the phone gave a trial as it didn't back down till she jolted back to reality. Aria picked the phone and grimaced at the voice which spanked at her through the phone.

"Oh no the keys!" She panicked switching off the call. If it was carelessness, she was a master in it, where was she going to find them and today was going to be the final shooting of the movie. She hurried up to the closet rampaging the whole place yet couldn't find anything.

"I can't miss the chance of seeing him!" She lamented kicking her feet wildly in the air.

"What do I do?" She asked staring at the mirror which stood on her desk.

"Excuse me coming through!!!" Aria yelled running down the promenade way.

"There she goes!" A woman commented as aria smirked at her.

"I wonder how she became an editor" another added.

"Aria the confused lady" a teenager interjected waving at her.

"Oh no someone tell her she has a toothbrush inserted on her left ear" the former cautioned nodding in disappointment. Aria quickly got on her scooter while placing a tower of papers on the pillion. She reversed a little and didn't pay attention to what was behind her.

"Aria!!!" An old man cried, she had just broken his vases which he kept a distance away from the garden where she parked her scooter.

"Sorry pa Odin...bills on meeee!" She roared driving away.

Running through the company, aria headed for the Manager's office, she had manage to survive the war while heading here and now, the tougher crisis was on its way. Everyone here knew the grand editor with numerous flaws.

"Her shoes are different colors" some said.

"Her gown keeps skipping up" some panicked.

Aria was mindless over what people said about her as she kept her eyes on the focus; which was getting the keys on time or late rather. The director had some spot girls around him as they were placing some ice bag on his forehead to calm his temperature. While a nurse checked his blood pressure which had risen up all thanks to aria. Aria kicked the door wide open because her hands were occupied with books and papers.

"I made it!" She commented with a broad smile and the director fainted on sighting her. The cast around shook their heads resulting to aria dumping the books in her hands while chasing after the agents from china who had lost interest in the movie, because things weren't placed in order especially the scripts which got missing too all thanks to Aria! nevertheless she knows how to handle the issue besides, she caused the mess. In a short while, she appeared again panting heavily, everyone in the theatre gazed at her with probing eyes waiting in anticipation to what the reply was

"Well.the.agents..." she paused and paced to the center of the theatre as though giving a speech.

"It's a yes! They would give us a chance!" She yelled and the director woke up from slumber.

"Meet me in the office!" He ordered breathing in an inhaler. Her actions could bring heart attack to those who worked with her. The truth about it all was everyone hates aria yet it was hard to get her fired due to her brilliant ideas. Aria waved a goodbye at everyone but no one returned her gestures, she almost ruined a contract which the cast and the crew viewed as one of their biggest achievements. Aria kept trail of the director's footsteps till they got into his office.

"What more lie do you have to say for not showing up?" The man began beckoning on her to get coffee from the brewing machine beside the window. Aria sniffed which placing a depressed face.

"I lost an important person last night" she said almost shedding a tear but the director banged his hands on the table making her shudder. This girl always loses someone important besides who wouldn't die from living with her.

"How many more important person do you keep losing everyday? Aria! It's becoming alarming" he howlered and she ran her fingers in her hair.

"It's a poor rabbit I picked, there was a story I edited that if you come across a wandering rabbit then it could grant your wish" she expressed hoping this gets the old man to resign from the case.

"It's mere fantasy! Stop believing in such things girl!.."

"This is reality" she completed mimicking him silently as she brought the coffee for him.

"How many books are on the queue today?"

"Go straight to the point!" He snapped frustrated by her speech that might never end.

"The CEO would be visiting the company today for the first time and we need to gift him a book which is captivating since he's a fan of novels..."

"Yes! I got that sir" she cuts in jumping up with excitement.

"And please look good! Argh!" The old man advised as aria ogled at him while slamming the door.

"Yes!" She chanted with her two thumbs up. For the first time ever, she was going to be seeing the CEO live and not his posters. What book would be perfect for a man of high caliber? Aria scanned through the libraries and the systems too to find any book suitable for this lover of her but none so far would suit his taste as presumed by her. She requested for edited novels from her colleagues too but none were willing to give assistance as each of them were charged with the same responsibility too of presenting a novel to the CEO. Aria frowned and strides to her office which was always in a mess. She had few authors signing under her because there have been complains that she switches characters with something entirely different leaving the authors clueless of their own stories. She log in to the portal and realized no author had responded to her request of she being their editor. There was a pack of Cheese kept on her dusty desk and she collected it to keep her busy until a miracle happens. As she munches the cheese, she took a trace to an imaginary land of being with the CEO in an island and spending some romantic moments. Her phone binged as a message popped up on the screen.

"Hi, I'm interested in having you as my editor!". Aria blinked her eyes at the phone as she sat upright. Only those that their books got rejected by the others turns up to her. Aria always believes that every writer deserves a chance and turning them down wasn't in her policy. Even in the dark, there might be a ray of light.