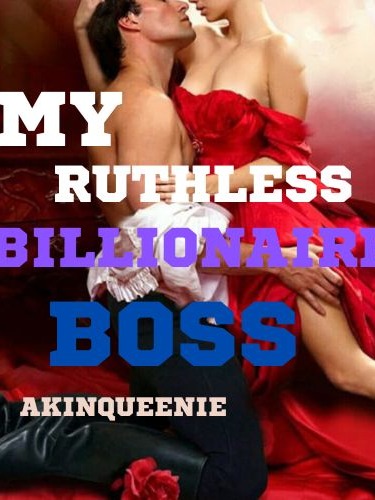 ( Contained Erotic contents) She was sent the first time by the Mafia lord, Lord Sir, Gabby Anderson, she was caught but fled. She was sent again to face his billionairess mother after eight years. He came to care for his mother. Will Emily escape her past with him? When he insisted that she must show him all the seductive moves she did eight years back. What will she do when she finds pure love in his eyes? Lucian could recognize the lady who he had employed as a maid some years back, who had shown him every seductive move for him to fall for her. Only one thing stopped him. His mother mandated for him to stick to a partner. Since his fiancé broke his heart. He wanted that sweet lady back. Will she accept to date him and ignore the will to bring him down? What will happen when she starts having feelings for him against the rules? Will her boyfriend accept it? What will happen when she intends to marry him? The war of love is for the strongest! The billionaire or the Mafia son? Who will get the heart of dear Emily? Read on! Comment, rate, and enjoy…

I whisk into the hospital with a food flask admiring the various nurses and the artifacts structure of the hospital building with many units and departments. I know that I could have become a nurse or rather a doctor if my parent had not been murdered. I am being panged by the gut. My face sobers and my mind pound intermittently. It is with much disposition not to fume in anger. I have a job to do and it isn’t the time yet to avenge my parent’s death, knowing and occasionally dining with their murderer over the years is like some arrows pierced through my jawbone. It hits and hurts my heart whenever I remember that fatedly night.

I breathe, craving for my softness as I stand by the door of the private hospital lodge of my domestic boss, Mrs. Fisher. I am about to flip open the door when I hear the doctor talking to her.

“I have called Mr. Fisher, he promised to take the next flight…” the doctor says and my eye flickers up. I draw back before resting on the door. Then one of my moments with him come crops back

It was a beautiful morning, yet it seemed too blurred to me as my eyes were getting dark and so melancholy for just staring at the handsome in front of me. His broad shoulders, muscle chest that gave my heart a howdy hallo, his shaped blue eyes, baby but chiseled posed lips, and long curled gold hairs made him like a demigod. I have to resist the urge to sit beside him and play with those gold curls of his. I could never count how many times I had attempted to seduce him within the three months I had been the only maid who attended to all his needs yet he kept being authentically glued to his love for his girlfriend.

The moment he observed that I was still standing where I have been for the past thirty minutes, his gaze sputtered and stared at me with his glittered blue eyes, sending some large frame of lust into my mind. I gulped and quickly looked away to avert any more danger posed by his gaze.

Lucien Fisher who just came to Italy for a corporate business gathering and to establish a wing of the family business was just many ladies’ dream bliss of a man including me. Glamping at him alone could send some emotion and sensation through your spinal column until it balanced all over the super hotness in your ovaries.

“Will you just stand there… or get me the next thing I requested for.” The moment I heard his words, I glimpsed at him but he had returned his face to the document on his front without any emotion, not without a sexy roll of his eyebrow. His voice filled the entire system that housed my body, making me vibrate and leading to my clit wetness. I wished that I could moan into his ear to let him realize the effect of his thunder voice on me. It was like a lubricator, lubricating my body entirely.

“Sir… what …do …you …requested for…?” I stammered and seductively posed my lips tightly as if I was dancing to the slow romantic music beat, twirling my tongue. I was an eighteen year’s old girl then, but I looked like a twenty-three years old post-college graduate. I was actually a graduate but not in the education aspect but cybercrime, I had worked on many wealthy men and made them penniless in just months. I might have seemed nervous and naïve to everyone. But I knew I was smarter than the girl I portrayed.

I was one of the second hand to the Mafia Lord, Sir Gabby Anderson. The General Mafia Lord of Italy. Being so young, ambitious, and having an innocent face, nobody could believe that I had been a nightmare to many wealthy guys. My job as a business software hacker was next to none. It was well known that I was the backbone of Sir Gabby. I am smart and dangerous. Beautiful with moderate boobs and asses, a slim body but not that thin, tall, long legs, long straight hair, and super kissable lips.

He glimpsed at me, studying me with no emotion on his face. He must have realized what I was up to because he sat back on the golden couch he sat on with a smirking grin over his handsome face that would melt a dogged heart. He trundled his eyes seductively that one would think that he was trying to captivate me with his charm but I knew better than to think from that angle. My boss was a cold-hearted guy then who will never have affection for any other lady apart from Bella Armstrong, the latest model in the United States!

“Where were you when I sent you on an errand?” he asked as he pleated his arms in a way that propels my heart into a race that makes it bang up in my ribcage as If it will jump out of my chest.

“I have forgotten sir,” I mumbled out as I pretended to be more shaken than I had ever been.

It seemed my words amused him rather than annoyed him. His eyes popped out of their socket, dumbfounded.

I stared at his shocking eyes and I wondered what made him feel amazed. ‘Was it a sin to forget what one was sent?’ I said inwardly.

He frowned and his handsome face turned from handsome to super handsome. I felt some panged on my knee and it bent slightly and I held him for support so I wouldn't fall. But unfortunately, I held his thigh directed to his dick.

I felt his erected sprang cock, hardened. In my entire life, I have never texture such an enormous size. I was dumbfounded, I stared deep into his eyes as if pleading for a nice out with him, with my eyes sending some kind of weird message to him ‘can we have a nice time, boss’ just to bury the same cock in my pleading pussy.

It seemed that he was also struck with the same feelings as I could feel his face sparkling up like a flaming fire of emotion and chemistry that overflowed his system. My smile tucked into my lip and I blinked seductively. But unfortunately, the moment I blinked, he came back to his senses and yanked me away from him and I landed beside him hitting my head on the couch.

I knew that I was already in some kind of trouble as he pushed me away from him and stood up.

“I am sorry sir...” I quickly composed myself trying my everything to look so remorseful.

I would sense the anger in his system as his jaw flew up, his eyes reddened, turning from the handsome devil to the devilish devil, gnashing his teeth with his hand up ready to hit me or rather slap me. I sat slouchy, shading my head with my two hands and lowering my face with my eyes twitching. I had expected a hit but after waiting for a few seconds without any. I looked up in a sober state and grasped that his reddish eyes were now back to their normal color. But his face has the same emotion as that of an angry bird.

“I am sorry,” I whimpered out, fearing the worst as if I was expecting him to fire me any moment. But my instinct knew that he couldn’t, if he could, he could have done some days into my work. According to the sources. Lucian was a man who had an intolerance for maids as he always sent them off at a slight provocation. Even when I provoked him almost daily, he never even had the mind to send me away other than to send me out of his sight. I smiled inwardly, ‘I am his weakness,’ I added inwardly.

“Get out!” his husky voice made me shudder as I hurried out of his sight.

“I don’t wanna want to see you throughout today…” his voice halted me after I opened the door to exit his private library.

I giggled inwardly, knowing full well that he would call me any moment for one thing or the other.

It’s been eight years since I set my eyes on him, barely two weeks after he caught me scanning a document on his laptop. When I could not provide him with a reasonable explanation why I was toying with his system, he had me locked in.

Now if he comes back to his mother. Will he recognize me? Should I run? I need to make a call… I am about to turn around when I slip and my right arm bashes the door. The door flies open.