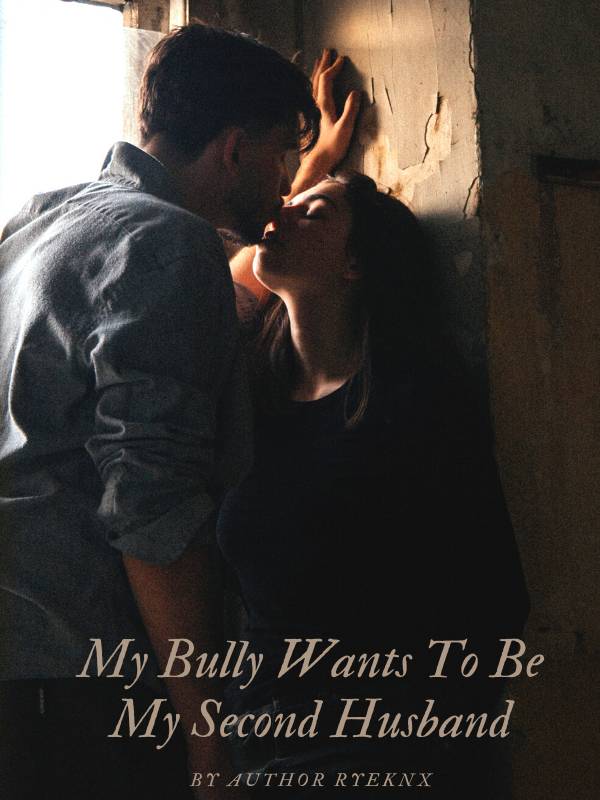 My Bully Wants To Be My Second Husband

A bully, a bad boy, and the person she hated most. ONCE A JERK - ALWAYS A JERK? "Marry me. This is the only way you can survive in this world."" He could marry anyone but all he wanted was her, a married woman. Scared but she didn't want him to save her. ""I'd choose de... death rather than be.. being your wife."" She said in a trembling voice. ""Then how about me giving you the sweetest death possible?"" He walked towards her, making her step backwards. ""What?"" Suddenly he kissed her in front of everybody out of nowhere. In the spotlight, he pronounced in front of everyone that she belonged to him but why? Two years passed, but he did not change at all. How about her? Why did he come back to her life again? After everything that she went through because of him, was not it enough for him? Why did he show up when she was happy and he offered her a contract? She knew that Preston Adam Collymore never had any interest in her then why...

Her legs were trembling, standing on her bare feet and getting soaked in heavy rain, Bellona Aldaine was hugging her arms.

"Prez, this is too much. Don't be so ruthless, she will die this way." Derek Bailey, one of the bullies, told the guy who was his friend and leader of their group. They were famous in school for bullying the weak. But even though they were not the same as girls. Bullying girls were not in their rules but except for only one girl who was Bellona Aldaine. And she was known in the whole school as 'Preston's chicken'.

"Prez, please let her go. Even though I feel bad for her, why don't y..." A blonde sighed out of resentment while looking at the girl. They were standing some inches away from Bellona who was getting soaked under the heavy rain.

Preston Adam Collymore was silent. He didn't give any ears to his friends' words and his eyes were fixed only on her only.

"Prez... Please. If she dies, will you..." As Derek spouted so Preston glared at him coldly. Death? Only he could decide whether she could die or stay alive.

Ten minutes passed, and Bellona could feel the coldness embracing her. She could barely keep her eyes open. Her whole body was shaking in the cold.

"Today, I must say you are just overreacting. She answered innocently your question, why are you punishing her for that? Prez, don't be too much." Allen Knight, another guy in the group said so.

Preston walked towards a table without replying. He grabbed an umbrella over the table and then threw it at Bellona. "Take it and leave." He asserted.

Bellona let out a heavy sigh. She nodded her head and let out in a shaky voice, "Thank... Thank you...sir."

In her shaky legs, she walked forward. Getting her bag from the floor she hugged it. 'Hold on a bit more. You will get there.' She told herself, trying to stay awake as her head was heavy and dizzy.

Seeing her not taking the umbrella he gave, Preston got angry. He walked to Bellona and stood in front of her, blocking her way.

Now, what does he want from her?

Bellona didn't look at him but asked him in a low and rather weak tone of voice, "Did I... Do another... Mis-mistake sir..."

Was he not happy to see her hurt? What was he trying to show now? Care? Haha, he could never care for her. Not waiting for him, she started walking away. Going wherever her legs could take her to but possibly where even his shadow would not be present.

Since the day she transferred to this city, it had been hell. She hated him but she never could dare to tell it to his face. Even though he kept bullying her every day, she could not tell him that she hated him and that she could fight back if she wanted...

"Umbre...lla..." As he got it he saw her walking away slowly while hugging her bag. She seemed fragile, so weak. Was it because of him? He clenched his fists angrily.

"Let's go." Derek grabbed the umbrella from his hand and walked towards Bellona. For some unknown reason, he ended up feeling bad for her though it was not his style.

Bellona touched a pillar in front of her eyes as tight as she could in that situation. She was breathing heavily and her head was about to throw her in the bottomless pit. She felt her knees weak, as she could not help anymore she sat on the ground.

"So what are we going to do this evening?" Mathew, one of the boys in the group asked casually when playing games on his phone. He was well-known as a playboy. He was handsome and a great piano master.

"How about car racing?" Henry, the third bully suggested so. He was famous for being a great car racer. Apart from that, he was good at looks and studying.

Though there were six in the group except for Preston and Derek everybody was busy deciding what they were gonna do this evening.

Preston was silently looking at his cell phone when Derek was glaring at Bellona.

"Bellona..." Derek stopped walking as he saw her sitting on the ground while touching a pillar with her utmost strength.

"Is she sick?" Mathew took his headphones out of his ears as he saw Bellona.

Preston put his phone in his pocket and ran towards her. 'What's happening to me?' She tried getting up but suddenly she lost her balance. Before closing her eyes, she saw everything visual was turning up-down and left-right. 'Am I going to die?...' she mumbled before her world turned into the deepest of darkness.

"Bella?" The six boys ran to her when Preston was the one catching her. He caught her in his arms before she would fall to the ground.

But as he touched her he was stunned. "Why is she so cold..." He looked at her. This was the first time he got to touch her and he could see her from so close.

His heart wrenched as he saw a drop of tears welling up from the corner of her closed eyes. "She is cold," Mathew uttered.

Derek touched her hand and let it go. "I told you before. Don't do this, if anything happens to her will you be able to forgive yourself? Prez."

"This is not the time for that. Let's take her to the infirmary." Henry contended.

"Hold on a bit more. Everything will be OK. Yeah, she is just... She is just unconscious. Yeah..." He was running as fast as his legs could. As he saw Dc. George put it on the bed and said in a speed, "Doctor, check her right now. She is cold, her body temperature has dropped. Please check her...."

"I will. Please go out Prez..." George exclaimed.

"You can't. You know our school's rules." George said so, putting a glove in his hand.

Preston glared at Bellona, he did not know the reason but he could not help feeling helpless. He was feeling uneasy, restless. "Ok."

He walked towards the door. Just when he was about to get out, he stopped at his feet. And turned around, looking at Bellona he felt so bad.

He called George in a worried voice, "Dr. George..."

"You want to ask something? Mr. Preston."

Nodding his head Preston asked him while pointing his index at Bellona. "She... She will be OK right?"

"I can't say that. I need to check first. Please wait outside." As George said so he walked out.

He never felt this way before. It was not even his girlfriend then why he was feeling so bad? Was it because he punished her and she fainted because of that or was it something else?