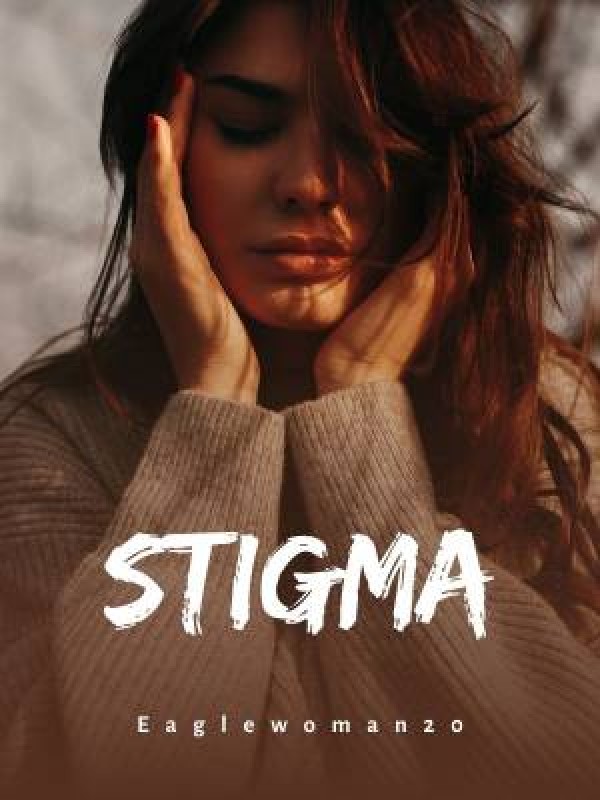 Salamat was a victim of circumstance and was traumatized as a result of her past. She was willing to give life a chance but something seems to be missing.The past came tumbling before her when she was already healing and could barely remember the pain. She became stigmatized and couldn't help but give in to despair.Will she be able to overcome these troubles someday? Or will it affect her mental state and disrupt her matrimonial prospect? Will Habib's betrayal break her or make her stronger?

They walked silently till they got to the riverside.

Habib broke the silence. "Are you sure you want to do this dear?", he asked.

"Uhmm yes", Salamat muttered, looking up at him. "It's high time I got it all out. I can't hide from myself forever and not from you."

When they were settled, he turned to face her.

"Babe if you are not ready, I understand..... Perhaps we can make it some other time. You are nervous and pale as white. Let's not do this now", he mumbled softly with a look of worry.

"No please, I want to do this now. If I don't do it now, It might never come out of me again", She answered.

Habib, seeing how determined she was, sighed and thought to himself. ``I wonder what the problem is, I like her but she acts weird and scary at times."

Salamat began, "I was very close with my grandma and then when I was eight years of age, my grandma died. I have always been a quiet and reserved girl but whenever I was with my grandma, I was the total opposite. Her love for me was unconditional and I do feel she loves me more than she loves her daughter who happens to be my mum. No one has ever showered me with so much love like my grandma. She was my only companion, friend, and confidant and she normally calls me her pet. I loved her with everything in me and she was all that matters."

"I remember when she used to tell me bedtime stories, even folklores, and poems. She used a cane on me once when I was disobedient to her. I was hopping on a broken chair and she begged me to get down or I would hurt myself but I refused. I ended up breaking my arm and she cried when I was being rushed to the hospital. I also remember when we used to stroll out every Sunday evening and how she shakes her body to the sound of King Sunny Ade′s music that was always being played next door. When she died, I was shattered and I returned to my shell", Salamat looked up at Habib and smiled.

Habib smiled back as an act of encouragement.

Salamat sighed and continued. "I didn't cry when she died but I was broken and devastated. I was a strong-willed child and I rarely cry because I do pile things up and then when it's full, I let it out. My tears do come anytime and anywhere which is why people think that I am weird."

"My books became my only companion and thoughts. My mum had to travel to the village for grandma′s burial though mum wanted it to be here in the city but grandma told her when she was alive that she wanted Ira, our hometown, to be her resting place. Mum left for the village leaving dad and me at home. Three days later, dad also had to travel out on a business trip. Dad took me to my aunt′s house who was already married and her husband was my dad′s business partner. Aunt was still in school when she got married and she was undergoing her IT program when I went to stay with her. She didn't want to stay far from home so she took up the job of a secretary at a shopping mall and I do follow her to work."

"Her boss had three children; Tobi, Tope, and Bukola who became my friends. Tobi was 16 while Tope was 5 and they were both males. Bukola, who was my age mate, was a female. Their house was connected to the shopping mall and I always went into the house to play with them. I then came out of my shell once again. I always felt special whenever I was with them because I was always being pampered. Sometimes, they do feed me whenever we are eating together and even help in slicing my mangoes which we usually take every evening before the close of the day. It was always fun being with them. They had a dog named Jack which I always played with. My aunt noticed the changes in me and she called to inform my dad who was surprised and excited."

"A week after, I became withdrawn again and my aunt became confused. My dad and mum came back at the same time and couldn't believe the sudden behavior change. I stopped going to the shopping mall even before the arrival of my parents and I also stopped talking to them. I was always indoors and I even refused to eat. A neighbor told my mum that I was an ogbanje (an evil child) and I needed to be taken out for consultation. Mum became furious and sent her away even though I know mum wasn't convinced that I was not one. I know I was like every normal child but to everyone else I was abnormal."

"I felt normal but something seems to be missing in me, something I tried figuring out all to no avail. An experience that I couldn't even explain or voice out."

"Life went on with my parents doing their best to make me smile. I was an only child and I never knew what it feels like to have a sibling, though I always wish to have one. I was in desperate need of someone to talk to and confide in but no one was there for me."

"In school, my teachers admire me for being intelligent even though I don't ask questions in class. My classmates on the other hand call me all sorts of names like a snub, an arrogant and boring girl which I never took to heart. Though I sometimes feel the urge to drop out of school, I took my education as my number one priority."

"I got to realize what the problem was when I was in SS1 during our biology class. A topic on the reproductive system was taught by teacher Nkechi who asked who had an idea about the topic. A naughty guy named Lukman raised his hand and the class burst into laughter. Mrs. Nkechi, knowing how naughty and mischievous Lukman could be, asked him to sit down and then she began the lesson. She defined the reproductive system and the process of making babies which were useful to me alone because the whole class was grinning from ear to ear, especially the boys."

"Reproduction is the coming together of a male organism and a female organism to produce offspring. In humans, when a man and woman have intercourse, the woman becomes pregnant which will lead to the production of babies. In a situation whereby a woman is having intercourse for the first time, it means she is a virgin and after the intercourse, she tends to bleed which signifies that she has been disvirgined. Morally, virginity is considered the dignity of a woman. To all the girls, stay pure till the right man comes and the right man is your future husband", Mrs. Nkechi explained.

"The class was interactive and questions were asked mostly by the boys. I was confused because some images were repeating themselves in my head. I was about to ask for permission to go to the toilet when I screamed "No!".

The whole class was in uproar and the teacher ran to my side shaking me.

"What is wrong with you Salamat?" The teacher asked me.

I woke up to see myself in the school sickbay and my parents were by my bedside. The memories came back again and I began to cry.

"I then heard the word 'trauma' from the matron who was discussing it with my parents."

She looked up at him with a sad smile.

"Don't scare me, tell me what exactly happened to you", he asked.

Salamat looked into his eyes and saw the fear.

"I was raped", she said and breathed out with relief that the word was finally out.

"What?!", Habib exclaimed standing up.

"Yes", she answered and looked down. "I was sexually abused by Tobi."