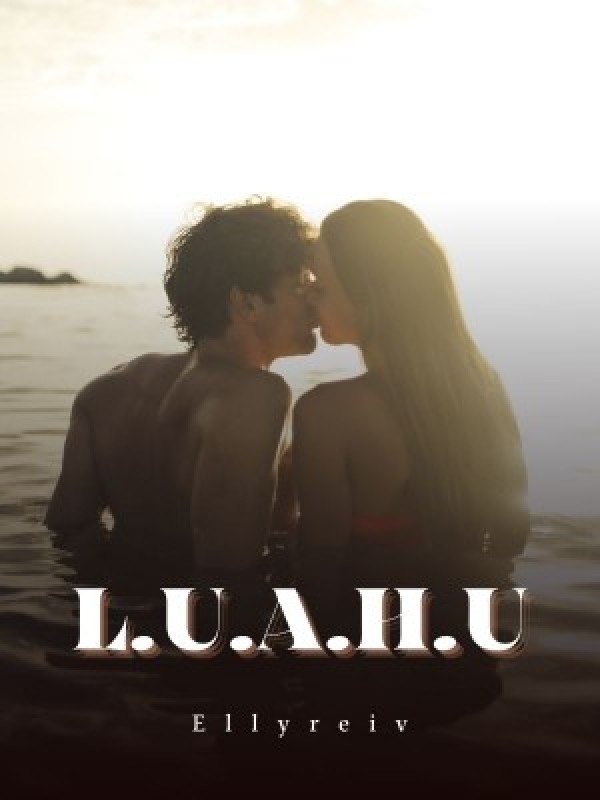 A troubled British surfer who was hiding his family issues met an American girl who just got cheated on by her boyfriend on an island called LUAHU. LUAHU is a mysterious island surrounded by magic, curses, supernatural things, and unexplainable creatures. A picturesque tropical place where a person can heal from any form of pain where leaving makes it hard and going back home is never an option. An island brought two people together after a tragedy of life and death stopped their fate from meeting in the real world. Despite the wondrous offers from LUAHU, there was something that the island will take away once you leave, that's the memories. A person's memory will remain there forever because of the curse. Once you get out of the island, you will no longer remember what happened there and everyone you met. Healing costs a lot of time, let us all heal unexpectedly.

I heard a deep raspy voice that came close as I was sitting alone scanning through my laptop inside this local cafe on the island. I pulled my head up to check who it could be and saw a tall man with long brown tousled hair, topless, tattoos almost everywhere on his body and blue-green board shorts. He had the most perfect curls that a man can have and it makes me wonder what his shampoo is or what conditioner he uses. I envied his long luscious locks which were slightly past his shoulders. His eyes, glued on mine, were an amazing hue of emerald green as he flashed me his dimpled smile.

I looked over my shoulder and found no one there, so he must be talking to me. I looked back at this man who is still smiling at me. “Excuse me?” I chimed, confused about what he meant.

“Blue.” He repeats again and there’s a way in how he said it that makes his plump lips look hot.

I scoff, “I’m sorry, are we talking about colors here?”

The man with green eyes chuckles breathlessly. “Your eyes, they’re a lovely shade of ice blue.”

Oh, a voice in the back of my head says as I mentally answer him. I was taken aback by how he complimented me directly and he had to tell me the color of my eyes out of the blue. Also, his accent makes him sound much sexier aside from his tone and quality of voice. The man with long curly hair was so charming and undeniably handsome that it almost seemed bewitching. He had a chiseled chest, sculpted biceps and well-toned six-pack abs with a smoldering look on his face.

“Thanks.” I answered dryly. “But I’m not interested.” I shut him down instantly even before he could say anything else. I focused my attention back on my laptop and tried to scan through Instagram.

“Oh, I truly apologize.” He was quick to apologize and couldn’t help but think that he was still standing there next to me. I wondered what this topless man wants from me so I decided to keep ignoring him until he decided to leave me alone. “I didn’t know you were into ladies.”

I look back at him, shocked that he thought I was lesbian. He took it in a most definitely wrong way. I stared at him for a while, examining his tattoos and that damn huge stingray tattoo in the middle of his chest. I travelled my eyes back to his face and noticed his prominent jawline.

“I meant I’m not interested in you.” I told him, frankly.

He slowly took the seat next to mine and sat down, “So you’re saying you like men.”

I sigh inwardly as I begin to feel annoyed by this man who is still not leaving me alone. “I don’t think it’s rightful to talk about my sexuality with a stranger.

The man widely smiles at me, “Then let’s not be strangers.” He says while extending his hand out to me for a handshake. “I’m Harrison but you can call me Harry.”

I glanced at his hand and it was huge and slightly pinkish. I noticed that he had two anklets on his left foot and realized that his skin seemed a little reddish, so as his cheeks. Maybe he has been staying under the sun for a long time, probably swimming or sunbathing.

Harry’s smile widens as he chuckles under his throat, “Well it’s very nice to meet you Not Interested.”

His hand gently squeezes my hand before I pulled it away from his grip, “You got a nickname or something? Your name’s a bit long.” He crinkles his nose. “Maybe I should call you Notty.”

I leaned closer to his face, “Maybe you should mind your own business.

He smiles at me as he leans even closer to mine, “Or maybe you should try to tell me your name.”

I pulled my head away from the man who was still looking at me, still with that damned smile on his face. He’s smug and he’s obviously mischievous. I don’t know if he was trying to be cute or he knows that he is gorgeous and he can get any woman easily because of his cute dimples and stunning eyes.

“I don’t know if you don’t get it, but I don’t really like talking to you.” I responded.

I looked over my shoulders and found two men standing right outside the coffee shop who were calling out to him. One man was blond, holding a soccer ball in his hand and had a bright smile, while the other man, who also had a few tattoos on him, was seemingly skinny underneath his white shirt but had such a handsome face with black hair and that smouldering look in his wondrous eyes. I noticed three other ladies who wore bikinis and skimpy shorts were also waiting for him.

I travelled my eyes back at Harry was now standing from the stool chair while tying all of his hair into a cute manbun. “I’ll be there!” He shouted back before leaning over to me unexpectedly, which caused me to lean my head backwards. His eyes scanned my entire face before he subtly bit his upper lip as he finally landed his eyes on my eyes.

“The island is not that big so I’ll see you around, Notty.” He says before rushing out of the coffee shop

I watch him carefully as he gets on his big motorcycle with a mounted surfboard rack attached to the side and an actual white surfboard on it. He puts on his black helmet and winks at me before he revs his motorcycle and speeds away from the coffee shop following his friends who had already left him.