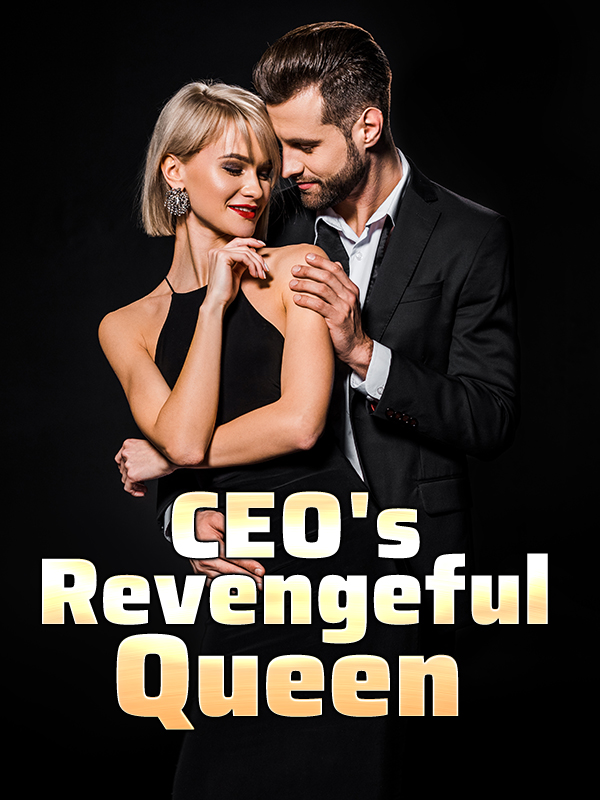 In her previous life, Annetta White's brain was damaged due to the betrayal of her companions. She was scammed by her fiancé, father, sister, stepmother, and finally sold herself to devil at a price of one billion dollars. She died bitterly.After her rebirth, in this life, she wanted a revenge! She wanted to abuse the scumbag, tear up the white lotus, open a company, fight with her stepmother, work hard, and at the same time, hold her husband tightly.Ethan Harris was the only heir to the Harris family in this city. Outsiders viewed him as heartless and ruthless, but Ethan doted on Annetta endlessly and treated her as if she were his life.Annetta, who was standing in front of a group of b*stards, was strong and powerful‚ saying, "Bitches, you are the ones who should be slapped! See what you can do to me."

"Do you think you can really escape?"

The male voice that had spoken from the dusky room seemed to have come from the depths of hell itself. Annetta White, already numb from the pain, shivered with fear uncontrollably.

The man fixed his crimson eyes on her.

The next second, as if he wanted to punish her, his cold lips bit down hard on her neck.

Annetta shrieked with pain and closed her eyes as her white knuckles gripped the thin blanket beneath her.

She felt like the blood vessels on her neck had been torn apart by that bite. The demon was currently sucking her blood.

Had she been reborn? To the night when her 18-year-old self had been tortured by the demon?

She still remembered her last life.  After being drugged by her stepsister, she had staggered out of the house in a daze.

A familiar sports car had rushed straight at her. The fall from that hard car crash had broken both her legs.

She laid on the ground and watched her boyfriend, Caleb Taylor, get out of the car.

He walked to her and laughed savagely when he saw her pleading eyes, "Oh no, how careless of me to break your legs. But who knows? Perhaps Young Master Ethan will thank me. Without your legs, you won't be able to run, will you?"

Then her father, stepmother and stepsister had caught up to her. Her stepsister, who had pretended to be innocent and kind, struck her across the face, "You slut! I dare you to try running away again!"

After that, she had been sent straight back to the demon's side again.

Annetta shed tears of pain. She only realized the reason for her five-year imprisonment after her tragic death. This man had continuously been providing money for her family, enabling her father to open a company. As a result of this, her stepmother and stepsister lived luxurious lives. That was the reason they allowed this so-called 'angel from heaven' to be her living nightmare.

No wonder it was easy to recapture her every time she escaped.

It was her loved ones who betrayed her!

"Don't cry." There was a sickly-sweet smell of blood on his lips as he licked the tears at the corner of her eyes.

Those comforting words coming from his mouth made Annetta feel nothing but endless fear and she felt herself blacking out.

She looked at her legs, which had indeed been fixed but had been chained together by a cold iron chain.

Just like in her previous life, the last time she tried to escape, Ethan Harris had recaptured her, fixed her broken legs and chained her up. However, this provoked the demon-like man. If she tried another escape, he would end up breaking and fixing her again and again, until she no longer tried to escape.

"Haha!" She had really been reborn!

The greedy, distorted faces of her family the night of her death had broken her spirit more than her broken leg. To squeeze the last bit of value from her, they had her kidnapped and sold to the Harris family's adversary to do as they pleased to her!

Unable to bear the humiliation, she had jumped off a cliff in grief.

She heard the desperate roar of a man the moment her feet left the ground.

The one who came to save her, in the end, was the man she least expected- the demon she had hated all her life. The love and affection she thought she had from her loved ones ended only in hypocrisy and betrayal.

She swore that in this life, she would make them all pay!

Annetta burned with anger as she thought of these things. Just then, the man's arm encircled her waist and held her tightly, like a snake before eating its prey. She was so shocked that her heart suddenly hardened.

"Get away from me!" She instinctively resisted, and instantly regretted it.