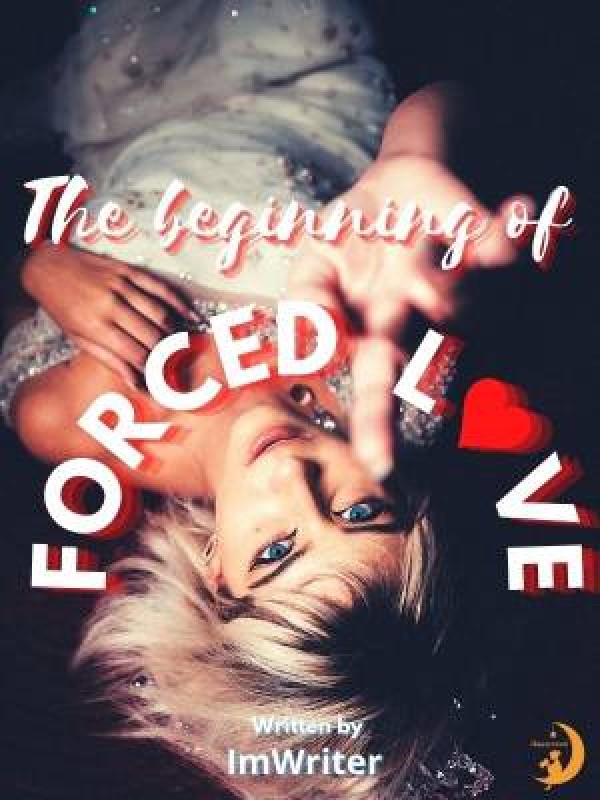 The beginning of forced love

Love is the most beautiful feeling in world. A heart eventually falls for a person without any thought. But what happened when a person is made forcefully to love his or her partner. A girl was tied to a chair in the dark room .Her body was covered in bruises and marks. She was whimpering in pain. A man entered the room and sat next to her. He touched her cheek and said,"" Say, That you love me.‚Äù Girl looked at him with blurry vision and said,"" I will never love a person like you. The man get angry and slapped her hard.Girl fall on the floor with a thud. This story is about a 20 year old girl who was living her life happily but everything changed when she caught the eyes the eyes of a buisness tycoon. She tried her best to resist him but failed miserably and tied in the knot of wedding. She was trying to overcome this phase of her life but one night changed everything. She was finding herself now in a more worst condition than before. Her husband tried his best to made the girl fall for him by forcing her and acting violently on her. Please Ignore the minor error in few of the starting chapters. I will edit it later, Thank you so much for giving this story a chance to read..

The girl lead of this story is named Kiara .She is 20 years old pursuing her graduation .Talking about her Character, She is a bubbly ,fun loving girl .She has a soft, kind heart.

His name is Musa Khan .He is 28 years old .He is a powerful businessman .

He is cold hearted for strangers and manners .But a obedient son for his family and a good friend for his friend and a good brother for his siblings .

SIBLINGS : Haider And Amina (Son and daughter of Hamad and Alina )

A girl was sleeping in a deep slumber. The clock was going to strike 10:00am in 15 minutes but the girl didn't bother to get up .

She was sleeping in a room which is well maintained and spacious. A complete white vintage theme has been added to the room which gives a quite aesthetic appearance.

She was sleeping completely draped in her fur blanket from head to toe . Some Pillows were scattered on the floor and one She was holding on her head while sleeping on the back .

Her laptop was lying half opened on the edge of her bed which was proof of her late night watching dramas and series .

She used to write a diary not on a daily basis but yes she keeps a diary to keep memories along with photographs pasted in her dairies and beautiful poetry lines .

Her trance of sleep broke when her phone rang .She jolted in her sleep and picked up her phone from the side table .She accepted the call without looking at the caller id.

She said in a sleepy muffled voice, �� Hello!��

A boy's voice came from the other side of the call which was of her best friend Arunash.

He said in a shocked voice ,��OHH God ! Kiara are you still sleeping? It's 10:00 am Kiara is getting sleepy. We have to go to attend the function .It's quite late already.��

Kiara said while rubbing her sleepy eyes with her hands ,�� You called me early morning to listen to your bickering?��

Arunash said in a fake apologetic tone ,��Sorry Madam , I called you this early . My clock shows it��s 10 o��clock but maybe in your area it��s around 6 o��clock.��

Kiara said in an irritating voice, ��What the hell Arunash ? You don't even let me sleep properly. I slept late at night .��

Arunash said with a full sarcastic tone ,��I know you were watching your so-called dramas.��

Kiara said in an angry voice,�� Don��t you dare to say any word regarding my dramas ��.

Arunash backed off instantly while hearing Kiara��s full furious voice from the other side .He said,��OH Sorry, Girl calm down I have just called you to check on you .We have to go to attend Siya��s sister's wedding. You remember?��

Arunash said while sipping his coffee,�� He has gone to gym but I think he is back home by this time. He will also be ready by 1:30 hour .��

Vikram called Kiara at the same time. Now the trio is at a conference.

Arunash returned his greeting with the same tone while Kiara answered him in a sleepy voice .She said ,�� Hye!��

Vikram chuckled on hearing his friend's sleepy voice and said,�� Don��t tell me Kiara you are still sleeping.��

Arunesh interfered and said ,�� Leave Vikram. It's nothing new .��

Kiara got furious on hearing her friends remarks .She got up from bed and threw a pillow which was lying near her leg harshly on the floor.

She said ,�� You both always know how to irritate me early in the morning.��

Arunash said,�� This is not early morning Madam so please get up ��.

Kiara looked at the wall clock which was now showing 10:15 .

She said in an uninterested voice,�� Yes I am up.��

Vikram said ,��So when are we leaving for the function?��

Kiara and Vikram said Okay and they bid bye among them and cut the call.

Kiara got up from her bed and opened the curtains. Direct sunlight fell on her face .A small satisfying smile spread on her face looking at the pleasant weather.

She got out of her room. She reached downstairs and saw her mother cleaning some stuff.

Sushmita saw Kiara and shook her head after seeing her half awakened daughter .

Kiara said while dropping herself on the sofa ,�� Good Morning, Mom.��

Sushmita said with a smile, ��good morning, My child! You wake up?��

Kiara said looking at her Mother, ��Yes! Why don��t you wake me up early��?

Sushmita smacked Kiara��s head lightly and said,�� I know you were watching your dramas till late at night so I didn��t bother to disturb your beauty sleep .I checked on you thrice but you sleep like a person who has deprived from sleep for a month .And also it��s your free time so enjoy.��

Sushmita sat beside her daughter on the sofa and said,�� He has gone to his office at 8:30��.

Kiara made an ��O�� shaped face and nodded her head.

Sushmita ran her hands in her daughter's long waist length Black and brown mix colour hair .She said,�� Are you going to Siya��s sister's wedding ?��

Sushmita said ,��Then get ready. It��s quite late already and you're two musketeers also waiting for you to go to the wedding ��

Sushmita said ,��Yes go I will prepare something for you to eat��

Kiara gave a peck on her mother��s cheek and went to her room to get ready while her Mother went to the kitchen.