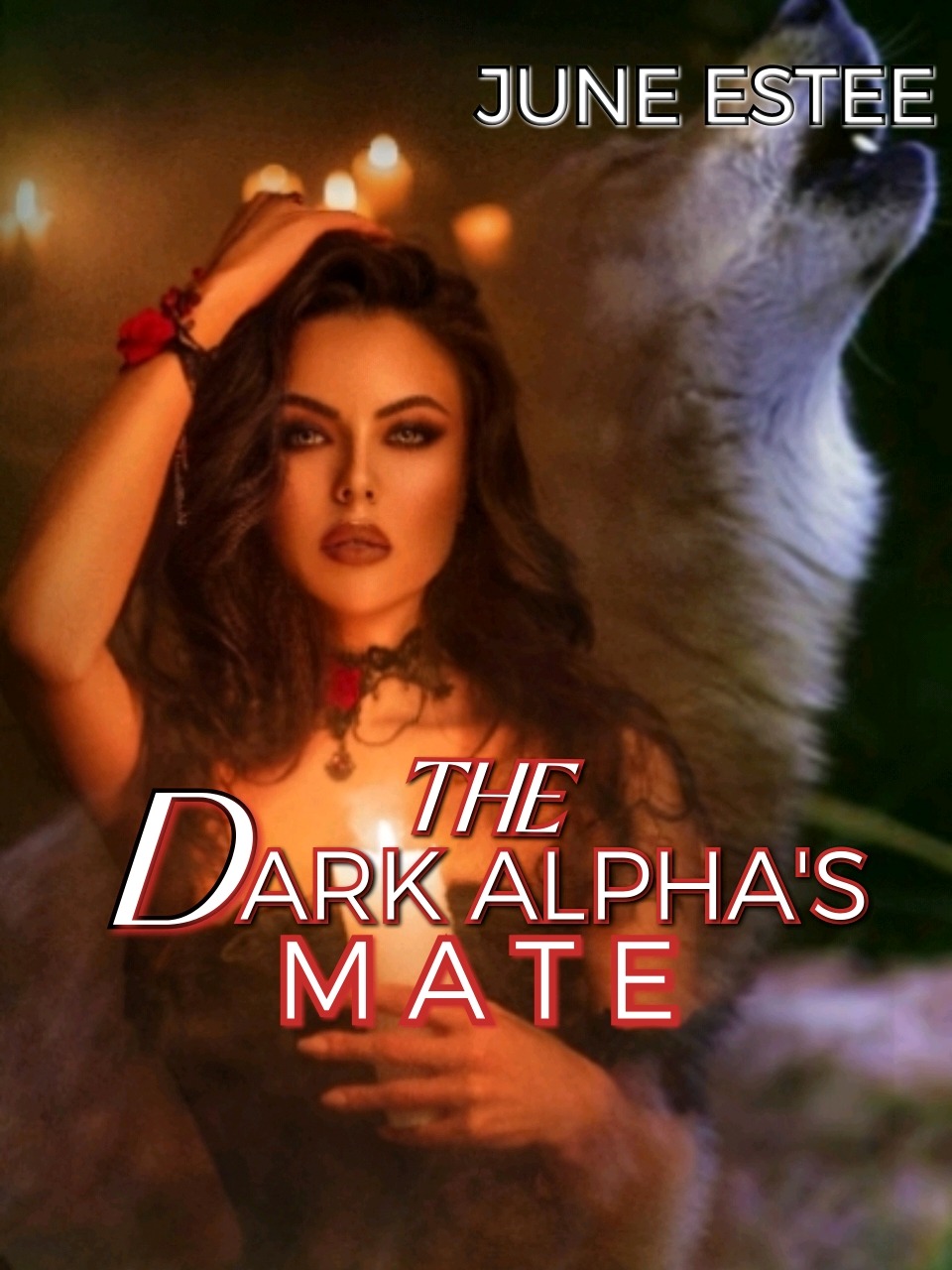 "You belong to me Ralia . I would make you love me, bend you to my will, but you will never have my heart, to me, you would remain a weapon to be used against the moon goddess." Ralia is a pure innocent, dedicated to the moon goddess since birth. She is not allowed to think any bad thoughts, or do any bad thing, otherwise her family would lose their fortune. When she is eighteen, her sister out of spite dresses her up like a whore and sends her to Lord Lesley, the dark Alpha, so he can seduce her, and destroy the family's fortune. Alpha Lesley, thinking that she is nothing but a whore seduces her. They are found by the rest of the family who demand they mate officially. Ralia is already in love with the dark Alpha, but Lesley only agrees to mate her in order to use her to revenge against the moon goddess.

I sat in front of my window, staring out, and wondering what would have happened if my mother lived if my father was poor if I did not have any brothers, and how my life would have turned out.

My family was not always rich. My father was a poor coppersmith when he met my mother, and according to what I was told, they fell in love with each other, married, and lived happily, but not for long. My mother kept giving birth to children – she had eight children before me, and there was just no money to take proper care of them. Things got worse and even worse for my family, until – just like in the fairytale stories, they met a witch. The witch gave them the key to riches, and I was that key.

According to the witch, my mother was going to have yet another child, this time, a girl, me. I was to be dedicated to the moon goddess and kept pure from every vile thing, otherwise, my family would lose their entire fortune.

If my father could love in the past, his ability to love probably died in the severe poverty he suffered, because even though the nurses had told him that another pregnancy could kill my mother, he still went ahead to get her pregnant, and all because of riches. She died giving birth to me.

I only have vague memories of my father, because he too died when I was only six. I still remember him scolding me with a controlled look on his face when I cried out for scrapping my knee, or any other childish hurt. He would then look at me with a stern expression on his face and tell me to be a good girl and shut up, that if I chose to be wrong, I could destroy the whole family. I didn’t know what he meant then, but I just knew it hurt to see how differently I was treated by the rest of my siblings. I felt like an outcast, with no love, no warmth, and no family.

And yet if my life was sad under my father, it was even more horrible after he was gone. My brothers used me as a pawn in their game of chess, provoking me to cry when they felt it would hurt the fortune of one of them, and threatening me to pretend happiness when they thought it would make them more good luck.

I was locked up in a tower room, having to take my lessons privately, and only getting allowed to the balls they threw on very rare occasions.

Today, I sat in my favorite spot in front of the window, staring out at a life I could have had if only I was born differently if only my mother still lived – if only my parents had never met that witch.

Cheyenne, al maid had dressed me in a peach-colored gown and put pearls in my hair. She always did that anytime there was a ball, and then we’d both hope one of my brothers would pop their head in and ask that I be brought downstairs.

The door opened, and I turned around so sharply that I fell off my seat, but it wasn’t any of my brothers, it was Cheyenne. She smiled sadly, already reading my mind and seeing my disappointment.

“I brought cards.” She held up her hand as though the cards were a peace offering, and I smiled.

Was easily my best friend, she was the only friend I had. No one else apart from my tutors spent much time up in my tower, and then even my tutors treated me like I was some leper – who knows what my brothers told them.

Cheyenne came forward to drop down unceremoniously on my bed. “Would you rather lose in a card game to me, or sit by the window being miserable.”

I smiled again. Even though Cheyenne was my maid, it did not stop her from using her smart mouth with me – she is my friend after all – and she cheats at cards.

I stood up and joined her on the bed, then began inspecting the entire cards to see if she had marked them. She was such a card cheat, I couldn’t put anything past her.

Finally satisfied that the cards were in good condition, I handed them over to her, when the door opened again. It was my brother James.

His eyes took in the scene in front of him, my maid and I playing cards, and he looked like he was going to scold me, maybe playing cards could also tarnish my innocence, but then he seemed to change his mind. “Come down to the party tonight Ralia.” He said curtly, then turned around. I exhaled the breath I had been holding when the door closed behind him, but then it opened again, and once again, I had to endure the scrutiny of his piercing gaze. “Tell your maid to make you more beautiful. I have boasted a lot about you. I don’t want to disappoint my friends.”

This time, when he turned around, he was gone. Just like that. No warm greetings, no asking after me, how I was faring, if I wanted anything. A tear slipped down my cheek, and Cheyenne caught it with her thumb before it could roll down my face.

“Look on the bright side Ralia. You get to go to a party tonight. You could even meet your prince charming today.”

I smiled weakly and nodded as she again led me to my dressing table. It was a game we both played, where we pretended my life would get better, that I was Cinderella, and that one day I would meet my prince charming at one of my brother’s parties, and he would whisk me away from the cage of my tower room into the freedom and love of his home, or that I was Rapunzel, and one day, an honorable thief would climb inside my tower room, hoping to steal treasures, but instead, would find the greatest treasures of all – me.

We both knew these games were mere pipe dreams, that they could never come to pass. No Prince charming would risk facing the wrath of my brothers just for me, but I still played these games of wishful thinking with Cheyenne, it was either that or focus on the miserable reality of my life, and my brothers would not want that, it could bring bad luck.

Cheyenne finally found the dress she was looking for, a wine red share fabric that was practically just bits of fabric held together. When she made me wear it, I did not feel like I had any clothes on. The dress exposed all my womanly curves for anyone to see, I did not even understand why such a dress was among my things in the first place.

Tears stung my eyes as I turned to face my friend. “Please Chey, don’t make me wear this to go to the party downstairs. I can’t just wear it. Please! It makes me feel . . . vulnerable.”

I watched as tears equally filled Cheyenne’s blue eyes. “I’m sorry Bella. You know I cannot disobey any of your brothers, and Master James specifically asked that you wear that tonight. He called me earlier today and told me that should he ask you to be brought downstairs, you were to wear that.

I turned away, feeling betrayed. “So you knew all along that my brother was going to ask for me to come downstairs, and he was going to make me wear that, and yet you kept quiet all this while, even offering to play cards with me. How could you Chey?’’

They came forward to hug me from behind, burying her head in the crook of my neck, so that I could feel her warm tears trickle against my neck.

“Please don’t be angry with me Bella, I couldn’t bear it. I’m sorry. I had hoped he would not call you, and that was why I remained silent about it. I did not want you to worry unnecessarily. Your brother is up to something, I just know it, and it scares me because I don’t know what it is.”

I finally turned around to hug my best friend, and the only true family I had as fiercely as she hugged me. Our hair tangled together, and our tears mingled as we wept.