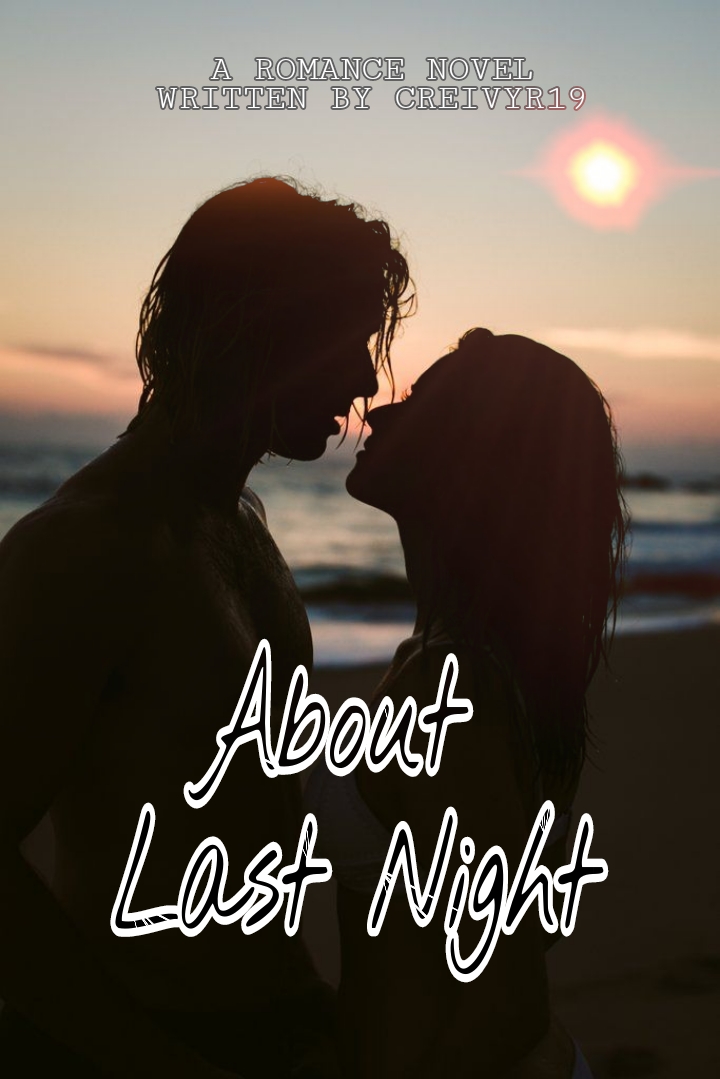 This story begins with the 24-year-old, young and independent woman who became a martyr in love. She is a kind of woman who is willing to sacrifice her soul and body when it comes to love. And especially who dares to love and hate the person who once became a part of her life. She is Kristina Delos Santos, a virgin and innocent woman who will meet two men that will change her life. These are Troy Madrigal and Mike Sandoval who despise everything to win and just get Kristina’s love. This story contains mature content! So, please READ AT YOUR OWN RISK!!

It was Thursday night after my work as a Nurse at General Santos Hospital, where I have been working for almost four years.

I was on my way home when my friend Annabelle who also works as a Nurse in London, called me on the phone. She's not just a friend but she is my best friend since Elementary.

I was shocked and confused when she said that she was going to my house tonight together with her friends from London, while she is talking to me on the phone. As far as I know, she was in London and far away from General Santos.

I think this is another prank or just a lie because Annabelle will always remind me in advance when she goes home to the Philippines. Even if she leaves the country next month on the said date, she'll let me know right away. Well, as I said she is advanced to remind me always.

Anyway, my name is Kristina Delos Santos 24 years old from Laguna. I'm single, with no boyfriend, and especially no husband.

I'm NBSB or no boyfriend since birth that's why I'm still too ignorant about love or still innocent when it comes to love especially in obscene things.

I've never experienced having a boyfriend even at that age because I  only focus on my carrier. Besides that, I  have no time for love or whatever things that makes me annoying because I  just wanted to achieve my goal which is to work in London as a Nurse. Which is one of my long-time dream.

I already considered myself an independent woman. I am no longer dependent on my parent's decisions or no longer relying on my parents.
Currently, I am living here in General Santos it's because here I was able to work.

I had a hard time when I first rented an apartment because it was so expensive. Aside from being expensive, my salary has never been enough for a month. That's why I planned to buy my own house and lot here in General Santos.

So, I saved up, I went into various rackets to double my income. Then after a year, I saved enough money.
After that, I decided to buy land and a house. And then finally my life is comfortable enough now.
I don't spend much anymore instead I save more money in my bank account. My house isn't big as you think it's just a simple house but I do feel satisfied and comfortable.

That night when I got home from work. I was tired and drowsy because of the many patients that day.
I went to my room to sleep. Just then I heard something noisy outside that seemed strange.

At first, I ignored it because I thought it was just some kind of animal that was outside my house. Until I heard a noise like someone was whispering outside my house, so that's when I started to worry.

I was scared and nervous that night, I thought that maybe a thief was planning to get into my house. And planned to do something bad.

I went out to my room.  I slowly walked to the kitchen to get a shield or a knife in case it was a thief, which I would somehow be able to defend myself against them.

After that, I slowly went to the living room near the door where I saw a shadow of a man standing out there.
I can’t count how many they are but I think they are too many.

I came closer to the door so I could listen to what they were talking about and while I was in the middle of listening I heard a glass fall near the kitchen. Because of the force of the fall, some of their comrades shouted.

I immediately looked at the kitchen and was even more nervous when I heard that the noise was already inside my house.

I was scared that night and I didn’t know what to do. It's too late to realize to call the police. I want to go up to my room to pick up my cellphone but I remembered that I would have to go through the kitchen before I could get into my room.

So, what I did was I bravely went to the kitchen to turn off the plank so, that it would be dark all around and so that they would not see me quickly.

When I was about to go to the kitchen to turn off the plank, I was shocked that the lights suddenly turn out even though I still had nothing to do.
The fear I felt was even double because I could see nothing.  I just kept thinking that this might be the end of my life.

I was already in the middle of my thinking those hours about what I was going to do and then after a few minutes, the light suddenly came back on.

When the lights came on, I was shocked to see many people standing in front of me.

I shouted and immediately closed my eyes to what I saw which was also the reason for me to be so scared and nervous.  "'Don't come any closer, I have a knife in my hand. We will all die here before you do the evil thing you are planning on me!"  I shouted and at the same time as the knife pointed at them while my eyes closed.

"SURPRISE KRISTINA !!"  Everyone laughed loudly at the same time as if they didn't care what they brought me in those moments.

I stopped and was surprised as if feeling happy.  "Oh my God! It's you, Annabelle? My God, I almost died of nervousness and fear of what you did Annabelle!" I say with a loud voice while still trembling with fear.