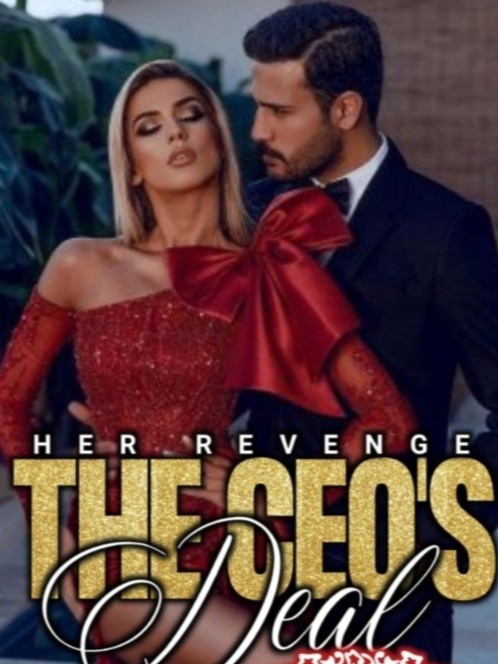 "Let's make a contract. I will help you get revenge and you cure me. What do you think?" Vincenzo's deep voice rang out, drawing her out of her misery. "Cure? How do I do that?" She asked, feeling determined yet confused. "All you need to do is have sex with me" Bang! Ariana Scott never thought she would fall in love with another person other than her fiance or be filled with a taste for revenge towards him after five years of relationship! Being cheated and almost died, Ariana vowed to take revenge by pairing up with Vincenzo Alberto, her boss and savior. Vincenzo who finally found a solution to his long illness which only Ariana can cure agreed to the contract but under one condition. The illness can only be cured when they have sex. Burning for revenge, Ariana agreed in exchange for revenge. What would happen when this revenge-cum sex contract marriage began sinking into an ocean filled with love? Is Ariana ready for another ride in love or will she continue to stick to her contract? What would Vincenzo do to turn this strange contract into something worth more?

On the bed of a spacious ward in a hospital, Ariana Scott, a fragile looking young woman in her early twenties, was lying eyes closed. She had a slender gorgeous body even with the white hospital gown on her and a bit curvy.

Her white skin looked extremely pale against the white hospital gown with her auburn hair flowing all over her petite face that seemed to be drained of all colors.

Ariana tried to open her eyes but the sharp light that penetrated it made her close it once more. She tried again. This time, she slowly opened them and finally adjusted to its brightness. Just when she thought she could stand up, she felt something sharp.

"Arrrrrrggg!" She cried out in pain, her emerald green eyes shutting tightly once again.

Ariana felt pain on her stomach and head. She touched her head and saw it was bandaged. Feeling confused, she pondered in her mind what had happened to her. She glanced around where she was and noticed she was in a room that looked like a hospital.

Images of her being flung up by a hit from a car, flashed through her mind. Was she involved in an accident?

That instant, memories of the accident rushed into her mind. She quickly placed her hand on her flat stomach and felt incomplete. There was something missing. That's when she remembered.

"My child… my child," she mumbled, trying to sit up.

As she was mumbling, the door was opened and Shirley walked in. She was her best friend and more like a sister. Light skinned, round blue eyes, tall with dark curly hair compared to Ariana physical traits.

She was surprised to see Ariana had woken up. She quickly pressed the bell to notify the nurses. There were drops of tears on her cheek as she wiped them off slowly.

"Thank God you are awake! I almost lost my mind, girl," Shirley said, embracing her not too tightly.

"Shirley… my child… I can't feel my child," Ariana said, still clutching her stomach." Is it too weak? What did the doctor say?"

" Ariana, calm down. You just woke up and you need to stabilize your body or else…," Shirley tried to say, ignoring her question.

" I will be calm when I know where my baby went! I can't fucking feel my child!" Ariana said, flaring up.

" Ari, we… I… the doctor… the child couldn't be saved," Shirley managed to say.

Ariana looked at her friend. She was silent for a few seconds before she started laughing." It's a prank, right? I know the doctor kept my child safe, right?"

"Ari, get a grip of yourself! The baby is gone. We had to save you… we couldn't save it," Shirley said, trying to hold her.

" Don't touch me, Shirley! Why the heck will you tell me that my baby is gone? Gone where? It's still supposed to be inside me for another seven months! Don't fucking tell me it's gone!" Ariana screamed, pushing her friend off.

Before Shirley could do anything, Ariana fainted. Shirley screamed as she held Ariana closer to her.

"Ari! Please, don't fucking do this to me! You got to wake up! Doctor! Nurse! Where are these fucking doctors!"

As Shirley was screaming, Doctor Martinez immediately ran inside alongside two nurses. They checked on her and after five minutes, she was slowly regaining consciousness. But she was clutching her stomach tightly.

" I am sorry, Doctor. She was asking about her child and was getting worked up so I told her what happened. I didn't expect her to faint," Shirley said, at the verge of crying.

" It's okay. She will be fine. She just fainted at the sudden news of the death of the child but she will be fine, gradually," Doctor Martinez said.

Then he turned to the nurse close to him." Give her the injection I instructed."

As the nurse drew closer to administer the dosage to her, Ariana suddenly opened her eyes. She got up from the bed, startling everyone in the room, including the doctor.

Ariana held her stomach as she started whispering to it," Liars! They are all liars! I know you are just silent because you don't want to disturb momma, right? I understand, baby. You can come out now, momma is awake"

Shirley watched as Ariana kept talking to herself, clutching her flat stomach. Her eyes were red but there was a scary smile on her face. She looked like someone who just lost her mind. Why were the doctors not doing anything?

"I think she is in a state of shock. We have to be careful around her. Different mother's have different reactions when they lose their child. Some might go crazy and inflict self injury. Let's just hope she wouldn't take it too hard on herself," Doctor Martinez said.

As they were thinking of what to do, Ariana continued talking while pacing around the room.

" Let's wait for your father. He will be here very soon and we can go home together," Ariana said, looking around her." Shirley, where is my phone?"

Shirley wanted to say something but the door was opened and a man walked in, looking all frosty. But underneath that frosty appearance, lay a little layer of worry.

Seeing the person that came in, Ariana lost control of her emotions. She thought that it was Rex but why was her boss coming towards her instead? He looks very scary and angry. Ariana had no time to think as she kept clutching her stomach while glaring at her boss.

The only person that her brain could process that moment was Shirley and… Rex. But where was he? These people want to take her baby! She doesn't even trust Shirley! Her baby still has months before coming out!

"Don't come closer to me! Don't you dare touch my baby!" Ariana said, her eyes filled with murderous intent." Rex! Rex! Where the fuck are you?"

Ariana kept screaming as she glared at the people around the room. She wasn't going to let anyone touch her baby!