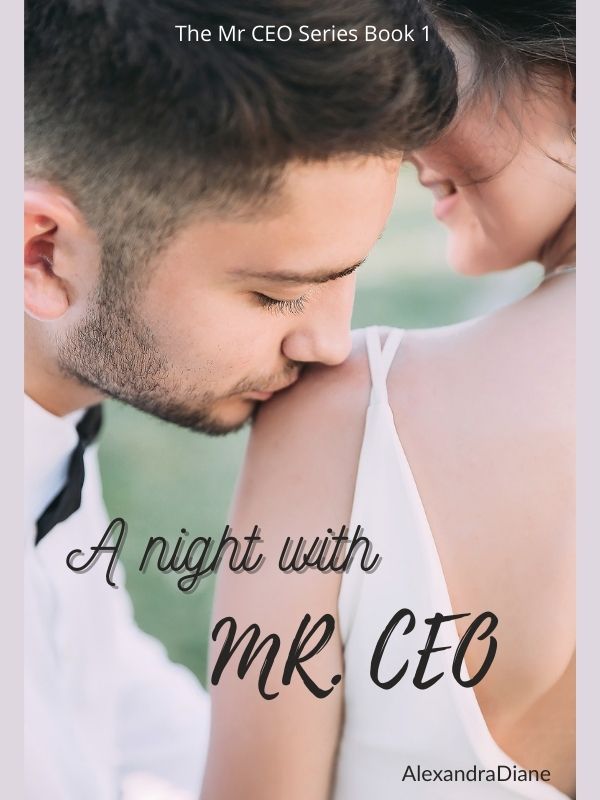 A Night with Mr. CEO

Childhood friends do have a special place in our hearts. Childhood love is innocent and pure, which leads to affection and the form of intimacy. At some point, this feeling may get reignited as teenagers or in adulthood. Their paths change as they grow up, but their promises wake up the hope of love. Fifteen years ago, there was a boy named Alex. He had a childhood friend named Lily, whom he adores so much. At a young age, they fell in love and started making promises. When accidental things occurred between them, they are fated by destiny after the fifteen years of separation. Alexandrian Romano, now a successful businessman and the billionaire CEO of Romano group, finds himself encountering her again. His love was reignited. However, to his dismay, Lily was now married to another man named Vincent and had a lovely daughter. Is it even possible for him to fight for his love now, now that she's happily married? Can they still fulfill their promises? Is it the time to accept reality and face the present? It all started from a night with Mr. CEO. Now, it ends with a future to be unfolded.

I am Alexandrian Romano. A well-known successful businessman and known for being a good man. There was also a rumor that I was having an affair with my personal assistant. But it was just a rumor.

Women said that my facial features were almost beautiful. My sharp eyes were deep and expressive like an eagle, and my lips were luscious as if inviting a kiss. With a muscular body that looked perfect in a black suit made by a well-known, expensive brand, I was indeed a dashing six feet bachelor, even if I did say so myself.

“When is your last day again?” I asked as we entered the lift.

“Hopefully, we can get someone who will be worthy to be your replacement,” I said with a shake of my head.

“You are so confident to answer me, you truly want to leave me,” I replied and gave her a pleading look.

She scoffed. “Don’t tell me that you don’t understand the purpose of my leaving?”

“I know! You are getting old, and you want a family,” I said, and we laughed.

We went straight to my office without looking at the long line of the applicants in the hallway. I sat on my chair and pressed the intercom to speak. I told my secretary to bring me coffee. When she came in, I instructed her to call the first applicant for an interview.

Mary Ann had been my personal assistant since I became the CEO of Romano Corporation. She’d been with me for six years and was like a big sister to me. Now she resigned because she got engaged to my best friend, John.

John was only one year older than me and the same age as Mary Ann. He courted Mary Ann for more than a year, and after three years of being in a relationship, they decided to get married.

Now I had to find a new personal assistant to fill all of Mary Ann’s duties.

I sighed and looked at my nameplate. It said Lilibeth but I wanted to be called Lily. I was one of the applicants sitting outside the CEO’s office. Before the interview started, I decided to go to the washroom first. I had to make sure that I looked pleasant and perfect for this position.

With my formal attire, I knew I looked presentable. When I got out of the washroom and went back to my chair, I caught a glimpse of a man.

“Oh! He looks elegant, is he going to be my boss?” I asked in a gasp. “He also looks familiar…”

After five minutes, a woman carrying a coffee cup came into the hallway and entered the room. As soon as the woman came out, she immediately called the first applicant. I watched the first woman enter the room. I patiently waited for my turn. I had to be the CEO’s next personal assistant.

I left my daughter at home with my mother because Vincent wasn’t home today. My daughter didn’t go to school because she was not feeling well, she had a cold. Vincent made my daughter happy. He gave her everything she wished for, he couldn’t say no to her.

Vincent and I had been married for five years. I was pregnant with Angela when we agreed on getting married. He was my best friend. We met when we were in tenth grade. He was a new student in our school: quiet, shy, and an introvert.

One day I forgot my notebook in our classroom and needed to go back for it. I saw Vincent peeking through the window. I got interested and looked at what he’s peeking at and saw our English instructor walking in the hallway. I glanced at Vincent’s expression. He was like a girl gazing at her ultimate crush.

I stood on his side for at least five minutes, but yet, he didn’t discover my presence. When I finally patted him on the shoulder to call his attention he was shocked to see me catch him daydreaming. I asked him if he had a crush on our English instructor. Of course, as expected, he denied it, but I saw him blush.

I told him that I had been standing there for more than five minutes and I saw everything. He couldn’t deny it to me. Then he bowed his head and begged me not to let anyone know. I had no habit of interfering in other people’s business… From that day on we became friends. Our classmates started teasing us because of our closeness.

And on the same day, I discovered Vincent’s secret. Even his own family, especially his parents, did not know about it. So when I got pregnant, he did not hesitate to marry me. And in those times, only Vincent knew what had happened to me.

At last, the door to the CEO’s office opened, and one applicant walked out of the room. Her shoulders were down and she looked dismayed. I started to feel uncomfortable.

I rose from my seat and fixed my hair before I followed the woman into the room where she entered. She held the door open for me as I walked in.

The room was enormous with a black leather couch around an oval table. There were a few pieces of the magazine over the table. And in the corner near the glass window was a long table with six chairs. Beside the bookshelves was Mr. Romano’s table and swivel chair.

The man sitting in a swivel chair with his arms resting on the table stared at me. The man looked tall and powerful even though he was seated. The outline of his face was firm but not too rough, which made him incredibly handsome. He had sharp, deep beautiful eyes like an eagle.

The beautiful woman gave my CV to Mr. Romano. She had to be his personal assistant. After the man took my resume, she left the room.

“Good morning, sir,” I greeted and waited for him to tell me to have a seat. I felt nervous even though it was not my first job interview. I hoped this was the right company for me. But why did I feel scared?