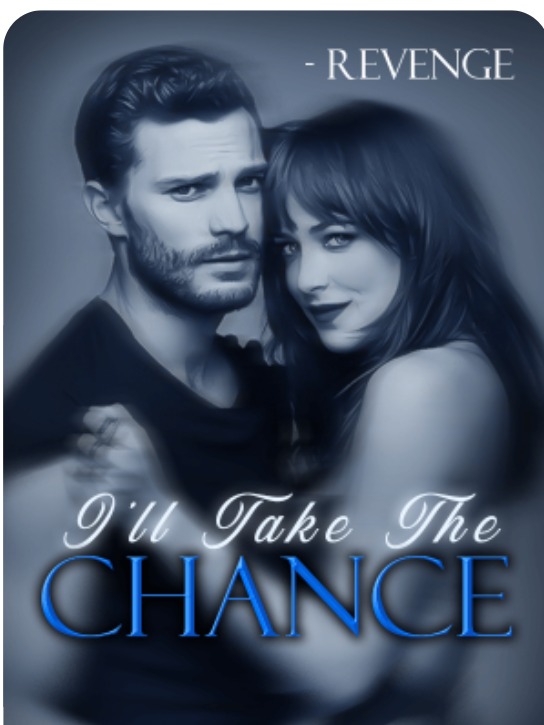 Dren is an orphan. A self-made billionaire, full of dark secrets. A CEO of one of the largest companies in the city.He is known to be moody and creates fear in the hearts of those who work for him. Rovena is not a citizen in Dren’s country.She is working part-time jobs just to survive. Then she meets the rich and successful man Dren. When they meet accidentally they feel attracted to each other. However, that feeling is lost because of a small workplace incident that triggered Dren's anger. He hates Rovena because of the embarrassment that he got. Rovena is working part time at Dren's company. Dren didn't terminate her but Dren started avoiding and ignoring her to punish her every day while she worked for him. Rovena feels hurt and afraid at Dren when she discovers his dark secrets. Because of that she said goodbye to him. Years have passed by since Rovena left Dren but he still can't forget her. Then one day they see each other again at a party. Will Dren take that chance to tell her that he is still in love with her? Will Rovena overcome her fears towards Dren? Will she be able to accept his dark secret and give her another chance?

It's a cold winter's evening. The weather is bad. There is a snow storm. In one of the pubs in Vienna, Austria.There is a man sitting alone on the bar counter. All of the people who went to the pub went home. But the pub owner can't send this customer out of the pub even though he wants to close his pub because of the bad weather. The pub owner just decided to close the pub when that man, who is their last customer, leaves the pub.

He is Dren Wolf. He is an angel investor who invests his own money in different holding companies. He is also the owner and CEO of DW Manufacturing & Distributing Company. It is a large manufacturing and distributing company of milk that is located in Vienna, Austria.

As described by many, he is a billionaire with a devil-like attitude and an angel-like appearance. He is known to be moody and create fear in the hearts of those who work for him because he is a little bit unwell.

Dren is feeling shattered because today is his birthday but also the anniversary of his parents' death. Until now, he still can't accept that his parents' were gone. He lost everything when they were gone. But he is thankful that his Uncle Ivano , his father's best friend, saved him and took care of him until he became what he is today.

Dren was awake in deep thoughts when the bartender gave me his order. He drank all three glasses of beer that he ordered. He dropped by a pub again, just to drink so that he could forget how his parents were lost...

That was 18 years ago, but the memories are still there in his heart and mind. The year is 2003, and the location is somewhere in Asia.

It was his 10th birthday. They are on a luxurious passenger cruise ship owned by his parents. He was eating dinner together with his parents and Ivano. Ivano is his father's best friend. They decided to treat Dren to a sumptuous meal in one of the finest restaurants on board that large cruise ship.

But Dren felt afraid when he heard a loud explosion nearby. Suddenly, all the lights turned off. Dren couldn't see anything for a few minutes until there were flashes of light coming from emergency lights and flashlights. Then he heard commotion. Inside the cruise ship, passengers are in a state of panic.

Dren heard some passengers say there was faulty electrical wiring on the ship that caused that loud explosion. It caused huge damage to the ship and caused a total loss of electricity. The ship was stranded in the middle of the ocean. He heard that the ship was about to sink.

The passengers grew more anxious. The crew on the ship called for a rescue. The rescue team immediately arrived and started saving the passengers from the sinking ship.

Some of the crew approach them so that they can transfer on the other ship safely. They want to protect Dren's family in any danger because they are the owners of the cruise ship.

But the next incident was not expected. Then there was a series of loud explosions that happened again. It caused a big hole on the side of the ship. Then big waves splash on the ship, and the seawater starts to enter the ship's hole.

Dren's father was holding his mother who didn't know how to swim. While Dren clung to Ivano's arms tightly because of fear. Half of the ship was set on fire while the other half was filled with water and slowly sinking. There was no choice but to jump into the water just to reach the lifeboat down there.

The crew helped their parents jump into the water first to reach the boat where the other passengers climbed to transfer to another ship that would rescue them. But before the ship crew and Dren's parents reached the lifeboat, a big wave was splashing that made the ship crew lose their grip on Dren's parents. They tried to save Dren's parents but the big waves carried his parents away from them.

Dren heard Ivano's voice, full of fear, calling the name of their parents while holding Dren's tightly.  They are still standing on the sinking ship and the fire behind them slowly creeping towards them.

Ivano was full of fear while shouting;

Alexander was drowning but he still managed to shout back;

" Ivano! If anything happens to me, please take care of my son."

Dren felt suffocated because of the smoke coming from the part of the ship which is burning . He almost fainted. Then he never heard his father's answer again. He felt like he couldn't breathe. Knowing that there was a possibility that he wouldn't see his parents again. Ivano jumped on the water holding Dren tightly when he felt the hot temperature of the fire behind them got intense. It is either to jump into the dark water below or be burned by the fire burning behind them. Ivano tried to reach the lifeboat.He tried all his might to save Dren when the big waves splashed on them.He held Dren tight, but Dren felt suffocated in the water. He can breathe no more. Then everything went black for him.

When Dren opens his eyes again he is in the hospital. He wakes up from a coma. He saw Ivano crying beside his bed so he asked him;

" Why are you crying Uncle Ivano? "

" Where are my parents?"

" I'm sorry Dren, but your parents were dead. And they were already cremated. One month had already passed since the ship sank and I brought you here to the hospital. I'm thankful that you are awake now.

Dren kept silent. He was not able to speak when he heard what Ivano said to him. That bad news feels like a bomb that exploded in his ears when he heard it. His parents were gone. It means he is now an orphan.

Dren cried silently. He couldn't accept the fact that his parents were gone. He wanted to cry a lot.

" Cry out loud if you want Dren. It will help you ease the emotional pain that you have." Ivano said to him.

Dren suddenly shouted because he couldn't bear the heartache that he felt upon his parents death;

" Your parents don't want to leave you, Dren, for sure, but they just didn't survive." Ivano said in a sad voice. It is also painful to him that his best friend Alexander was gone. And he wouldn't see him again.

Dren didn't answer. He just cried and cried a lot. He taught that he can't go on with his life without his parents.

" Don't worry, I'm here to take care of you. I will bring you to my own country. There, in Austria, you can start a new life. I will just settle all the things that your father left her in Albania. Then my wife and I will go home to Austria. We will bring you there."

" Thank you, Uncle Ivano." Dren said while he sobbed.