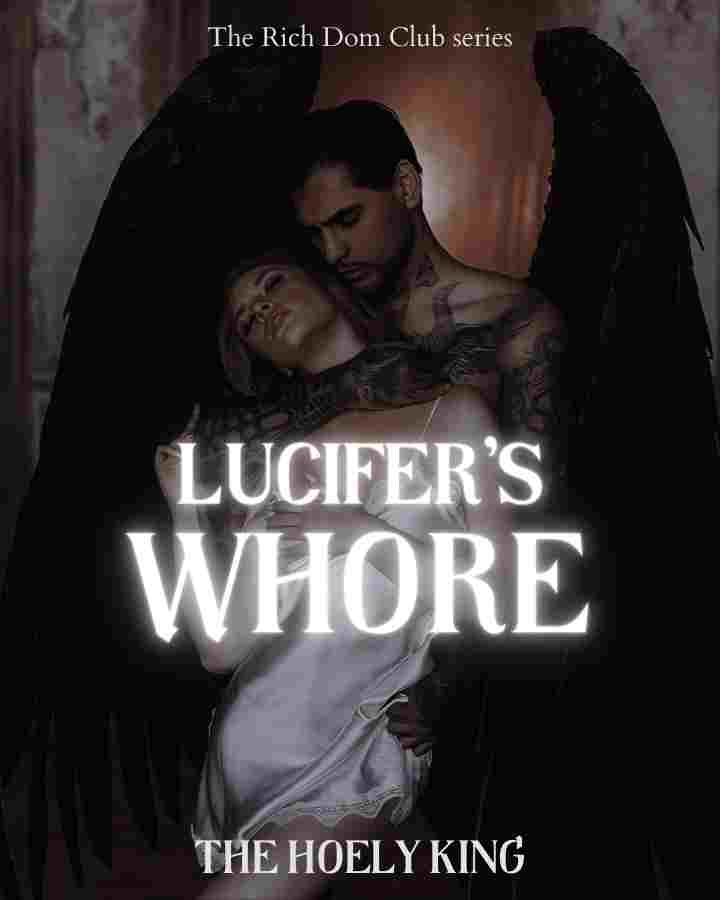 Book One of the Rich Billionaire Dom’s Club He had a chain of dark clubs spiraled all over the city, he was a wanted man yet everyone could see him, No one wanted to go against him, no one wanted to go against the man of the moment. He could do and undo in a matter of seconds. No one knew his real name, nobody knew how he became that powerful, they only called him who he acted like; Lucifer. Afterall he was an incarnate of the devil himself. Isabella Moretti was a striper, a fiery redhead who knew the kind of men she wanted and what to do to get them. Isabella and the devil met at a masked party and all hell let loose after she refused to dance with him. Lucifer rarely took no for an answer and Isabella won’t be the first.

You’d smell her first before you see her, the rich smell of sensuality and woman power. That was what everyone at the party smelled too. The whole world is on pause waiting to see the goddess who just arrived at the party. The sound of her heels connecting to the floor became louder and the majority were eager to see the woman who walked fearlessly like she owned this part of the world. This was a party everyone was scared to mess up at, this was the party that decided if you were going to be granted a chance to eat with the big dawgs or a silly mistake that would ruin you forever.

Lucifer was lazing around, nothing more because he was absolutely not enjoying the party. If it was left to him, he would rather be at home exploring new ways to deal with his subs or even in front of his computer trying to look for any illegal happenings in his clubs. Vincenzo was launching a new line of company that was why they were here, at least in the words of his friends. They all knew it was a lie and they are all here to scout for new women who share their obsession and probably have one for the road.

“Hey Luc, are you having fun or you want us to go somewhere secluded, you know?” Julian Mendes asked with a wink and the rest of the crew doubled in laughter, everyone except Lucifer because he knew his friend was crazy.

“What the fuck in Luc or would you be glad if I call you Jules or Julie?” Lucifer asked and the rest laughed again. Julian was trying to make the situation fun because if it was left to the host of the party, everywhere was getting boring already. Julian tried to lick his lips and wiggle his brows at Lucifer and he groaned before giving him the middle finger. Julian was crazy and his craziness was definitely not what Lucifer wanted tonight. He wanted something more. Something daring and sweet, something in the form of a luscious woman with a very nice submissive attitude.

“I see your pupils dilating, you’re thinking of how much pleasure I will bring you. Oh Luc, don’t be a dirty boy, daddy would deal with you” Julian added again  and this time, Lucifer threw what he was holding in the direction of his friend. He had thrown it before he realized it was his car keys. The same keys Julian had been begging him for, tonight couldn’t get any worse.

“Lucifer, just look towards the door, this is your woman. This is the woman for you” Julian said again and this time a little seriousness was creeping into his tone but Jordan knew his friends quite well, he wasn’t going to take any chances with him. Or else if it turned out to be wrong, he would be teased till another person did something stupid. It was how things were around here.

“He’s being serious guy and no one would laugh at you” Vincenzo chipped in for the first time since they got to the party and Lucifer decided to believe them. He turned to look at the door and his breath got stuck in his throat. This woman didn’t look like a human, she probably descended from the seventh heavens or the seventh hell. Whichever one, Lucifer was born ready for her. He stretched out his hands and Julian returned his keys and he adjusted the Armani suit he had on before taking a walk towards her. He could hear his friends murmuring in the background. Bastards!

Lucifer waited to greet a few people who interrupted his movement while keeping his eyes on the ultimate prize for the night. He passed a few models who he had a fling with in the past, nothing too serious. His appetite was wet for something more, something a tad bit new. Something that posed as a challenge not them. He didn’t even have to try hard to get them. They were always ready for him, they didn’t mind the pain he brought them, they just wanted to be between his sheets or tied to the pile in his red room.

Lucifer whistled while he finally made his way towards the only woman whose charm was enough to pull him away from his group of friends. She was in an animated conversation with Max DeLuca, a distant friend of his. He knew Max wasn’t a threat to him because he was married and his wife was probably somewhere around taking a drink or in the bathroom adjusting her dress. Lucifer had always wondered how she committed to him full time. That was one thing the devil was not capable of feeling, the stupid feeling of being tied to someone. He would rather die and be hanged by the balls.

Love was crazy and it would make you do unthinkable things, that was Max’s response to him when he asked and Lucifer only hoped it stayed far away from him and his friend. He couldn’t imagine having the same meal for the rest of your entire life, it was absurd. He shook his head and he continued his journey towards Max and of course the lady in red. That was his focus for the night.

“Hello Maxwell” He greeted as soon as he got to them

And Max turned to pull him into a brotherly hug. He wasn’t close to Max the way he was close to the other animals he was friends with but they sure do keep in touch with each other. Vincenzo would call it the billionaire’s way of keeping friends. It was funny but he knew it was the absolute truth.

“Oh you sneaky bastard from hell, where have you been ? I didn’t see you at Matteo’s Charity dinner, I thought you weren’t in town” Max asked and Lucifer shook his head. He wasn’t here to talk about business but at this rate, he wasn’t going to get introduced to the Belle. When he was close, her perfume had an effect on him and he knew Julian wasn’t bluffing when he said she was the woman for him.

“Matteo is breaking the code of conduct, attending his events is like egging the bad side of the society on. Matteo would come to rubbish what we stand for and it would come back to bite us hard in the arse. I would not be a party to that. Sadly, when things go south, even we that saw it from afar would be affected” Lucifer replied and Maxwell nodded in understanding. They all knew what was going on but everyone was waiting for who would take action first.

“Anyways, I’m here to rewind and forget about reality. qui est cette belle femme à côté de toi”  He asked the last part in French and with the way Maxwell laughed, He knew he had fucked up. [Translation: Who is this beautiful woman beside you?]

“La belle femme parle français. c'est impoli de ne pas demander avant.” She replied back in French before stuttering off, leaving behind a show of backside for Lucifer and of course an atmosphere of her perfume. He had no idea she spoke French and Maxwell continued to laugh at him. He watched her leave and the soft sway of her wide hips made him enthralled for a moment, he would have anything to be buried in between those thighs. [Translation: The beautiful woman speaks french. it's rude not to ask first.]

“I should have known the devil wouldn’t come across the entire room to greet me unless something else was involved, something else like a hot woman” Maxwell continued to taunt him and Lucifer raised his hands in mock surrender.

It’s not his fault that he wasn’t a fan of small talks and he would rather be everywhere else than in the midst of a conversation that required him to talk about himself or his plans. Many wanted to know how he managed his night club and many looked for a way to gather first hand information from him. He wasn’t that loose and it would take a lot of time to get him to become that loose and talk about his businesses to strangers whom he knew wanted him down.

“Just answer the question Maxwell or do I have to go after her?” He asked in mock surrender, making Maxwell laugh the most. The bastard was clearly enjoying the discomfort and Lucifer was wearing thin. He needed to get to her before anyone else.

“She’s my cousin and her name is Isabelle. I’ve never had anyone show interest in her via me so I don’t know what to say. Just be careful, Isabelle is quite dangerous even for a man like you.” Maxwell added before slipping a gold crest card into the hands of a waiting Lucifer who had  a smirk on his face, he was up for whatever challenge the beautiful woman who spoke French was willing to pose at him. This should be fun.

He turned back to his friends and he whispered that he was coming back to them. He knew it wouldn’t be long before they found people to go home with and as for him, he was surely going back home with Maxwell’s hot cousin who spoke French.