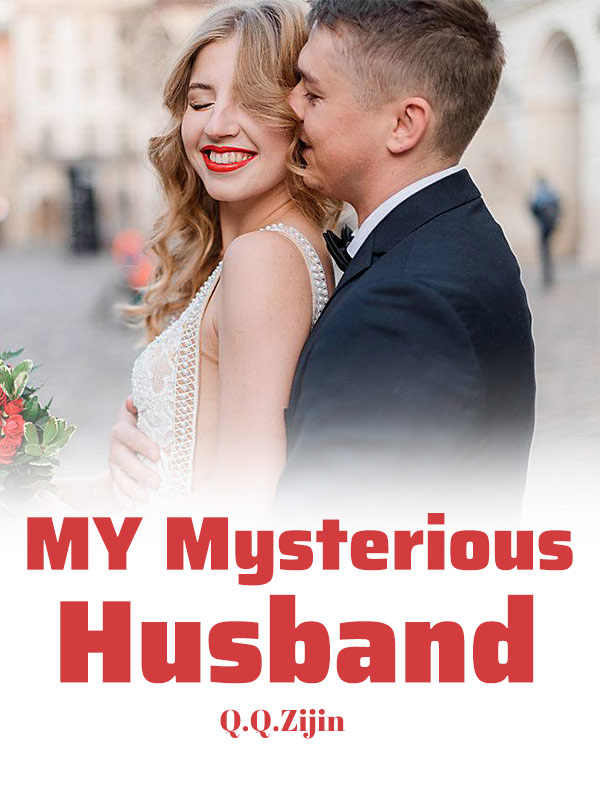 Mr. Jordan, you just said you were looking for someone to get married. How about me? After being betrayal, Ella found someone she had never met to get married, and each could get what they needed. Unexpectedly, this marriage was the turning point of her whole life. The future was uncertain. Was it another pain to break her heart, or the coming sweet love, or the last stop of love in her life? "

Chapter 1 Teaming Up to Marry

It was noon. The sun blazed in the sky.

Ella Johnson was dressed in a white wedding dress. She stood at the entrance of the bridal shop and looked at the couple hugging and kissing in the Cayenne by the side of the road. She felt a chill in her bones.

Today was the day when she and her fiance would try on wedding dresses. They had agreed to meet at the bridal shop. She did not expect that after half a day's worth of waiting, she would see something like this.

The man's back was turned towards her. He kissed the woman so passionately that he lost himself in her. She responded in kind. Through the car window, she smirked at Ella.

Ella felt like she had been struck by lightning. She absolutely did not expect that her sister would be the one who messed around with her fiance.

Tears rolled down her cheeks. Ella gritted her teeth, feeling ashamed and angry.

She was such an idiot!

Five minutes ago, Reagan Trevino had texted her, saying that he couldn't wait to see her in her wedding dress. She hadn't given it a thought and went downstairs to wait for him.

And now, the wedding dress on her body was the biggest joke.

Ella understood in an instant.

That text message was sent by Melissa Collins. Melissa had told her to come down just so that she could show off to Ella, letting her see this sight.

That woman and her mother had both taken over her father. Now, Melissa wouldn't even let go of her fiance.

But what made Ella even more crushed was Reagan Trevino's betrayal.

He knew that she hated Melissa, but he still conspired with Melissa to stab Ella in the back.

Ella felt as if she was having a nightmare. She feared that she would lose control of her emotions and act irrationally. She could only escape that place before Reagan discovered her.

Not long after, Melissa dialed over. Her voice was filled with self-satisfaction. "Did you see that, dearest sister? Reagan has always loved me, so he won't marry you. I won't let him marry you either. He's mine. Give up!"

The entire afternoon, Ella had walked in a daze on the streets. She dragged her dress with tears in her eyes, unaware of the gazes of passing pedestrians.

When she passed a club, she went in and ordered a ton of alcohol. She sobbed her heart out as she drank, fervently wishing to numb herself with the drinks.

That night, Ella got incredibly drunk and fell asleep sprawled over the sofa in the private room.

The next morning, she was woken up by the ringing of her phone.

She picked it up in a daze. Before she could speak, Reagan's angry voice sounded. "Ella, where are you? Didn't you know I waited the entire afternoon at the bridal shop for you? If you don't think much about it, then I don't think we're going to marry!"

Ella immediately sobered up. Sadness and bitterness filled her heart.

She had stopped wanting to marry since yesterday.

After hanging up, Ella went to the bathroom to wash her face. Then she left the private room and prepared to pay for the bill.

When she walked to the corridor, a tall figure walked toward her.

Ella hadn't noticed him at first. When the man neared her, she heard his assistant speak respectfully from behind him. "President, the chairman has given his orders. Your itinerary for the day is to register your marriage at the Civil Affairs Bureau with Ms. Knight, and then have dinner with her to celebrate."

"But... the chairman said that you must get married no matter what. If it's just because you don't like her, then he can send you other women until you're satisfied."

The assistant, with cold sweat on his face, conveyed the words of the old chairman with caution.

"Ugh, he just won't give up. Pick any woman from the celebrity circle. As long as she's not forced over by him, anyone will do. I will make him completely let go of this idea."

He snorted coldly. His actions were extremely swift.

The assistant was stunned. "You're not joking, are you, sir?"

Regardless, this was about a lifelong event. Wasn't this too sloppy?

The assistant wished to speak, but stopped on second thought. Seeing his superior's unrelenting expression, he could only stay silent.

It was this moment that Ella couldn't help casting a sideways glance at the man.

He was an extremely outstanding man. His facial features were sculpted and exquisite, like God's work of art. He had a high nose bridge and a pair of fine eyebrows. It was hard to glimpse into the soul behind his eyes.

He wore a tailored suit, which made him look tall and handsome.

He had a cold and unapproachable temperament. He was like a majestic king who had to be obeyed, exuding a sense of alienation, making people feel that he was unapproachable. His aura was so powerful that it was intimidating.

Ella recognised this man. He was the president of Diamond Enterprises, Kyle Jordan. He was regarded as a king in the entertainment industry. He usually kept a low profile and seldom appeared in public. Once, when Ella was still an intern reporter, she was lucky enough to catch a glimpse of him.

She didn't expect that she would meet him here.

While Ella was deep in thought, Kyle had already brushed past her. Her heart skipped a beat.

Kyle was looking for someone to marry, and she had just been betrayed by her fiance. There was nothing holding them back in terms of relationships. Teaming up to marry might not be an impossibility.

Most importantly, she wanted to let Melissa know that even without Reagan, Ella could still be able to find an even better man. She wanted to make Reagan regret it.

With this in mind, Ella immediately called out, "Please stay, Mr. Jordan."

She had spoken a little abruptly. Kyle and his assistant were both stunned, and they turned at the same time.