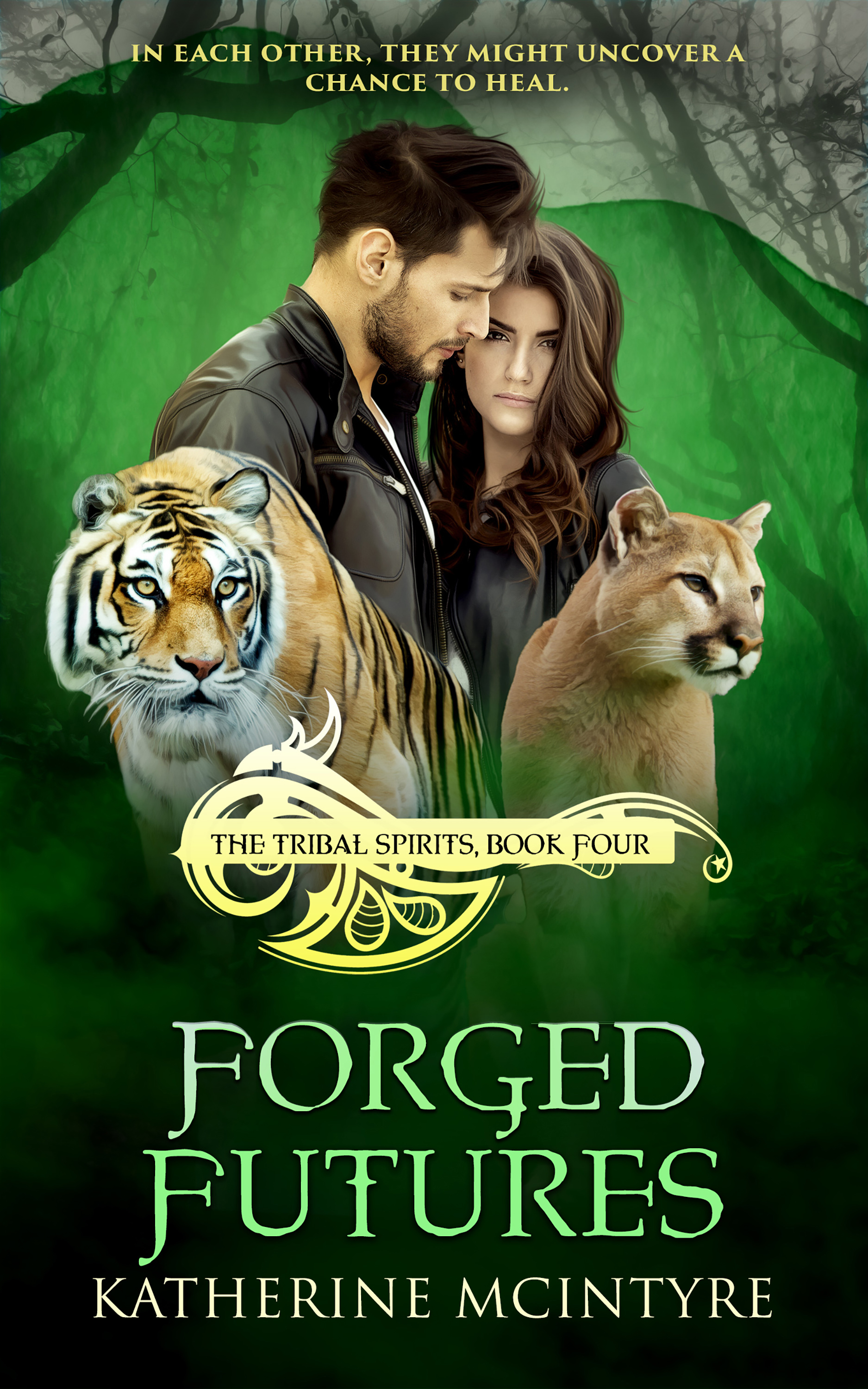 Lana’s barely surviving the loss of her husband when Tribe member Lucas offers protection from the Landsliders. In each other, they might uncover a chance to heal. Joe Ganzorig, Mackey Kendricks’ right-hand shaman, has appeared in Ricketts Glen again, and Lucas Diaz is on the job. Except this time, the Landsliders are targeting the recently widowed Lana Bennett. Turns out her husband’s murder wasn’t accidental—he was involved with the Landsliders and stole an anti-shifter bomb from the big boss himself. The Landsliders want it back, and they won’t stop their attacks until their device is delivered. Lucas volunteers to keep her safe while they search for the device, needing to protect this wry, stunning woman who’s still standing even after everything she’s weathered. Despite the distance they both try to keep, neither Lucas nor Lana can deny the attraction scorching them. However, with the constant reminders of Lana’s husband and the Landsliders increasing their threats by the day, these newfound feelings could expire before they ignite. And if the Landsliders find the device before them, none of the shifters will stand a chance of survival.

The house never felt as empty as it did in mid-winter.

Lana thought the loneliness would’ve gripped her by the throat in the early summer nights after Greg died, but those didn’t compare to the brittle ache that descended with the new year.

Even though she was standing right beside her microwave, the beep made her jump. She pulled the now-steaming mug of coffee out and took a sip. Since it was nine at night, she needed this to keep from being comatose after the double whammy of a shift on the ambulance followed by three sessions with her massage clients. She might have both bare feet planted on her hardwood floors, but her mountain lion hadn’t stopped pacing from the moment she’d returned home.

Her skin prickled. Something’s off.

She cast a quick glance around her kitchen. The shadows sloped with the dim overhead light splaying across chrome appliances and rustic hickory countertops. Nothing slunk through her kitchen. The heat from the mug of coffee soaked into her palms—the closest she’d come to feeling something all day.

Almost eight months had passed, and still she walked into the house waiting for his deep voice to answer her back. Greg’s worn spot on the couch remained empty, almost as empty as the hollow chamber where her heart had once beaten. She headed over toward her living room, winding around a stack of paperbacks that teetered precariously. Her coffee sloshed over the rim, the hot liquid stinging where it splashed her hand. Lana glanced at the windows, waiting for something to pop up, for eyes to be staring back at her.

Great Spirits, I’m going insane. Lana took a seat on the weathered corduroy couch and placed her mug on the scratched and dented coffee table. She needed a roommate, or at least a cat. Maybe a dozen—her local SPCA would be a danger zone for her. She should cave and take Ally up on her offer to move in.

Lana sat straight, her mountain lion perking to alertness. That wasn’t a squirrel in the bushes. Her heart raced, as it had the night of the bombings. She could still feel the burn of the colloidal silver ropes against her skin. And all she would ever see again on her floorboards was the crimson splatter as her husband slumped to the ground, dead.

Lana’s nails turned into claws on instinct, and a low growl built in the back of her throat. The scent wasn’t a woodland critter prancing through and didn’t belong to her pack.

She crept in the direction of the sound coming from the backyard. Her bare feet jolted with a shock of cold as she stepped onto the cool tile of her screened-in porch. Her heart pounded loudly, becoming almost all she could hear while she crept forward. Any moment, the door would fling open. Any moment, whoever stalked outside would attack.

Night-time breezes swept in through the screen, the chill of winter causing goosebumps to prickle up her arms almost as much as the distant hush that descended. Her throat dried, but she took another step. Even with Marcy and Rick living next door, if someone murdered her here, they wouldn’t hear a sound. Who knew if she’d even be found for days? Her eyes throbbed with the familiar pulse of phantom tears—she’d cried so much in the first month that they no longer came.

Her nose twitched from the unfamiliar scent. Where was it coming from? Lana took another tentative step, a heartbeat away from shifting. Her mountain lion paced inside her, begging to break free. Her cheeks iced, but she continued forward, her core temperature rising with the need to shift even as her outside froze. Ever since they had taken down the Coalition of Human Rights in September, quiet had reigned through Ricketts Glen. Too much quiet.

If she hadn’t been paying attention, she would’ve missed the sound—the soft whump of padded feet on grass.

Her teeth transitioned to fangs and she stepped closer to the door. Focus. Her skin prickled, the fur begging to emerge. She strode up to the handle and rested her palm on the icy knob.

Two sets of eyes glowed on the other side, feet away.

Her gaze landed on the two approaching grizzly bears, and she leaped back, as if the flimsy screen might protect her. With the poised control of their limbs and the menace in their eyes, Lana didn’t question for a second that the hulking shifters wanted her dead.

By the time she dived through the door and back inside the house, the bears had begun to charge. Their growls slashed through the air, and her heart leaped into her throat. Lana had made many, many split-second decisions to the point they’d become reflex. She raced through the house, her bare feet burning against the hardwood with the force with which she slammed on the planks. Mesh ripping resounded through her place, and a second later, the heavy pounding of the bears’ approach reverberated all the way to her.

She needed to reach her front door. If she got there, she could shift, and in her mountain lion form she stood a chance of outrunning them.

Lana’s breath caught in her throat as she crossed the distance from the living room to her front door, running closer and closer. The weight of the bear shifters echoed through the house, their footfalls like tolling bells. She didn’t dare look back at the intruders who raced for her, their snarls making their intent clear. They were closing on her, like a noose sliding around her neck and pulling tight.

An icy sweat broke out on her palms as she lunged for the handle, scrambling to grab the knob. She fumbled with it, trying to turn it and failing.

The bears crashed through her house, getting closer by the second.

Lana yanked the door open and vaulted out. She shut it behind her, the door slamming so hard she almost took the doorknob off. With all the trouble the Landsliders had caused in the region, she didn’t question that they were involved. Roars quaked behind her, muted by the door, and she rushed down her front steps. They’d bash their way through within moments—she needed to take advantage of the seconds while she had them.

The shift overtook her liquid-fast, already brimming on the surface. Her creamy fur pricked across her skin and her nails changed into sharp claws. Lana’s surroundings altered with the shift, the crystalline night growing even sharper in her mountain lion eyes, and within seconds she settled her weight onto four paws.

Lana lunged forward, slicing her way through the wilted grass at top speed.

At least, until an unknown wolf stepped between her and the road.