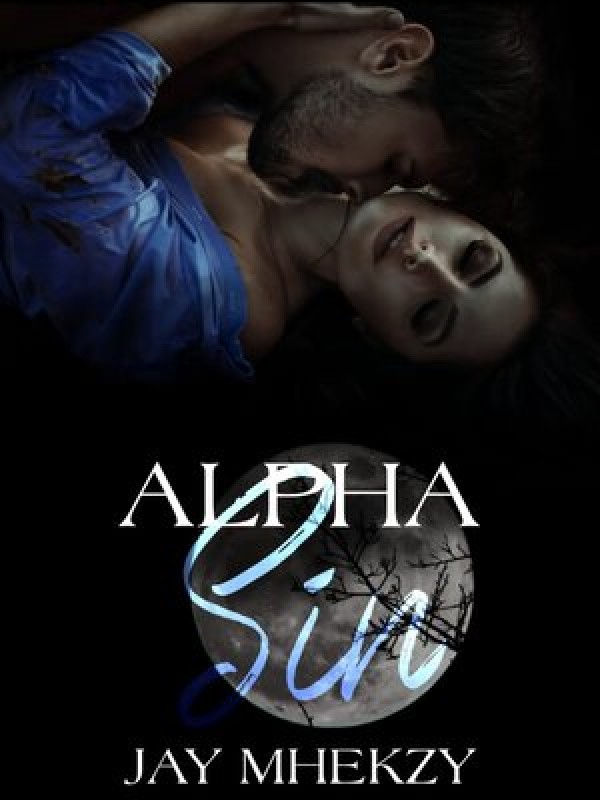 Artemisia's dream of marrying the man she loved shattered into a million fragments when her parents auctioned her off to a wealthy stranger she barely knew. She met the stranger at the altar and realized he was the same man she had met two years ago. After the wedding, Artemisia realized there was more to her new husband than he was letting on, and she decided to unravel the mystery even though it almost cost her life in the process. Sinclair Steele, the Alpha of Blue moon park and CEO of Sin Inc was about to ascend the throne. But before that, he needed a Luna by his side. He wasn't enthusiastic about getting married to his fling, who he believed was a golddigger, older sister. He got to know his wife wasn't the regular human he thought her to be. Instead, she was a gift made especially for him by the moon goddess.

My nose crinkled as I stepped out of the fifth room in the house.

I had been searching around for Julie for the past hour. Yet, I couldn't find her.

I went back to the dance hall and noticed some of the party-goers had already passed out.

Whilst others were heaving into the trash can, potted flower and anything they could see.

I gagged as a blonde staggered towards me. She had barf on her clothes and I wondered what she would have done if she had been in the right state of mind.

"Julie!" I called out as I stepped out of the door.

I inhaled and let it out slowly as frigid air smacked my face.

I rubbed my palms on my exposed skin and shivered slightly.

I didn't know it would be this cool. Because since the past week, it has been warm. Also, it hardly gets cold at this time of the year in Lanes.

It was a wonder tonight was cold.

Perhaps, the weather report I had checked earlier had been wrong.

I shrugged, walking around the parking lot of the house.

On the outside, it was a large plain-looking building. The only thing that stood out in it was the way the balcony was decorated with beautiful and different hues of flowers.

I could recognise only the fuschias, morning glory, and red rose flowers.

The rest looked quite foreign. But, I was sure I had come across it before.

"Where could she be?" I asked myself as I stood in the lot that was brightened by the light from the moon.

I glared at the lamppost that was beside me. I guess it was only for decoration since I didn't see a light from it.

I looked heavenward and I noticed the moon was at its peak.

The last time I checked the clock before coming out, it was past eight.

It was rare to see the moon outside fully by this time of the day. But, I wasn't surprised.

Swirling again as I heard a low groan, I sighted Julie hunched above a trash can.

Wincing, she clutched her tummy as she heaved.

"I won't drink anymore." She moaned, wiping her mouth with the back of her palm.

"Maybe, you shouldn't say a promise you can't keep," I said.

I lifted off her hair as it cascaded down her face. I had heard her a lot of times promising not to do things.

But, at the end of the day, she goes back to what she had promised not to do.

It wasn't her first time vowing to stay away from booze. It might be her fifth or sixth time. Maybe more because since she had gotten her fake age license she had been partying ever since then and it had been two years ago. We were barely sixteen then.

"It's good to see you are sober." I patted her back, before doing her hair in a ponytail.

I passed the bottled water with me to her, she opened it and rinsed her mouth as well as face.

"Artemis." She said as she straightened a while later. "You look better than I do now."

"That is because I touched only a drink. Besides, it was not that alcoholic."

Julie was the one that persuaded me to come to the pub. It was a night before our graduation and she had said we wouldn't get the opportunity to go out like this after tonight.

On getting here, she had tried to force me to take the tequila she ordered, but I declined. Yet, that didn't stop her from trying to shove the awful drink down my throat.

I had taken something else since I didn't want to look like the prude she had called me and despite it containing only a little bit of alcohol, it had affected me slightly because I was a lightweight.

The first time I tasted vodka, was when I vowed not to ever touch anything alcohol because I was overly drunk despite taking only a few sips of the monstrous liquor.

Also, I had embarrassed myself. I had kept to the vow until tonight.

But, I was glad I didn't take more than I could.

"Come on, let's get going," I mumbled, wrapping my hand around her waist.

The leaf rustled and the air became more frigid.

I used a free hand to tug the sleeve of the blouse I donned. But, it was of no use because it was way too short.

I groaned, whilst shivering slightly. I felt Julie did the same and I wondered why she was cold since she wore a leather jacket.

I helped her zip it up before proceeding towards the house.

The rustling continued. Surprisingly, I could still hear it even though I had left the side of the bush where I heard it the first time.

My ears perked up as I heard a low growl. Glancing back, I noticed the place was empty. Just like I had left it a few seconds ago.

But, then the growling continued, making me wonder where it was coming from.

I shrugged as I didn't see anything out of the ordinary whilst assessing the environment.

I turned towards the house once more and yelped as a man appeared in front of me.

Glancing up to glare at the man that had startled me, my breath caught in my throat.

Earlier, I thought Aaron and Jordan were the only perfect boys I had seen.

The person in front of me was perfection itself.

Although he wasn't a boy, he didn't look to be much older than I was. Perhaps, he could be in his early twenties.

I frowned as a smirk formed on his face. Perhaps, he had caught me staring at him for too long.

It wasn't my fault though. It wasn't all the time I saw a 6ft man towering above my 5ft 6inches.

His eyes, I couldn't fathom the colour because it was quite dark and I didn't mind. As far as I could make out his physique, it was fine to me.

I am freaking drooling because of this stranger in front of me!

He looked mesmerizing and beautiful. Too beautiful for his good. It should be unacceptable to be this gorgeous without even trying.

But, I wasn't complaining.

I could stare at him forever, but I knew I needed to stop so as not to make me look weird in front of him.

I licked my lips whilst staring at his face once more as I had been ogling his hands and thinking of what it could do to me.

"A penny for your thoughts." He chuckled, tucking his hand into the pocket of his pants.

Aside from his look, he even sounded sexy!

What a freaking s*x god!

From his tone, he sounded like he wasn't from here. He had a thick foreign accent. I presumed he was English since I had a teacher that speaks exactly like him and he was from England.

"I'd love to say I'm a god but I am not even close to it." The stranger said, jarring me out of my thoughts.

Heat rose to my cheeks and I stared at the floor momentarily.

He was cocky, I noted. But, he was better than the perverted boys I had seen in the house earlier.

"What are you doing out this late?"

"Umh…" I began, ignoring his question. "Do you go to school around here? I mean college." I added as I saw his confused gaze.

"School?!" He chuckled as if it sounded amusing.

Maybe it does, I mused. Also, I assumed the way I asked the question sounded a bit funny.

But, I believed no one was above education. Although I had heard a lot of adults attended Lone Oaks High, I haven't come across any. Perhaps, I had and didn't pay attention to any of them because I was that oblivious sometimes.

The stranger before me seemed mature. Yet, he didn't look like a high schooler nor did he seem like he was in college. He looked rather sophisticated in the tailored fit suit he donned and his hair was in a man-bun which added to his attractiveness.

I stared at her and clutched her hand that I had dropped, maybe by mistake due to how startled I had been.