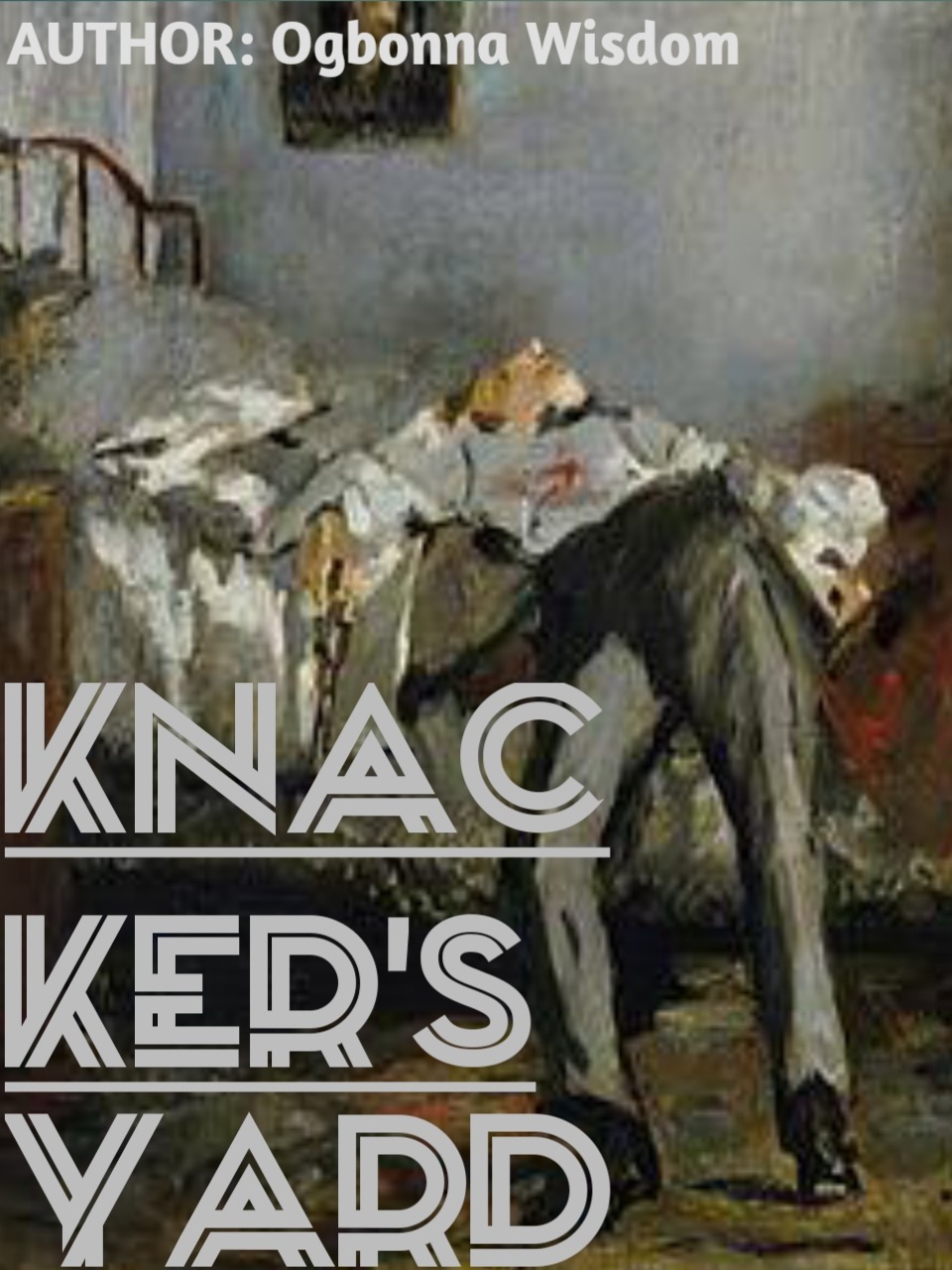 A young boy in the house of slaughter, losing his mother at an early age without a good knowledge of the cause of her death. Curiosity increased as he increased in age, being fed with lies about his mother's death by his father. At a point in his quest to find out the truth about his mother's death, he gained access to his father's secret room and behold it was a shrine with his mother's corpse hanging at one corner of the room. Confronted and kept confronting his father on the Matter till his father got fed up and sent him to live with a Christian family. Life after leaving his father's house wasn't what he expected.

Coming back home on a sunny afternoon, entering into the house, I saw my mum lying helplessly on the floor in a pool of blood with my dad right beside her. At the same time the female servant was been taken away by some police officers .I couldn't understand what was going on especially the fact that my mum was the one on the floor lying helpless.

Can someone tell me what is going on ? I muttered in between tears , but there was no response because it seemed more like a rhetorical question. Unbelievable but true my mum is dead, I tried getting an answer from the only person left , all he could mutter was "the female servant". He seemed to be in a trauma of what just happened, that was the only information I got about my mum's death.
The next day been on a Tuesday morning, a friend of Dad came visiting he was the former inspector general of police Inspector Desmond by name.I knew him very well since he always visits Dad,he came to sympathize I guess as much.I decided not to come out and greet him as usual even my dad didn'nt bother me on that as he normally calls me out to greet his visitors, I stood close to the door leading to the parlor listening to their conversion at a time their voices became lower,one can hardly hear them talk. Then I peeped closer to see what it was all about I saw Dad and inspector Desmond close to themselves shaking hands in an unusual way and making some statements at the same time,I think I heard Dad say "no blood" then inspector Desmond will respond "no glory" they did this three times after which inspector Desmond took his leave but I wasn't sure what I heard but I took it that it was what it was. I quickly rushed to the kitchen, picked a knife ran back to the parlour to meet or rather stab my Dad.

Curious to know,I began to threaten my Dad "what was that all about?" I shouted on top of my voice with the knife on my hand pointing at my Dad, but my Dad was not the fidgeting type he stood in front of me as if I was holding nothing "what was what all about?" he asked pretending not to know what I was talking about, "no blood no glory" I said. Dad fed me with some lies which I later believed having insisted for some time, I dropped the knife, apologized to my Dad and went back to my room still in tears not because of my reaction but because of my mum.

Growing up without my mum and only my Dad was quite difficult,for months now I haven't recovered and I wonder why but I couldn't help.There was a new development that gets me confused everyday, I do see Dad in the dream every night not only seeing him,I see him on red clothes holding a calabash with many other scary items around him making some occult declarations in that appearance,he looked so weird,harmful and more like an occultist. This happens all the time I lay to sleep so I decided to ask Dad about it but some mind will tell me 'it's just dream'meaning it's not real so I held my peace.
The dream kept coming at this point in time, I hardly eat or take anything I was filled with anger, curiosity,fear and sadness so there wasn't any space left for anything called food or water. My attitude changed both in school and at home it was obvious but my Dad cared less. Actually he is not the caring type, he leaves you to do whatever you feel is good for you.
I came back from school tired,hungry but not ready to eat and angry.Anger has actually become my lifestyle since the dreams won't let me be,I laid on my bed to have some rest I no longer study or chat with friends like I normally do. In the dream again as usual,this time around I saw the picture of my mum on Dad's ritual table,I saw Dad pouring blood on the picture and repeating the same statement,"no blood no glory". I immediately woke up sweating and breathing like someone who has been wrestling for hours, this time the dream appeared real I never listened to any mind convincing voice again I was curious to know but I didn't go immediately,I waited till the next day.

"Good afternoon Dad" I greeted, "fine afternoon my son how was school today?" "it was cool Dad","good good good" my Dad said. From here I told him my dream all this while most especially the one of last night then I asked if I can see his study room because that was where I normally see him in the dream. He took me there to clear his innocence "you see son, it's just a dream your Dad can't do that your Dad is not an occultist I can't use your Mum ,my beloved wife for rituals so don't be filled with unnecessary ideas that are not true" my Dad spoke convincingly "common son go and take your bath and have some rest". I left for my room without a word but rather confused.
I kept on dreaming and becoming convinced that my Dad is likely to be what I'm thinking but I can't lay hold on any evidence so I let it be.