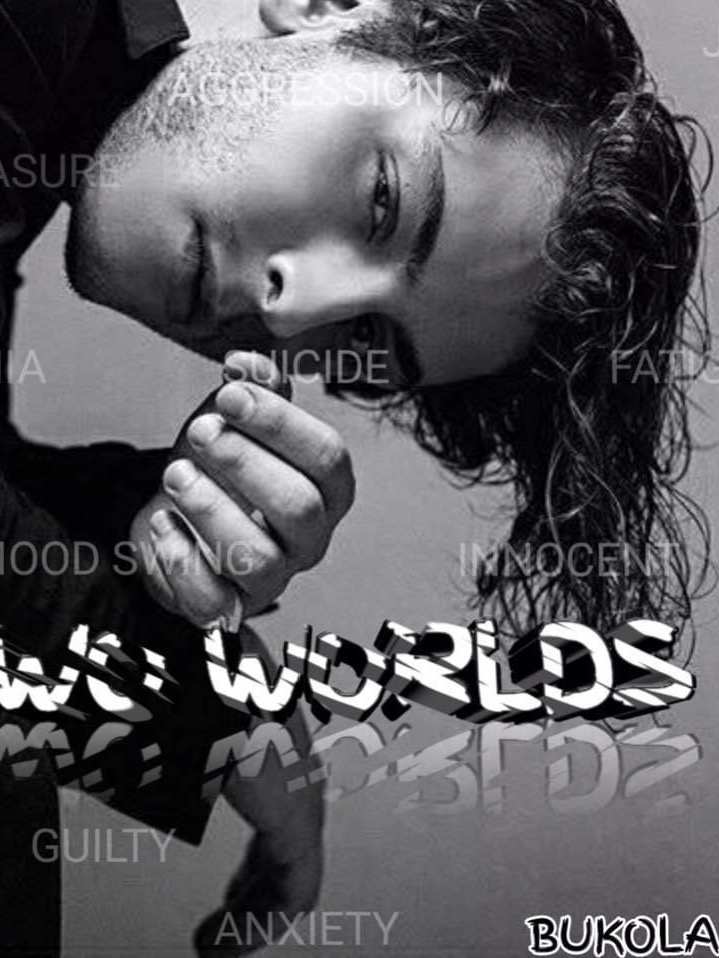 In the World, over fifty percent of people suffer from Bipolar Disorder. It is caused by many things such as addiction to drugs, depression, traumatic experiences and so much more. Alex McCall, the only son of one of the most famous billionaires in London happens to suffer from Bipolar Disorder. Mr. McCall was very ashamed of his son and decided to send him away forever which lead to chaos in the family between his wife, daughter, and him. His daughter, Emily McCall decided to find her brother by all means. A mistake leads to a blessing for Alex when a girl found him, Alexia Nick. Alexia grew fond of Alex and decided to help him, by all means, to get better and find his family. Did she succeed? Did she find his family? Will Alex's father be okay with her exposing his son to the world?

"Mummy please don't make me do this." Little Alex begged in tears as his mum helped him down from the car.

"Come on baby, everything is going to be fine." His mother said with a smile and wiped his tears.

"Hey, it's okay. It's just a class presentation, it can't be that bad." She muttered and hugged him.

"I have to go now sweetie, good luck." She said and stood up properly and ruffled his hair.

"Come on Alex, it's just a presentation and we practiced all weekend, your teachers won't be strict on you cause they know who you are."

"Ugh, Alex, it's okay to be scared, it's also okay to be nervous. I have to go now, I love you." She rushed her words and pecked him before rushing into the car and drove away.

Little Alex wiped his tears and took in a deep breath before walking into the school.

Alex McCall is the only son of one of the famous billionaires in London, his father is known all over the continent for his wealth, products, and other things he deals with. Alex is five years old and he has an elder sister (Emily) who is twelve years old.

Ever since Alex was born, his parents have been having issues with him, this isn't known to the world cause his parents try as much as possible to keep their children's lives from the media.

"Alex." His teacher called as he played with his fingers in class.

"Alex." She called again and he looked up.

"It's your turn." She said to him with a smile and he nodded, he slowly stood up and walked to the front of the class.

"So Alex, what do you have for us?" She asked and Alex stared at his classmates in fear. He couldn't explain how he was feeling but all he knew was that he couldn't do this.

He kept mute and his teacher sighed, she has been having issues with him but she is scared to complain to his parents because of how famous and influential they are. All she does is call his mum when he cries.

"Alex...." She trailed off as he ran out of the class, she sighed and ran her hands through her hair before going after him.

She ran after him and called his name, he entered the restroom and closed the door on himself.

"Alex come on, open the door."

"Leave me alone, I want my mummy." He said in tears and the teacher sighed. She brought out her phone and dialed his mum's number.

His mother rushed down the hallway with his teacher and the principal, the principal got scared when he heard that Mrs. McCall was in the school. He thought something was wrong with her child until his teacher explained everything to him.

"Alex." His mother yelled and hit the door.

"Mum?" He called in tears as he hugged himself.

"Mummy am scared, I don't want to do this." He cried and she stroked his hair.

"Hey, it's okay. You don't have to do it if you don't want to." She whispered in his ears as he cried.

"I want to go home." He said as he pulled away from the hug.

"Alex, this is school. You have to stay in school."

"But I want to go home." He cried and his mum sighed.

"Okay, let's go home." She muttered and carried him up, she walked out of the restroom and his teacher and principal turned to them.

"He wants to go home, can you please get his bag?" She asked the teacher.

"Yes, sure." She replied and ran towards the class.

"Mrs. McCall am really sorry about this, we treat our students well and...."

"It's fine principal Matthews, he has just been having a really bad time lately."

"Okay ma'am, if there is any way we can help then we are ready to help."

"Here is his bag." The teacher said as she walked to them and gave the bag to his mother.

"Bye Alex." His teacher waved at him and he hugged his mum tightly, she walked out of the school and placed him inside the car. She helped him with the seat belt and did hers before driving into the streets.

As rich as they were, Mrs. McCall hates bodyguards following her around and drawing attention, she loves a simple life a lot.

"Alex." His mother called as she drove the car.

"You do realize your dad is going to be mad at you?"

"Yes, he hasn't gone to work yet, honey is something wrong that you aren't telling me?"

"Then why aren't you staying in school?" She asked and he didn't give her a response, instead, he turned away from her to look out the window, he obviously didn't want to continue with the conversation again and his mum sighed.

They got home and his mum helped him down, the bodyguards bowed on their arrival, his mum waved at them and carried Alex in.

"What happened this time?" Charlie asked with a sigh staring at both of them.

"He got scared trying to do his presentation and locked himself in the restroom then his teacher called me."

"But why will you do that? You worked so hard on that presentation during the weekend." His father yelled at him and he hugged his mother tightly.

"Don't yell at him, Charlie." His mother warned and he scoffed.

"What do you expect me to do? Every day it's always an excuse to return home, what is wrong with him?" He yelled and Alex burst into tears.

"He is always crying, I mean, what kind of a child is he? No matter what a person does he always feels different about it and am sick and tired of it, talk some sense into him instead of pampering him." Charlie yelled at his wife and walked out of the house angrily.