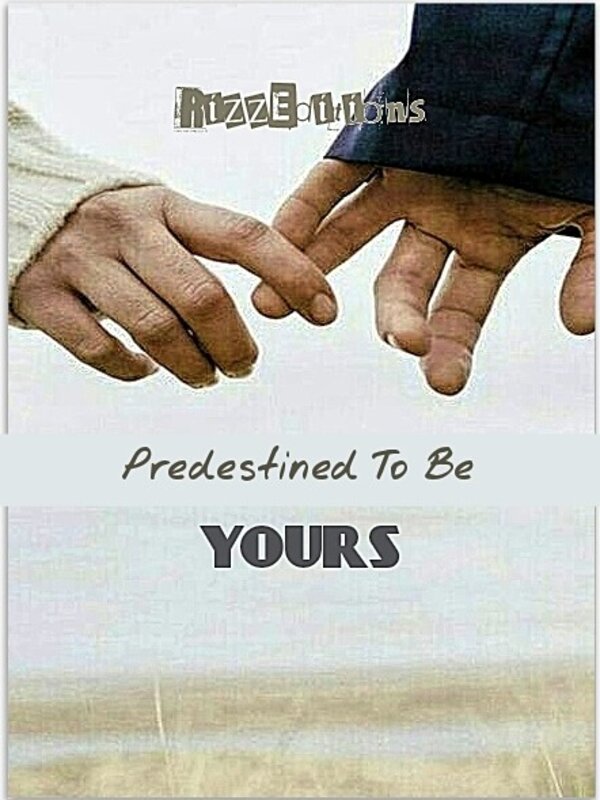 Predestined to be yours

The Secret relationship between Taeil and Donghyuck, a professor and a student is just a tragedy, which makes the relationship forbidden and complicated. It breaks Taeil's marriage with his beloved husband, Jungwoo Kim.When Jungwoo finds out about their secret including Donghyuck's unborn child in Taeil's womb, he decides to take revenge, as well as to get his husband back.Jungwoo eventually encounters Mark, a wealthy young man, and Donghyuck's obsessive lover, studying in the same college as him. Mark offers Jungwoo to help him with the plan that Jungwoo avoids at first but goes ahead later. They further proceed with the plan together.However, things start unrolling in unexpected ways when Jungwoo and Mark start falling for each other. That's how the four souls start searching for their final destination which was already their predestination.

“Is this the all amount you got today?” A hoarse voice asked, sounding pissed.

“Y-yes dad. This is all I could earn today.” A boy around his teenage years said while averting his father's eyes.

The elder man threw the cash on the boy making the younger flinch. “Useless bastard! This was just all you could do? I'm here carrying all your shits and you can't even help me!”

“I'm sorry. I am very sorry dad. I will do more hard work. I will earn more and give you every single won.”

The father just groaned and pushed the boy to the ground. The latter groaned at the painful thud but he still kept his apologies continued. “Don't you fucking call me your dad! I regret marrying that whore who just created another bloody useless creature like you and threw your load on me! She flew away with her living ATM and left you behind because she knew that you'd be nothing but just a living burden.” He shouted grumpily which made the younger boy cry a little. He then crawled and started collecting the shattered money. “I'm forgiving you this time. But you must give me more tomorrow or it won't take me much to kick you out of my house, Jungwoo.” The man then stood after collecting all the money and left while sipping on his beer bottle.

Jungwoo got up and dusted himself. Dusting all the dirt of his father away. His own father disgusted him. His parents disgusted him. They were literally no one but people who made him and disowned without any valid reasons. His mother was truly just a gold digger who left him to his selfish, alcoholic father. He never cared how Jungwoo was or what he needed. All he wanted was just money from him without even making him capable enough.

Jungwoo worked himself to pay his fees, meals and even rent to his own father. Thankfully, he was born with God gifted talent, graffiti. Jungwoo had passion for creating aesthetic figures on the surfaces which led him to the world of graffiti art. It helped him with earning some little amount as well as getting him into troubles when he drew on walls publicly. But he didn't care. His life was already a mess and he didn't mind messing it even more.

But still, he was fed up with all the buzz, stress, headache and pain of his daily life. He didn't want to live with such a monster and his nonstop hatred towards him. He would be kicked out anyways if he wouldn't pay the monster. So, one night Jungwoo decides to leave the hell by himself.

Well, he just didn't leave his home like a vulnerable lost kid. He stole all his father's money or more like his own money, as a punishment to the said man.

He decided not to run at some friend since he literally has no true friends. All his known people were just as selfish as his parents.

He found some random public apartment nearby his school and kept his work continued and even got some better offers by the time that helped him in many ways with his living and he finally hoped that he would have a stress less and carefree life.

He was wrong. It's been a few years, he studied in the art field and was almost a university student and he did have a stable job by then. Yet, he still had stress, frustration, unknown pain and of course, his landlady's regular rant.

Jungwoo sighed tiredly assuming who could be the visitor, already. He opened the door and showed the most artificial smile he could show. The woman in front of didn't have it at all. “Mr.

Jungwoo Kim, may you tell which day is this?”

“Of course not Valentine's day but I could be your paid boyfriend if you're feeling lonely in your life, Miss. Joy.”

“Mind your tongue. It is the day when you were supposed to be paying your rent which is due since three freaking months!”

Jungwoo frowned, not processing the latter's rant at all. “Oh my why! I'll pay soon.” He said and was about to close the door on the woman's face but the lady crooked her sandal in between to prevent the act. “Not soon. You must pay it by tomorrow otherwise you'll find yourself out of this house. And, did you drink and smoke in my apartment again? Have I not asked you to not do such things here? You got enough money to do those ridiculous things but not to pay my rent?”

Oh yes. That was the exact reason as to why he was running out of money even after earning enough.

“Oh… Have you? My bad! Well, I don't have any money on me right now. You can keep my champagne bottles. They are worth the same. Would you?”

The lady made a disgusted face and shook her head. “No, thanks. One week. The maximum time I'm giving you. And I don't want any of your bullshit by then. Especially this mess here.” She pointed at the bottles and crumbs of cigarettes in his living room. “Good night and good luck.” She then left and the man exhaled in relief while closing the door. He needed his regular jam and some fine sleep.

fter a load of mess, it was finally the very first day of university. Jungwoo hoped that at least this tims nothing will go wrong but only smooth and right. But he was again proved wrong as soon as he stumbled into a stranger on the very first day.

He was about to speak his pretty words to the stranger but the latter was fast enough.

“Apologies, Sir. I am a fresher here and just lost my way and I was getting late so I couldn't focus on my steps. I hope you're okay?”

Jungwoo would lie if he wouldn't say that the man looked like a lost and helpless toddler from the kindergarten. He wanted to coo at the man but he didn't forget that he was actually the reason for him getting late for his class.

The latter smiled at him as if he wasn't the reason for them almost falling on the ground. “My name is Byun Taeil. But, you can also call me Moon or Moon Taeil. I'm a fresher and today is my first day here. It's very nice to meet you?”

Jungwoo looked at the man's hand and them to his face. He raised one of his brows but moved his hand forward nonetheless. “Jungwoo Kim. And same.” Jungwoo again ended his side with a not so impressive response. However, the shorter man still seemed full of glee.

“Thank you. Oh, I got you another moment late. Sorry. I think we should get going. Hope we'll see each other around, Jungwoo.”

And they did see each other. Often. So often and more often. Taeil understood him. Taeil didn't take any advantage of him. In fact, he had helped him with many things and he was probably the best person Jungwoo had ever seen in his life. They had become somewhat inseparable. Learning many things about each other. Or, mostly and only Jungwoo learning about Taeil but never revealing much of himself.

How could he even? He had nothing positive to reveal. Taeil coming from a well respected family with well stable status while him? It was getting even more difficult for him when he realized that he was falling for Taeil. He was falling in love with someone who could never be his and it just frustrated him. The first person he loved was out of reach. He was dreaming of catching the moon in the sky while he was just on the land.

Hell yeah! It was always relaxing to draw on walls but he felt even great when he ruined rich people's personal belongings.

“Yahh! You punk! What are you doing to my property?”

Jungwoo stopped and turned towards the man. He smugged in satisfaction after seeing the horrified expression on the latter's face. Well, not only the said man but on the other beside him, too. Probably some rich old couple date night.