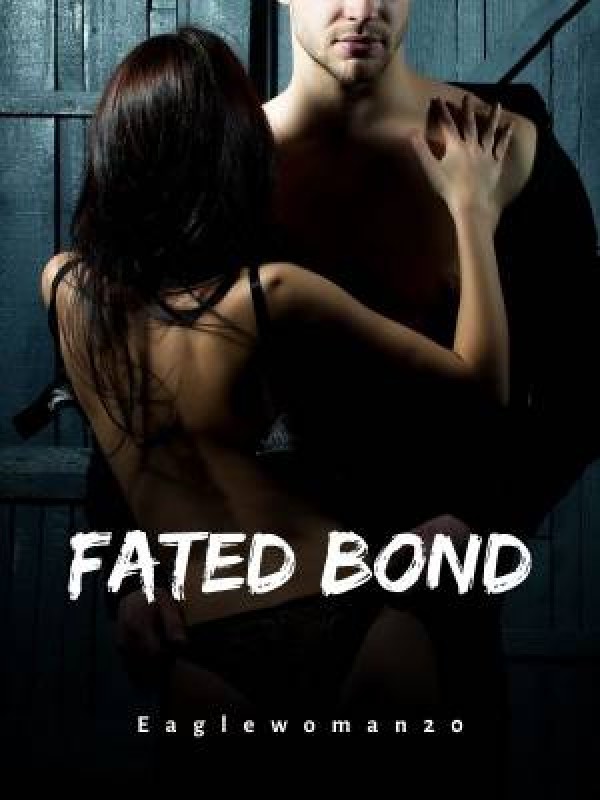 Life after high school was supposed to be the most exciting experience, full of adventure for Daisy. That was what she presumed it would be. Instead, it was a world of new, strange, and unimaginable experiences.Daisy was a naive, inexperienced, and ambitious young lady who wanted to prove a point of her sexuality to herself and her friend. Proof of her sexuality bonded her with a young guy from another continent. She became a mother at the age of 17, without knowing where to find the father of her baby.

As a high school graduate at 16, I felt like an adult already and that feeling was awesome.

The club was filled with high school graduates from different schools in New York. I knew I was going to be the center of attraction among my classmates.

I walked elegantly with pride and confidence.

My dress was ordered from the best-known fashion designer in New York. It was a white short flowery gown with touches of brown flowers that looked like lilies. My heels, purse, and jewelry were diamond in color and they were flashing in the evening light.

"Hey Daisy", Becky waved at me, squealing in excitement.

I stopped walking and responded. "Hi Becky, whatsup?" I asked with a smile.

I'd say Becky was my second best friend but sometimes, I feel she didn't deserve that title. She behaved like a chameleon. Always off and on.

"I'm cool. You look great", she smiled at me sweetly.

I found the smile genuine and I couldn't help but return the smile.

"You look awesome too." I complimented her. She was in a blue dress and it was very short, showing all her thighs.

"Where is Maria?" Becky inquired.

"There", I pointed in the direction of the front door. Maria was sitting on her boyfriend's lap, they were making out.

"Hello everyone", the head boy of my school; Stanley, stood on the podium as he made use of the megaphone.

Some of his admirers were throwing invisible kisses at him.

I shook my head. I was the school head girl but never got along well with the head boy. He was too arrogant and proud and I detest people like that. My late mother taught me to be humble, generous, and kind to people.

The head boy, Stanley, asked me out on several occasions but I always turned him down. He felt hurt by the rejection and we had been sworn enemies since then.

"Is st. Raymond Elementary school here?" He asked the crowd looking at the long list of schools in his hand.

The students of st. Raymond Elementary school yelled in response, signifying their presence.

The students of Biotechnology High school jumped up in excitement to signify their presence, same with Bronx High School of science.

"We are present", the students of Bergen County Academics and Stuyvesant High school responded when Stanley called the names of the school together.

Stanley called out all the remaining five schools present as they all screamed in response, including my school, Townsend Harris High school.

"Great, let's party then", he concluded and jumped down from the podium, signaling to the DJ.

"Hello sunshine", a tall guy stood in front of me as I stared at those people who were dancing. I could see Maria and Eric at the other end as they danced crazily and I laughed.

Even though I was excited about the party, I was beginning to feel uneasy.

I haven't responded to him before he said, "You light my world the moment you step in."

I scrunch my face in confusion. "What?"

"A pick-up line? It sucks." I laughed some more.

The guy was handsome no doubt but, what sort of pickup line is that? I asked inwardly. The first thing you say to a girl is a pick-up line? That's absurd!

The guy only smiled as he stood with his broad shoulders confidently, twirling his fingers around the glass of wine in his hand.

"I'll excuse you two", Becky whispered in my ears and disappeared before I knew it.

"What planet are you from?" I turned fully to face the guy.

"Shall we dance?" He requested and I nodded without hesitation.

"Let's dance it out", I shouted so my voice could be heard above the loud music.

She truly lights up my world the moment she walks in. She looked like a princess and she was indeed a princess. She got not only my attention but also the other guys from my school.

There were whispers of her name from those whom I presumed to be her classmates. I had my ego to protect but I couldn't just sit and watch another guy make the first move.

I ignored the fact that there were a lot of girls at my beck and call. The girls I like and even those that I don't. They fall for my charms easily and I do not need to exert much trouble to get any girl I want.

Daisy, as they called her, looked innocent and beautiful. I was sure she wasn't like the rest of the girls who threw themselves at any random guy as long as he was good-looking or wealthy enough.

I went to talk to her and asked for a dance. Initially, I thought she was going to reject me but when she nodded, I felt relieved and happy that things were going perfectly fine, just like the way I wanted and loved it.

I hated it when girls tried to play hard to get. It turned me off. No matter how much I like a girl, once I am rejected, I'll begin to dislike her.

'Who the hell rejects a handsome guy like me? No one' I thought to myself with a smirk as we danced.

Her lips were so soft and looked attractive. I couldn't resist the urge to kiss her while we were on the dance floor. I felt myself getting hard after pecking her on the forehead, her beautiful long nose, and a quick one on her lips. She was surprised by my reaction but quickly covered it up with a smile.

I found everything about her enchanting, including her green peanut eyes and her curly brown hair. I was sure she'd look more attractive beneath... I mean when naked.

"What's the matter?" She asked with concern as the music was halted and the students yelled.

She laughed. Her laughter sounded like music to my ears and I couldn't help but laugh out too.

"Terrific is the word", she pointed out.

"Nah! You're trying to make me feel better. Can we sit?"

"Sorry, milady", I bowed and led the way.

I didn't take her to where I was formally seated with my friends. They'd ruined the day for me and I wanted it to end well and right, I grinned with a plan already forming in my head.

We sat close to the bar and talked about random stuff as I poured more wine for her and myself. She was more of a great listener but I urged her to talk more. We discussed our school life experience and our hopes for a brighter future.

Each of the school head prefects went to the stage to deliver their speech as we talked on and on. Daisy's school was the last and when Stanley was done with his, Daisy was called.

"You're the head girl", I asked, escorting her halfway.

"Well deserved", I said and earned a smile from her before she went up the podium while I stood and watched her talk.

She rounded everything up and it was a great speech indeed.

There was a standing ovation for Daisy and I felt glad.

I couldn't deny the fact that Daisy was humble and down to earth. People of her kind talk to people rudely and are mostly arrogant.

Frankly, Daisy had an amazing personality. She came back with a smile and I stared at her lovingly. I felt myself getting hard again and I cursed.

"I need fresh air. My car is outside." I replied.

She was hesitant for a while before saying, "Alright", with a smile.

I'd never felt the way I felt that night before. Ladies always try to seduce me and that puts me in the mood for sex. But seeing Daisy alone is enough to make me aroused.

'We might never see each other again after today. Our worlds were different. But I needed to do something to get her out of my head', I thought.

We got to the car and she pulled me to herself before I could open the door. A flicker of embarrassment flashed through her face as she looked at me and stammered.

"I..I..was..wondering what it feels like to kiss someone. Have you ever kissed before?"

'What the hell?' I said inwardly. She couldn't get over the quick kiss I gave her on the dance floor.

"You haven't been kissed before?" I asked, trying to hold in my laughter.

She shook her head and I burst out laughing. She looked hurt and I muttered.

I pulled her back and my lips lingered near hers almost touching, as I pinned her to the car. My heart started fluttering like a hummingbird as I stared at her slightly parted lips.

I wanted to taste her lips so I pulled her closer and crushed my lips to hers. It was sweeter than all the wild berries I had tasted before.

Before I could continue my exploration, she pushed me away abruptly.

She shook her head frantically and whispered. "No...this is not right."

"You need to have a bit of experience Daisy '', I tried not to show the effect she had on me, hoping I'd be able to convince her. I didn't want the day to end like that. I wanted her.

"Let's get into the car. We need some privacy", I hugged her and used the car keys to open the driver's door.

Afterward, I quickly opened the back seat for her from the inside. Then, I told her to get in the back seat. She looked at me and I nodded at her in encouragement.

She wanted to say something but I hushed her up with another kiss. I had to pull away as I felt a strong force beneath me. My beast was alive and impatient. It felt so strong like it would soon burst out of my trousers.

"Go in, baby", I muttered softly with desire.

She went in and I closed the door before entering the driver's seat, before pulling out of the parking lot to a darker area.

"I wouldn't want your schoolmates passing by to see you doing some practice", I explained and she chuckled.

I came down from the driver's seat and joined her at the back. She tried to initiate the kiss and I let her before taking over.

I smiled. "This is a weakness," I said to myself.

"Are you getting the lessons?"

She nodded and pulled my lips into a searing kiss. I squeezed her boobs again and she moaned out loud. I removed my entire clothes and she did the same.

She wanted to say something but I shut her up with another kiss.

"No", she almost yelled, breathing heavily like someone who just did a marathon. "I don't want to have sex, please."

Daisy wanted to ruin my day, I thought to myself as I smiled wickedly and pulled her down, guiding myself into her gently as she cried out in pain.