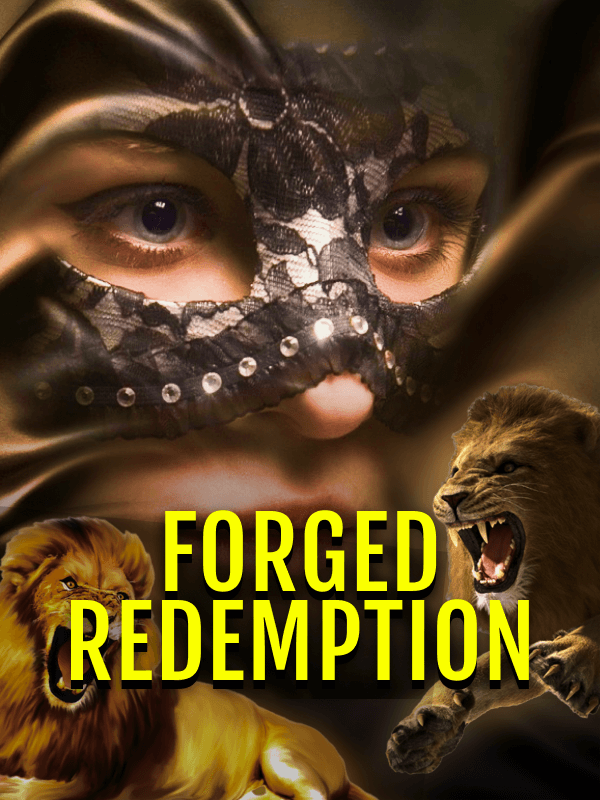 The sparks of Ally and Drew’s old relationship ignite, but their broken pasts and a final fight against Mackey Kendricks threaten any hope of a future. After Drew fell in with the Landsliders and destroyed his former pack, forgiveness isn’t something he deserves. However, no matter how hard the Tribe has tried, Mackey Kendricks can’t be stopped. So when they narrow down the vicinity of the monster’s hidden lair, the Tribe calls upon him again, this time for one of the most dangerous hunts—a recon mission to find the exact location. However, when his former flame Ally signs on as the other member of the team, their attempts at avoiding each other crumble to the ground. No matter how hard they both try and no matter how many times they’ve walked away, the flame has never extinguished between them. This time, Drew’s fought for his redemption, changed for the better, and the relationship that blooms between them, for once, might stand a chance. All they have to do is survive the fight against the biggest, baddest shifter on the East Coast.

Ally paused in the middle of brushing her teeth as bile rose in her throat. Sweat pricked her temple and she gagged the peppermint toothpaste into the sink. Mere minutes in Mackey Kendricks’ presence and he haunted her nightmares again and again. And now she was heading out to stalk the beast to his own den.

A knock sounded on her front door.

Ally sagged over her sink, digging her palms into the cool porcelain. She knew who waited on the other side. Her heart lurched in response, a reflex she couldn’t help whenever he was in proximity. If she was going to be spending the next stretch of days up close and personal with Drew Williams, then Ally needed to strap on Kevlar, because he infected her like a computer virus, scrambling her mind and heart every time. The idea that she had gotten tangled up over her ex-boyfriend was cute—their mess traveled down to the roots.

They might’ve kept it a secret from their packs and families, but Drew Williams was her mate.

Ally tugged her freshly highlighted hair back into a ponytail and clapped a hand on her scarred thigh as a reminder. Drew had changed, and so had she. They weren’t the same people they’d been two years ago before she’d dumped him. Before Drew had joined up with the enemy and split their pack apart.

The knock sounded on her door again.

Ally splashed icy water on her face and headed out of the bathroom. Her pulse pounded in double time when she approached. Nerves over the mission, obviously. She was two steps from the door when it creaked open on its own.

“We don’t have the thousand years necessary for you to finish getting ready.” Drew’s droll voice echoed through the house as he strode inside. The familiar tone made her bare her teeth on instinct while her mountain lion lunged in her chest.

“Try an ounce of patience, Williams,” she responded through gritted teeth. “Not even asking for an average amount. An ounce.”

Drew shut the door behind him and turned to face her. A breath hitched in her throat at the full sight of him. Even though he was a bad decision in human form, Drew’s looks placed him in Hollywood territory. He had a jawline sharp enough to slice, an arrogant nose that fit him all too well, and tan skin that glowed like he’d spent days basking in the summer sun even though early spring had just arrived. His hair, long enough to tug, gleamed like molten gold and the wicked arc of his eyebrows complemented his mocking smile.

“Well, we both know I’m not average in anything—even my lack of patience,” Drew drawled, hooking his thumbs through his belt loops. He leaned against the wall.

“Excuse me while I eyeroll myself into a seizure,” Ally shot back. She dipped down to snag her blue tote from beside the couch. Even after living here a couple of months, she thought of this place as Lana’s, not hers. Probably because her bestie’s name was still on the deed—Ally just acted as caretaker for the cheap rent. Besides, any day now, Lana and her fearsome Tribe mate would be returning for a temporary stay to make this house comfortably crowded.

Ally sucked in a breath and made her way to the door. She’d had to argue with Dax for days to take this recon assignment even though the prospect terrified her. But her alpha’s mate, Sierra, was due in less than a month with the first cub or pup between the united Red Rock and Silver Springs packs. Dax needed to be there for the birth of his kid. Ally wouldn’t budge on that one.

“Let’s get this misery tour on the road,” Ally said, flicking off the lights. She followed Drew out to the landing and locked up behind her.

By the time she’d spun around, Drew had slipped his aviators on and sauntered toward his Cadillac. “I’m driving,” he called.

Ally tugged the tote at her shoulder and followed him to the car, to hop into the passenger seat before he’d even stepped in. She hated the way the familiar scent of vanilla and smoke stroked at her nerves, evening her breaths. How she sank into these worn cushions like an old memory.

Drew turned the key, bringing the engine to life. Music blared through the speakers, the same acoustic rock he’d always listened to. He didn’t say a word as he pushed on the gas to speed out of the development before she could even cast another glance to Lana’s house. She could understand why he wouldn’t want to linger.

Her fingertips traced the scar on her thigh on instinct. The silver had burned her flesh beyond repair when the pipe bombs had gone off through this neighborhood. The bombs Drew and his defection had been behind.

And she’d been good on hating him too. She’d gotten real good at that. Until the bastard had returned to town and told them of how Mackey Kendricks had used compulsion, forcing Drew to commit horror after horror. Ally might’ve pretended she didn’t understand how fucked up his whole situation was, mostly because hating him was better than the alternative. But then she’d experienced Mackey’s compulsion for a flicker-flash of a second, and holy hell.

Ally rolled the window down. This car was getting way too stuffy.

“So, what’s the plan, Williams?” Ally asked. She placed her hands behind her head and leaned back in the seat. “I’m assuming your lengthy history with the Landsliders gives you some indications here.”

Drew didn’t need to tilt his aviators up for her to feel the intensity of the gaze flashing her way. “Williams is what folks called the old man.” He tipped his glasses down on his nose, passing her a scorching look. “I prefer babe, darling, light of my life. Sir, if you’re feeling kinky.”

“You’ll be called dipshit next if you keep at it,” Ally shot back. Drew Williams had been the one person on the planet to keep up with her acerbic humor, to let her unleash when she sank into a mean mood, because they’d always worked the same way. He might’ve deceived most of the pack into believing he chewed up their hatred and spat it back out in droll one-liners, but she’d always known better.

“We’re heading to World’s End State Park to narrow down where the hell Mackey planted his secret lair. So, while we sleuth out the specific location, we’ll be staying at a cabin in the interim—it’ll be our home base.”

“World’s End? How fucking poetic,” Ally responded, tapping her fingers along the ledge. Focusing on the breeze and sunlight proved better than thinking of spending nights in the same room as Drew Williams. Close proximity and a flat surface to fuck had always been her kryptonite when it came to him. “Does Mackey Kendricks choose all of his spots for maximum dramatic impact?”

Drew snorted. “You have no idea. The bastard’s a full-blown prima donna.”