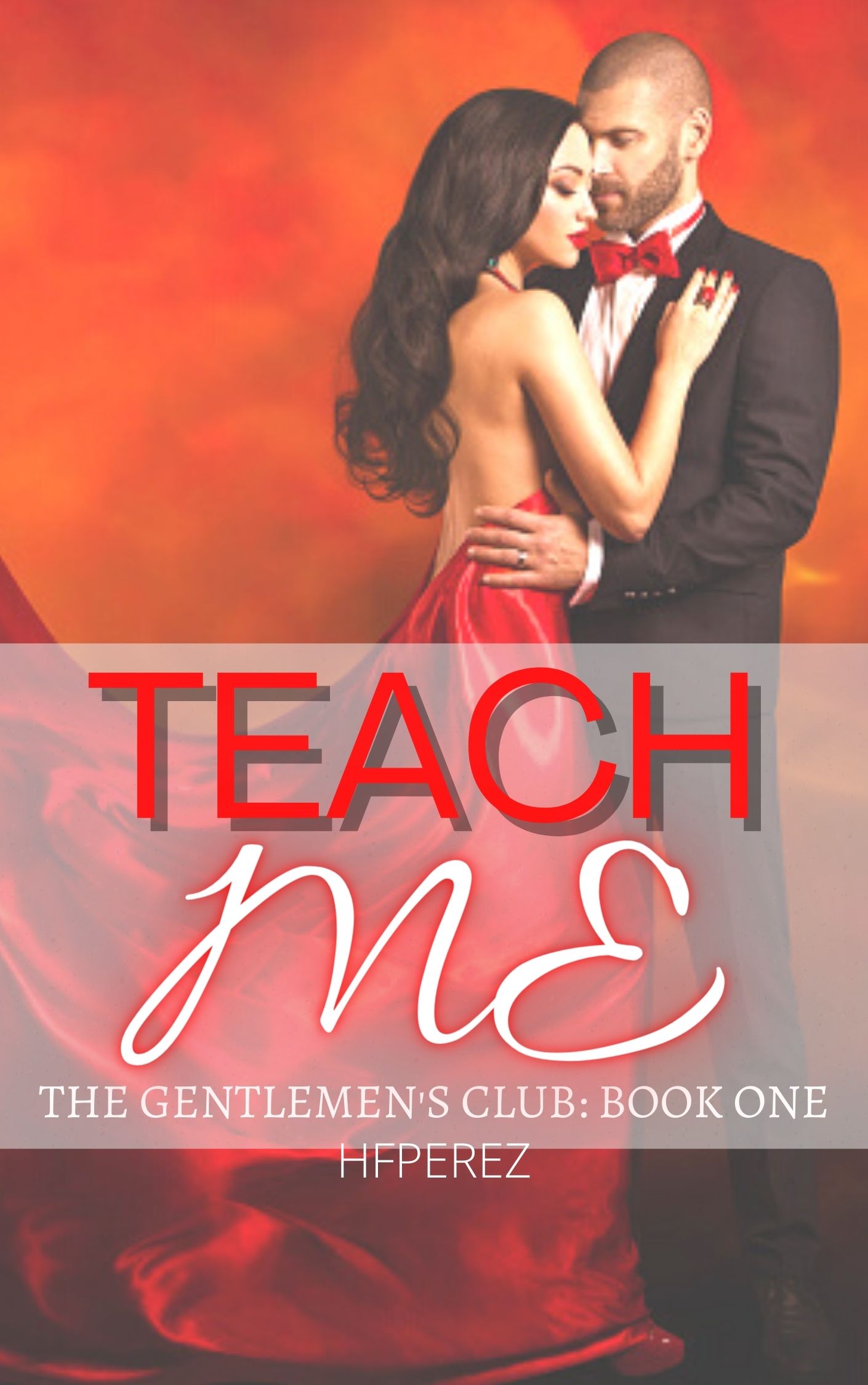 Teach Me (The Gentlemen's Club)

A nerdy girl with a sordid past. Three more months in Uni and she is done. She can move on to a happier and better life. What if a certain professor says hello and turns her world upside down? Is she willing to be seduced by him and damn the consequences? Teaching is his passion. He has never wanted to take on his papa's business especially when he bumps into a certain girl that he swore to wait until the time is right. One look is all it takes. Let the tension and waiting game begin. Romance/Drama Mature Content 18+

No! She didn't let go. How she wished her hands were bigger so she could surround his limb with enough force to make him stop. Unconcerned. Irritation marring his features.

It was no use. The small frame that was her body got drag along. He continued to walk towards the door.

"Leave him be, brat. He doesn't want us anymore." No! That was not true. She was daddy's little girl. He loved her. He read her stories at night and he would always bring her chocolates.

Her swollen eyes pleaded with him. "Please, daddy. Don't leave me." He doesn't even look at her. His face was graven and his hands were clenched. His anger was palpable and he looked outside where his car was parked. The engine was left running.

Dad shook his head, removed her hands around him none too gently. She stumbled when he pushed her a bit hard. Shock filled her. He had never hurt her before. She was his little girl. He loved her. He must.

He took that advantage and he got out the door, straight to his car without a backward glance. Not even once.

Why? Had she done something wrong?

"Mom?" That one loaded question was ignored. She continued to drink tequila straight from the bottle.

"Yourrr...dad...willl...not...come backk! Remmm...mem...berr that, brat!" She looked at her with malice, and with a cruel smirk, dismissed her with a flick of a finger, wanting her daughter away from her sight.

Sinclair ran to her bedroom and cried herself to sleep.

Dad will come back. He must. He loved her.

Her tummy rumbled. She ignored it.

"Son of a bitch! You are a fucking burden! Brat! Idiot! You won't fucking eat. Bitch!" She trembled from the hits she was receiving from her mother. Her fault. She burned their dinner. Her fault.

It was always her fault.

She ran to the kitchen to serve her mother her dinner.

There was constant roaring in her ears when mother was hitting her a bit too hard with a bottle. It hurt a lot. Bees were swirling inside her head. Big fat bees. Her mother would always aim for her head.

Moving fast despite her size, she scrambled to make things right. She didn't want to make her mom angry.

To salvage the dinner - scrambled eggs and toasted bread - she scraped the edible parts to a different pan. This time the flame on the stove was just right.

Tremors ran through her small body. She had to serve her food soon or else.....

Sleeping outside on a cold night was no fun. That was her constant punishment aside from her mother's physical abuse.

Damn these tears! Make it stop.

She was startled from the tap on her thin shoulders, she held tight to avoid falling from the makeshift platform she was standing at.

"I said are you done, brat!" Jeez. She didn't hear her. She read her lips instead. "You move too fucking slow! Hurry up! I'm hungry."

It had been like this for a year now. Her mother's liquor addiction has worsened. Thank God, her aunt owned the diner where she worked and the mortgage in this house was paid or they will be out on the streets.

Her beatings have worsened as well. The teachers began to notice. Sinclair would always tell them she fell from the stairs, from the bathroom, everywhere. She didn't want her mum to go to jail and she didn't want to go and live at an orphanage.

At her age, almost 9 years old. She understood these things. She had to.

Yes! Aunt Lydia had finally consented for her to work part-time at her diner. She knew she was only fourteen. So, her Aunt told her what she will mostly do was assist the cook and wait on orders if the diner was a bit busy.

It was okay. As long as she got tips. Her goal was to go to college. She would need money for that.

Sinclair wanted to be a teacher.  Which she will be someday.

Her humming stopped whilst she entered their home. Mom hated her daughter's voice but ever since her aunt bought her hearing aid, she couldn't stop. She smiled.

Her aunt and her husband were God-sent.

"Mom?" She called excitedly. The house was too quiet. Damn! Oops, she didn't mean to swear. The house was a mess. Beer bottles were everywhere. Leftovers rotting. Her nose wrinkled at the foul smell.

Did mom have a party while she was at school? She usually does at night but Sinclair made sure to escape and took off to her aunt.

She didn't like the predators her mom brought home with her. They would always look at her strangely

Where was she? She was not at the diner where she was supposed to work.

Frowning and adjusting her hearing aide, she called out once more.

Where was she? Her heart began to thump. Panic setting in.

Sinclair ran to her mom's room.

Mother never came back after that day. She waited and waited. And waited.

They both left her. Was it because she deaf? And she became a burden? But it happened from her mom's beatings. She couldn't help it.

The child services came by. Aunt Lydia took full custody. Sinclair begged her to let her stay in her own house. At first, her aunt didn't want to but finally relented when the child escaped every night.

She had to wait for her mom. Maybe she will come back one day.

Senior high came, but she was not there. She received her medals alone. No parents, no friends, no family.

Aunt Lydia sold her diner at Rose Hill a while back and moved to Fort Worth USA, where uncle Steve was assigned. She refused to go with them.

Told them in no uncertain terms she must be here when her mom decided to come back.

Except mother never did.

Sinclair declared herself an orphan at age 18.