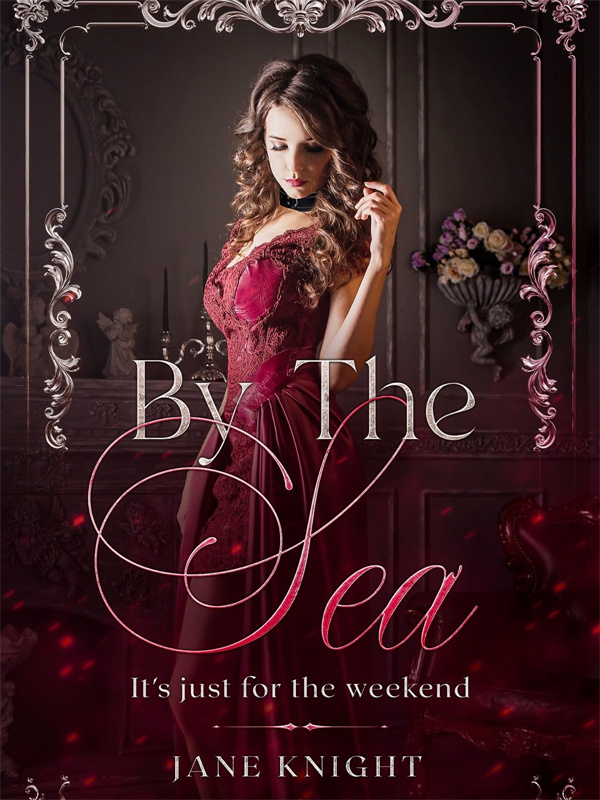 After Sarah finds her boyfriend in the arms of another she heads to the beach to clear her thoughts. Once there, she meets Dom, who she thinks will be the perfect distraction from her broken heart. It's only for the weekend? But what if it's not? When Sarah gets home her best friend Kane is waiting for her with open arms. Kane's more than he appears and when Dom shows up, she's going to have to make a choice or will she?

You know those times where you suspect someone is cheating on you, or the times when it’s so in your face that you can’t ignore it?

The coffee cups fell from my hands, the warm liquid spilling onto the plush carpet of his office. I couldn’t take my eyes off of them. How her sleek ponytail moved up and down as she rode him faster. Her blouse hanging around her waist, her skirt hiked up. His jacket was thrown on the floor, not a hair out of place as he tangled his hands into her hair.

“That’s right babe, fuck yourself with my cock.” He growled, his words spurred her on and she let out a throaty moan.

The love of my life was fucking his boss. My trusted words had fled me as my mind went blank. His breathing was becoming labored and I knew he was close as he moved his hand between their bodies.

“I’m going to come.” She panted. My throat tightened as she let out a gasping moan.

“Traci.” He groaned, and I could tell from the way his eyes twisted shut and his face had scrunched up that he’d finished too.

“Are you kidding me?” Seems like my words returned. My heart hammered in my chest as I looked at the two of them. Traci didn’t even bother trying to cover herself up as she caught her breath from fucking my boyfriend.

The man, no, not a man. He was scum, and I had thought I was ready to spend my life with him.

“Seems like your girlfriend finally found out how you got promoted.”

“For fuck’s sake, Sarah, I thought you weren’t coming til later.” He said, helping Traci stand up. Leaning down, he grabbed his jacket off the floor to wrap it around her. My eyes widened and it felt like I’d taken a knife to the heart from the tender way that he was treating her. “What are you doing here?”

“What am I doing here?” I asked, my voice raising as I tried to keep from screaming at him, I flopped down into the chair in front of his desk. “How long?”

“Oh don’t act like you didn’t know.” Traci sneered at me and I felt dizzy. “All those late nights where he worked late.”

“Don’t Traci me, she’s the one too stupid to see.”

“How long, Micheal.” I asked, my voice flat as I looked at the beige carpet. Unable to look at him as he tucked himself back into his black slacks. Slacks that I’d bought for him last week and woken up before my early shift to press.

“Since the Christmas party, the night you worked a double.” He said. That was my snapping point. I stood, grabbing the potted plant off his desk, the cheery little cactus I had bought him, and threw it at his face. He ducked as it sailed towards him. It crashed through the window, glass shattering all over the floor.

“You fucking psycho.” Traci shrieked. Micheal turned to look at me with wide eyes. “You’ll pay for that.”

“Yeah, that night.” He said, moving closer to me. His hands outstretched as if I were a wild animal.

“Stay away from me Micheal.” I panted, all I could think about was the simple gold band that was in my purse. The one I’d saved for, the one that I’d hoped to give him on our anniversary weekend trip. Turning away, I stumbled towards the door. The carpet slick with the spilled coffees that I’d bought for us. Just like everything else in our relationship.

Walking quickly to the elevator, I fumbled with my purse, trying to pull my keys out. I could hear him moving out of his office. Ducking into the open elevator, I pressed the button, closing the doors before he could reach me. I didn’t want to hear his excuses, I’d caught him red-handed and nothing he could say could make this better.

I let out a sob as I finally pulled my keys from my bag. Stomping out of the elevator, I made my way through the lobby with my head down. All but running to my car, I pressed the key fob, unlocking the doors as I slipped in. Tossing my purse into the passenger seat, I closed the door behind me. This wasn’t how today was supposed to go, we were supposed to already be heading to the airport.

The tapping on my window pulled me from my thoughts, I put my key into the ignition starting my car. I needed to get away from here.

“Sarah, come on.” He said with another tap and I looked over at him. “Listen-”

“I’m done.” I said, as I shifted the car into reverse.

“I didn’t mean it.” Micheal shouted through the window, his hand pulling at the door handle.

“What didn’t you mean?” I asked, trying to keep my voice level as I pressed my foot on the brake.

“I’ll see you at home, yeah?” Michael dragged a hand through his messy blonde hair. He pulled his hand away from the door and I moved my foot to the gas, backing out of the parking spot before navigating the car onto the street. There was nothing left for me to say, I was done. I wouldn’t be seeing him at home.

He’d get the message, eventually.

My phone rang and I leaned over, pulling my purse closer. I looked at the screen, Kane’s face flashing above his number.

“I threw a plant through the window.” I say, putting the phone into the cup holder as I pressed the speaker button.

“What, why?” Kane’s voice rose from his normal deep rumble..

“Micheal cheated on me,” I scrubbed my eyes, trying to hold back my tears. “His boss wants me to pay for the damages. Kane, he was fucking her.”

“Oh baby girl,” He says and I have to pull over to the side of the road. My tears nearly blinding me, the damn had broken loose, and I didn’t know if it would stop. “I’ll take care of any costs, you don’t need to worry about it.”

“Where are you?” He asked, and I could hear his keys jangling as he picked them up.

“N, n, no don’t.” I said, trying to get my sobs under control as I took a deep breath. “You’re off for the weekend right?”

“Yeah, I was planning to stay home and veg out. Want to join me?” He asked and I smiled at his next words, “I’ll even let you pick out the cheesiest chick-flicks, Hallmark ones. Or we can go slit his tires. Fun stuff, just tell me what you want.”

“Come with me?” I whispered, a get away with my best friend sounded like the perfect thing to take my mind off of what I’d seen. Plus, there was no way I could get a refund on the room and the swanky hotel I’d booked.

“Where are we going?”

“Let me pack a bag and I’ll meet you at the airport. You can text me the gate number.”

I nodded, before realizing that he couldn’t see me, “Okay, I’ll text you when I get there.”