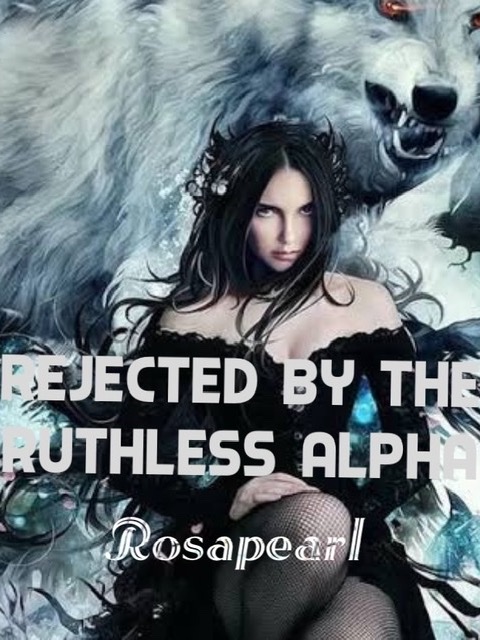 Rejected by the ruthless alpha

After been pulled away from her life as the daughter of the Alpha when a group of masked assailants invade their home slaughtering everyone. Alone and without a family, Amaya is forced into a life as a lowly servant for a Baron serving under the new monarchy. There is a storm brewing that is big enough to swallow her and every Lycan in the kingdom along with it. She meets the Baroness's kid brother and her life takes another drastic turn just when she thinks things couldn't get any worse. How will she be able to navigate through the events that follow as it unwillingly leads her to a faceless rival?

I could still smell burning flesh. The smell never found a way of leaving my nostrils completely as it tormented me every so often even now as I sat on the cold metal floor.

My ass hurt like hell but I had gotten used to it over time. I had also managed to get used to the painful memories and nightmares that refused to loosen their grip on me.

Meaningless tears trickled down from my eyes as I struggled to expel them.

I was just a pup when they came for us. I still remember the scent of my mom's signature Waffles with a side of Chicken sauce. It was a weird combination when you think of it but we all loved it regardless. She guarded her recipe like it was the secret formula to creating a nuclear reactor.

Alpha Fredrick Izzie or 'The white wolf of the North' as he was popularly known (I remember thinking what a stupid crappy name it was then but now I idolize It ) had too many enemies.

Powerful enemies. The type of enemies that would give tough men nightmares and leave emotional scars in the heart of fierce warriors. But Papa didn't care. He didn't care that his life was constantly under threat because the only thing he gave his all to was his family. I loved him for that and I still do.

The warriors had come one night. They had been able to take out the palace guard without so much as forcing a leaf out of place. I remember playing with Mr. Squiddy (He was an octopus doll I had as a child but I was happier thinking he was a squid) while Papa stood watching the dark sky. He looked tense which was normal because he was a very tense man always suspecting an underlying attack but I remember that night there was something different.

Papa caught my worried expression and his features softened immediately. He smiled at me and reassured me there was nothing wrong blaming his tense expression on severe constipation.

I laughed at him so much that he looked satisfied knowing his lie had worked. Papa ushered me back into the inner chambers promising he would be with me shortly to tell me a bedtime story or two. My worries left me that minute plus I was still a child. The biggest worry I was allowed to have should have been wearing the wrong sock for the wrong foot or turning in an assignment late.

I got into the yard on my way straight to my room when I heard the unmistakable sound. It was a battle cry and even though it was silent, it had enough terror to scar my eight-year-old mind. The men had masks off and they gave off an odd scent; an odor forever embedded in my mind. I heard Papa fighting with them above and ran for the stairs. In my head, I could save him and I truly believed in my abilities even though I was just a pup.

My mother, Luna Harriet rushed me from the danger I was about to courageously walk into. She was fast and strong in trying to protect me all the way. She succeeded for a while but the enemy had the numbers and they soon overpowered her before she could get me to safety. I watched in horror as a group of them surrounded my helpless mother and butchered her. She was able to kill every last one of them before falling to the ground. I rushed to her side with a face full of tears. My eyes were as red as the tip of my hair. Nothing else mattered to me at that point except getting my mother to safety but I knew it was too late for that. I knew in my heart. She struggled to focus on me and for a moment her eyes danced as she tried to ride the pain that must have been coursing through her being.

"Amara. My baby. My beautiful baby." She said. Her voice sounded like it was coming from a far distance and it didn't sound like the voice of my mother but that of a weary stranger.

I tried to smile at her through my tears and she struggled to do the same thing through her pain but failed. She winced a sharp cutting sound before taking deep labored breaths.

"Ma it's going to be fine. I'll get Papa. He'll know what to do. I know he will." I tried to sound confident. I was hoping my fear wouldn't be evident in my voice but every word I spoke to her trembled.

"It's too late for that. Get away now Ara. I've cleared a path for you up till the courtyard. From there you can follow the garden path to safety."

She was suggesting I pass the secret rabbit hole out. The same hole she had grounded me countless times for playing near. No one knew the place more than I did. I shook my head refusing to leave her side but she merged her mind with mine and pleaded. She begged me with such mental intensity, that it was impossible to breathe.

I can't remember what happened after that. I only remember bits and fragments enough to know my mother had controlled my mind making me leave her side down the courtyard and through the hole to the other side of the barren wasteland.

For a while, I was a nameless faceless rogue eating scraps and bones till I was captured by slave merchants during my teenage years and now I was a slave to one of the most wealthy Barons- Acosta Murray. It was so much better than being just an ordinary slave and having a slave master spit on you and abuse you in every fucking way imaginable. I was merchandise and a worthy one at that, which was the reason the slave master hadn't tried any funny business. The moment my value drop to nothing, he would have done anything he wanted with me.

The baron had seen me and purchased me immediately to tend to his household and family. That was my life now. My ass still hurt as I sat on the cold steel floor of my room crying for a life that was taken away from me by men I didn't know.