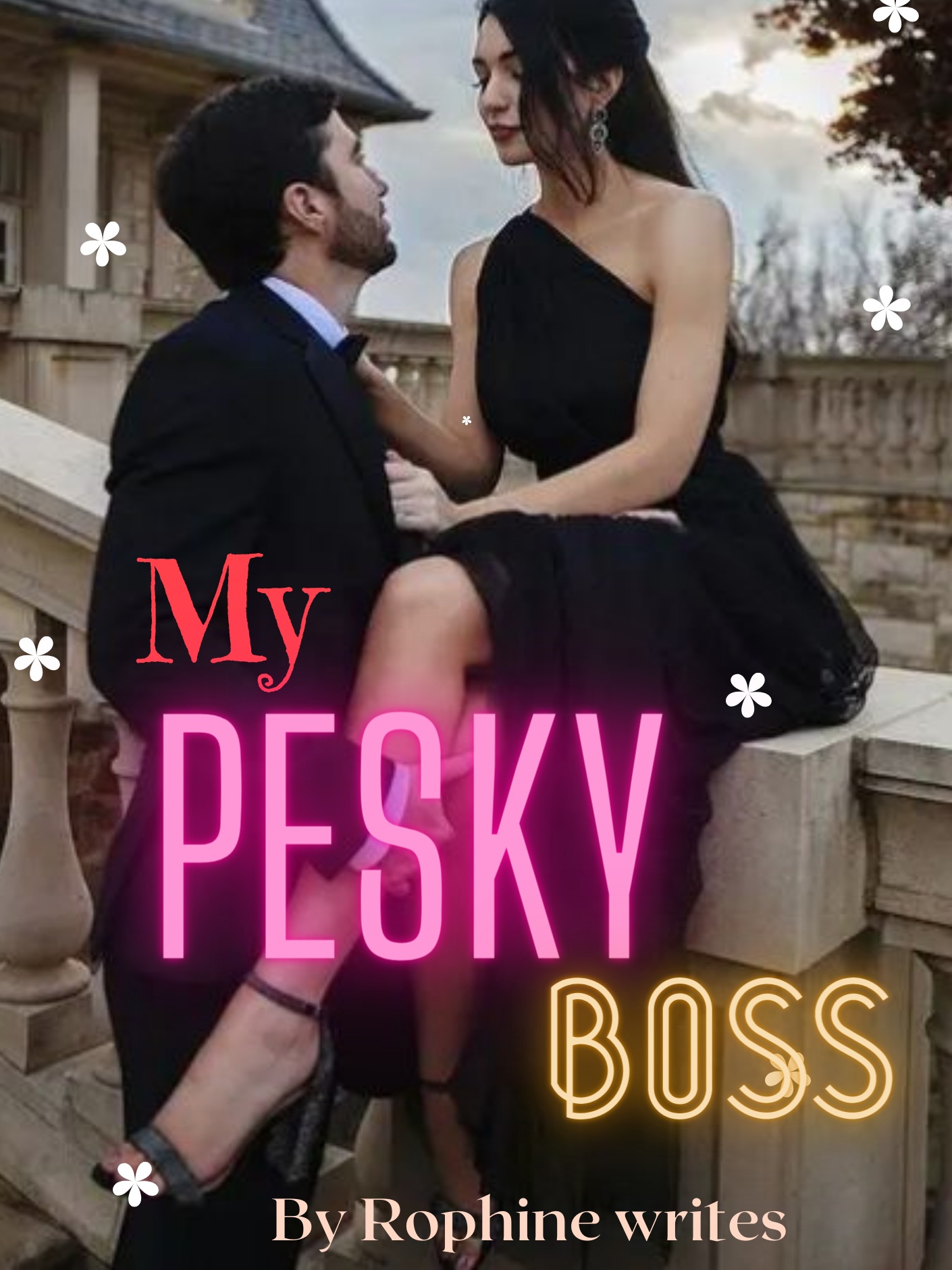 Valeria Gomez came from a very poor background with six siblings left behind by her parents. They grew up with their grandparents who no longer had the strength to work and unfortunately their pension was suspended for six months. As the oldest she decided to leave the poor country to a more developed one. Xander Gates the multi billionaire CEO in City B known for narcissist attitude. Suddenly gets a secretary who he just can never get his eyes off. However,in the big city she comes across Xander Gates who only wants her in his bed. With all secrets surfacing with their love suffice.

" I am not a virgin anymore " repeated Valeria Thompson for the umpteenth time. Her tear-stained cheeks became wet again. She had done something truly scandalous. Unconsciously, she banged her head on the steering wheel bringing about it to hoot loudly.

" Do you want to get me caught? This is not my car" she reprimanded the car pointing sternly at the steering wheel pouting her lips.

Valeria was a sunset brunette. Her hair was shoulder length and mostly curly at the edges and a bit black at the roots. Her lips had a forever touch of shiny lip gloss naturally red. She was incredibly beautiful.

Valeria Thompson came from a small country in the Northern part of the world which was going through famine and extreme poverty. Being the only girl in a family of eight she opted to find a job in another country in the south. She lost her parents at a very young age and only had her grandparents who took care of her however they were now old and their pension was restrained. Who was going to take care of them and her six brothers?

" I only came here to fend for myself but Lydia .... Lydia my best friend scammed me of my money and sold me to traffickers who handle prostitution and now I lost my virginity to someone I barely know and I am in a country illegally "she cried out bitterly choking on her saliva finding it grueling to even breathe in the Maybach GLS.

Valeria had earned some money from dancing in a club back in her country for it was the fastest way to get money because soldiers stopped by there after they suppressed riots in the country. She gave this money to a best friend who spent her money.

Valeria had been in the clutches of the traffickers for a month, crying and begging them to let her go. Every attempt would lead to fractures and broken bones which would be left to time to heal.

Luckily, yesterday they got her ready for her first client and an old man.

It was afternoon when a group of girls rushed into the dark room they had kept her in for a month to get her all dolled up. The light from the open door made her temporarily blind, Valeria squinted her eyes putting her palms over her face and only let them down when she could see probably,this is because Val had been locked up in utter darkness for weeks.

Dropping to her knees,she wailed " What do you people want from me? Please let me go and what have you done to my friend Lydia "

They all laughed softly at her ignorance.

" Your friend personally handed you over to our boss. She can't save you " one of the ladies scoffed.

Though it was not the first time they said this to her,Valeria could not believe it, they were childhood friends after all. Plus, she saw them drag her friend ( Lydia) away at the borders the very way they did to her, however they were separated along the way as they were in separate trains.

In all, it was impossible.

" What are you doing? Let me go and what have you done to my friend... why are lying to me she loves me and can never stoop so low. " She cried fighting them off.

The one who appeared to be the leader sighed and said " Shut her up but don't hurt her this time. Our client likes his toys intact "

She was struggling too much so the leader knocked her out with the bottom of her gun.

In less than two hours, she was dressed in blue sexy lingerie which left almost nothing to the imagination, it was covered up by a denim jacket. Valeria gained consciousness, she could not recognize the lady reflected in the mirror.

Her hair was let down and adorned with flowers and an enchanting fragrance amidst the air.

At this time they handed over to her a bottle of champagne and personally escorted her with a gun pointing at her little head to the desired room.

" Use the key card and open the room!" it was a voice which did not give a chance for any denial.

Before she could do it, the door opened and a man in his late fifties dripping in sweat and half naked pulled a n*de girl out of the room by pulling her by a leg.

" This one is defective. She fainted after the sixth round. When will you guys give me someone who suits the amount I gave you" the man complained, contorting his already wrinkled face.

Subconsciously his eyes fell on the 1.6m beauty dressed beautifully; it was the scent oozing from her that got his attention.

The man stopped gawking for a while then turned his gaze to the ladies who brought his new toy " Wow! She looks out of this world but is so-so fragile. Are you sure she would handle me?"

Valeria looked at the man disgustedly, still keeping her head down. She had learned the hard way that staring into their eyes led to broken bones. At this moment she could not feel her fingers.

The two women who accompanied her laughed meaningfully. Instantly the blonde in their midst injected a substance into her veins and pushed her into the open room.

One of the ladies pointed out " She is all yours now"

Tears filled Valeria's eyes she cursed and cried out " Please do not leave me here. I promise to be good and I w-will n_never try to escape again"

Sadly, it all fell on deaf ears. She watched how they dragged the unconscious girl away ruthlessly bumping her into objects.

The old man kneeled on one knee, caressing her chin " Hey pretty one. Do not ruin your fantastic make-up by crying over spilled milk. Listen to my orders and I will spoil you"

She shot him a deathly glare and it was rewarded with a hard slap across her face from him.

He pulled her and threw her to the bed. For a man his age, he was surprisingly very strong.

" Now I will teach you a good lesson. And every time I drop here I will eat only you my -little feisty SLUT" his slimy fingers roam on her smooth skin, causing Val to flinch at his disgusting touch.

In a quick second, she pushed him and kicked him in his vital part.

" Not even in my nightmares" she assured, staring down at him.

He fell into a groin holding his vital area in pain.

With that, she made him unconscious by pressing a special nerve on his neck. A trick she learned from one of the soldiers who courted her. They were to get married but he was killed in the field.

Thinking about him made her tear up, however it was not time to cry. She instantly ran out of the room, her body getting hotter by the moment.

" There she is .. get her!" she heard one of the security men yell pointing at her

Springing from her feet she ran endlessly upstairs to another floor. The first room she saw opened and she rushed in closing the door.

" Thank you l-lord," said Valeria panting heavily by the door which was now closed.

" Who are you? Take off your clothes" she heard a commanding voice from the dark.

Valeria felt her inner skin getting hot, nonetheless, she could not take off the jacket if so it would be left with only the lingerie she had on.

" I think you got the wrong girl. I came here by mistake-e" Val corrected, taking two cautious steps back.

" Why are you panting so much?" She heard him ask slowly.

Valeria shut her eyes to curb the urge she was feeling. It was new and she despised it.

" I think I have been drugged" the words were spilled with so much difficulty. She felt the substance spread rapidly taking over her emotions.

As it was a spell, the man in the darkness rushed to her pushing her against the wall. He kissed her forcefully.

" Me too " his hoarse voice echoed in the room.

" You taste good. Let's help each other"in less than a second, he took over her lips obsessively.

Before she could resist the drug took over and he tore her lingerie to shreds. He had been dying in silence in the room thankfully this girl came along or else it would have killed him. It was not the normal drug that arouses sexual pleasure this was deadly, after this night he would not spare the person who did this.

The next morning, she woke up feeling an intense pain between her legs. This man had taken her more than seven rounds which she lost count in between and it was not altogether his fault. She was extremely insatiable like a starving baby. He kept on flipping her and she thanked him with her shameless moans.

Thinking of this her ears and cheeks became immediately flushed. She stared at the man, though she did not see his face she saw his broad shoulders and the platinum dagger tattoo on his back. Her mind drifted to how selfless he was in putting her desires before his, which she heard from friends was impossible to have got from a man. It was truly an amazing first which will be forever in her memory.

Getting off slowly, she tiptoed to the cupboard to get something that whereas her clothes were in shreds. Finding nothing that suited her, she took out a shirt that covered her knee with no panties on. She felt air cooling down the hot and sore area between her thighs.

On her way out she took his keys and loose change found rushing out of the hotel like a mad woman without ever looking back.

Luckily, she took his car and left that awful hotel and now she was miles away from it.

" I promise to return your car mister, " Val emphasized, swerving into a dark street.

Hi guys. Both new and old readers thanks for adding this book on your library. This book is part of a series. That's the " Second chance Series "

2. My Pesky Boss ( available on Alpha at the moment please add to library 🥺)

3. Chasing Jasmine ( available on Alpha please add to your library too)

5. Only knocked up by a PRINCE ( available on Alpha please add to library 🥺)