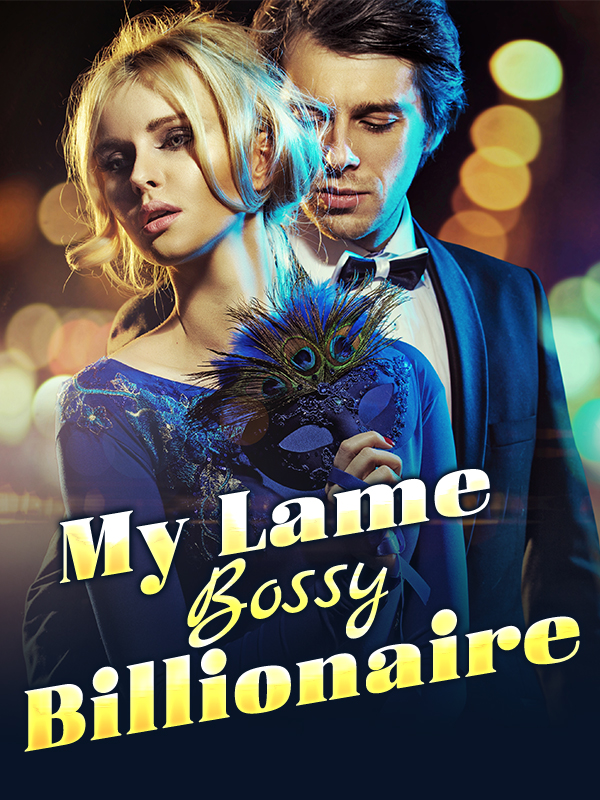 Layla Ward was a naive girl."Layla Ward, marry me! I will give you whatever you want!" Taylor Herbert proposed to Layla. Taylor took her home, took good care of her, and doted on her. He made a fairy tale dream with his own hands...When Layla was completely in love with Taylor, he ruthlessly tore her heart into pieces...On the day before she left, she cried with tears in her eyes. "Taylor Herbert, do you believe in karam? One day I will let you taste it!"When they saw the girl come back with red lips and the short skirt, Taylor Herbert knew that his retribution had finally come...

Chapter 1: I Will Get Everything Back One Day

"Guards, throw her out! She's not welcomed here!"

As soon as the order was given, several bodyguards in black uniforms manhandled a girl and threw her out of the Herbert Family's villa.

"Ouch!" Layla Ward fell to the ground and her face twisted in pain.

Within seconds, a crowd of onlookers surrounded her.

"I heard that she was expelled from high school for getting involved in complicated relationships."

"Yes, I also heard that she had been pursuing the second young master of the Herbert Family for several years. She even said that she was his childhood sweetheart. How ridiculous!"

The crowd of wealthy ladies dressed in luxurious gowns surrounded Layla and criticized her.

Meanwhile, Layla was dressed in an exaggeratedly coloured T-shirt and a pair of torn jeans. Her hair was dyed blonde and her face was covered by heavy makeup. She looked just like a hooligan.

Layla stuck out like a sore thumb. Everyone was shocked by her unexpected appearance at the Herbert Family's engagement ceremony and her attempt to stop Fred Herbert from getting engaged.

In the end, she was thrown out mercilessly.

However, how could these people in the upper class understand the story behind a nobody like Layla?

Layla could tell that the crowd of people were instructed to ridicule her out in the open.

She also knew who was behind all of this. As expected, she looked up and saw the satisfied smile on Sally's face!

Those speculations and rumours uttered by the crowd earlier were indeed the truth, and each sentence felt like a stab in Layla's chest. No one knew how hurtful it was to her.

The crowd began to whisper among themselves while staring at her in disdain.

Yet, Layla couldn't care less about them. Instead, her determined gaze was fixed on a tall boy clad in a white suit. He was none other than Fred, who was once the love of her life.

However, Fred looked at her indifferently. Apart from disgust and contempt, his eyes were devoided of other emotions. He wasn't even bothered to say a word to her.

At this moment, Sally pretended to sympathise with Layla. She stepped forward and said, "Layla, I've already told you that Fred would never return your feelings. Why didn't you listen to me? We are best friends. I can give you anything you want, but please don't destroy my relationship with Fred. Okay?"

After Sally put on the show, the crowd looked at Layla even more disdainfully.

"I can't believe she tried to steal her best friend's boyfriend."

"Why won't she take a look at herself? The makeup looks ugly on her. She can never compare to Miss Sally."

Growing up in an orphanage, Layla had heard all kinds of insults directed towards her.

However, nothing was more heartbreaking than watching the boy she loved hugging and comforting the hypocritical Sally faking her tears. Fred turned to Layla and said coldly, "I'm not calling the police for Sally's sake. Get out of here right now."

Layla's heart broke, but a smile formed on her face.

She slowly stood up and dusted her clothes. Then, she rolled her eyes and snarled, "Who cares about her false kindness? Sally, one day I will get back everything you took from me."

After that, Layla turned around and limped out of the gate.

She had to be strong in front of others, but after turning a corner and disappearing from the crowd's sight, she started crying uncontrollably. Her tears smeared her eyeliners, leaving two black streaks down her pallid cheeks.

Layla left the Herbert Family's villa gloomily, but she was stopped by a young man at the gate. "Are you Miss Ward? The young master wants to see you."

Layla felt strange. She subconsciously looked back at Fred, who had already entered the villa with Sally in his arms.