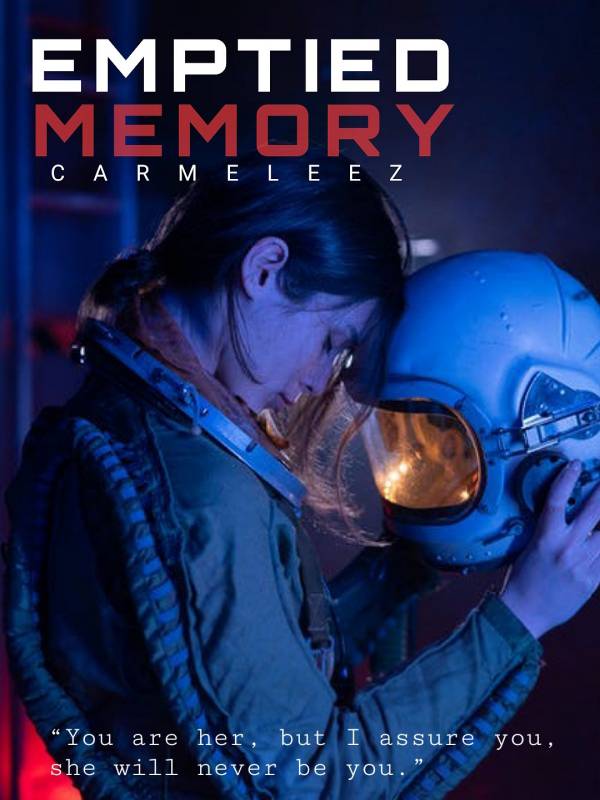 Decades ago, a set of astronauts were sent to observe a black hole that is imposing a threat to Earth. Deployed without the knowledge that they were sent to return no more, only few had survived the great force of the hole.Upon going back, they had decided to avenge their fallen members. But, as Captain Henry strives to do it on his own ways, he ended up doing another problem to deal with‚his creation of a 100% human clone of the person he has left in another world.In a new world that she was introduced to, a place where memories are being made and corrupted, how will she find out the truth?

Everyone is already panicking and in turmoil; the communication line get filled with yelling. One by one, he saw it clearly, how the black hole sucking every one of his teammates.

“Henry!” the last shout he heard before losing the last one who didn’t make it go away from it.

He gulped as he looked back at the few remaining ones.

“C-Captain, that is already more than half of our team.”

He stared at them worriedly. They—He is just risking his men’s lives. “We are going back home now. Let us withdraw from this mission.” He decided.

As their spaceship turned around, it has barely moved away from the place. The force is still strong even at the distance of miles away.

“We can’t do anything about that anymore, Euvy. We will just lose everyone if we proceed with this,” he explained to the woman near him.

“Henry, they have families waiting for them!”

“So are we!” his voice roared, making everyone silent.

“We are going home now. No more buts. That is an order!”

He looked away as they looked at him, both in dismay and hopelessness. He refrained himself to show no hope, though it is so obvious.

“This is Captain Henry—” He was stopped when the line purposely cut off from their main Space Administration Office.

“What was that?!” one of them asked hysterically, throwing them a questioning look.

“We will be going home whether they approve it or not!” he commanded and sat down on his seat, leading their leave.

“Captain, look at this, there appears to be a barrier around Earth. We can’t detect any of our satellites to connect us with them!”

“That can’t be! Henry, that is ridiculous! They can’t do that to us!”

For the first time, he has found no words to calm them. He himself doesn’t know what is happening either!

“Just keep contacting them!” he yelled to stop them from buzzing around.

As they plunged towards Earth, it took them almost no courage at all to leave. If not for his order, he knows there be more casualties to happen.

“Captain…” his subordinate uttered as he pointed at the monitor. “We can’t go home.”

He shut his eyes in frustration and calmed down himself not to make decisions hastily.

“So this is what they have really planned since from the start.” He clenched his fist and glanced again at the monitor.

“We can’t die here, Captain. We have to do something!”

He turned off his communication device, giving himself a little time to think. Whether they go on with the mission, stay or insist on going back home, all of it is leading them to only one outcome—they will die.

He switched on his line, but only to get deafened by the commotion.

“Sir, we need your order now!”

He was about to give his command when their spaceship had already reached the perimeter, of which they should not trespass.

The next thing he heard was that the spaceship’s system has already given them a notice and started to count down.

‘SELF-DESTRUCTION INITIATED. THE SPACESHIP IS ABOUT TO EXPLODE IN THIRTY SECONDS.’

He’s properly aligning the test tubes, vials, and syringes in his vault when one of his teammates came in to his station, holding a calendar.

“Then tell me what I should do! Look, I am doing everything I can to get us out of here, but if you think the progress of what I am working on is just as easy as sitting as what you are doing, then do it!” He packed his things up and left the man.

He almost ran to get away from his group for a moment. Their presence is making him feel pressured, making things even more complicated for him to figure out.

“What an imbecile you are!” he cussed to himself as he couldn’t think of any ways to work things out.

Just then, a tap on his shoulder stopped him from thinking. As he raised his head, a familiar scent filled his airways.

“I’m sorry.” He wiped his tears and stared at Euvy who has never doubted that he can think of a way to get them out of that place.

“Hey, that’s okay. What happened was not your fault. No one is blaming you for anything happened.”

“But we’re already here for two years now and all I can do is this! This can’t help us with our—”

She cupped his face and rest her head on his while staring to his eyes adoringly. “I always believed, and I will always do, that there is nothing that you will never have a solution to.”

He closed his eyes and let himself feel the peace she is sharing with him. It is so calming.

“You are the very reason I have to get this thing done, Euvy. If not for you, I don’t know if I would be still here today.”

Her lips curved as he wrapped her arms around him. “I am fluttered to know that, Mister.”

“You should be.” He kissed her temple and hid his tears behind her as he swayed them slowly.

“I am still observing it,” he whispered as he furtively gritted his teeth.

“I promise, I will get us back to Earth.”

The woman remained silent and neither nod nor shook her head. “I am not hoping for them to let us go back. But I will be waiting for you.”

“The administration has no right to abandon us here. Our team and I will be home soon, and we’ll make them pay for everything they have done to us and to everyone else that they had sent for their selfish studies!”

“Something is wrong,” Euvy muttered and let him go.

They hurriedly went back to see what’s the man is shouting for. They are gathered around their sensory device, murmuring indistinctly.

“What’s the matter?!” he queried and checked on it.

“It shows a different result with Captain’s status! This might be malfunctioning!”

He stared at the device, wondering what they are talking about. “I had just checked this device this morning. None of our things are malfunctioning.”

“But it is, Captain! See this—” The man stopped as he gets near it, and it has detected him wrongly.

‘Not human.’ The voice echoed as it repeatedly giving a warning.

He stepped a few steps away and the notice stopped whining. “Captain, tell me I am still me.” He touched his face in fear that he’s already looking different.

Henry gets the device and take it. “You are right. This might be malfunctioning.”

“These devices are in perfect condition, Henry,” Euvy whispered, afraid that their members might hear them.

“I know. But why it is just the two of us that it consider as humans?”

They looked at each other, thinking of what to do to know exactly what is happening to them.

“Examine us, Henry,” she suggested, and get a box of syringes.

“No, this will make them think—”

He didn’t speak for a minute and tried to convince himself that there must be another way to get them examined without the need of informing them.

“I know what exactly is running inside your head now, and I am telling you already, that is impossible.”

She nodded and gave him an assuring smile. “I got your back.”

“What is blood testing for, Captain?”

“I need to know what is wrong with us. It might be I and Euvy that is not fine here. The sensory devices are all working good and this planet is closely habitable like Earth. There must be something not right going on with our body systems, since we are being exposed to an environment that is new to our system.”

“And if it is really changing us, what are we going to do, Captain?”

“We have to go back to Earth as soon as possible to save our humanity.”

The man tremblingly observed himself, checking his parts. “W-What do you mean, Captain?” He gulped and looked at him.

Henry gazed at them and place the man’s hand on the sensory device.

That silenced them. Who wouldn’t be shocked after knowing that you are no longer a hundred percent human just because you stayed in a different planet?

“My theory is that all habitable planets have their own unique way to sustain the needs of their habitants. However, since they do it differently from Earth’s perfect environment condition for human…” He took a lungful of air and looked away. “Our body system is adapting to the environment that this planet can provide us.”

“But we only have the shuttles. Those are not enough for all of us, and we can’t do one either!” one of them nervously stated.

He continued getting blood samples and remained silent, for he has no response for that question yet.

“Henry, you know we’ll acknowledge whatever decisions you’ll come up with. Think of it thoroughly. But I am assuring you, I won’t let that 98% dropped to zero without haunting the people who did this to us.”

He’s already about to go to examine the samples when he stopped and turned around. “Whatever decisions I come up with?” he repeated to what the man had said.

The gents glanced at each other and just by that, they have understood that he’s the only one they can rely on—they agreed.

“Okay then. Let us have a meeting after I am done examining these.”

“Henry!” Euvy run after him while he walked in faster pace.

“I am talking to you! Violence is not a good idea. What are you planning to do?! You’ll just drag them down to the pit if you go against the administration. If they had sent us to the outer space without feeling guilty, it will be easy for them to shut us, too!” She blocked the way.

“Do you really think I would taint my hands just to make them pay?” he asked seriously and walked past by her.

“Henry, this is not what I have dreamed to work on with you—”

“So do I—what did you say?” He inquired and stopped walking without looking at the woman.

“If we are going back to Earth just to get revenge on them, I would rather stay here.” She walked away without hearing what he is about to explain.

He looked up and calmed down himself while he gripped tightly to his belongings. As he stepped heading towards the opposite direction she took, he reminded himself of what and whom he’s doing it for.

But even before he could reach his place, Euvy came running towards him, handing out a notepad.