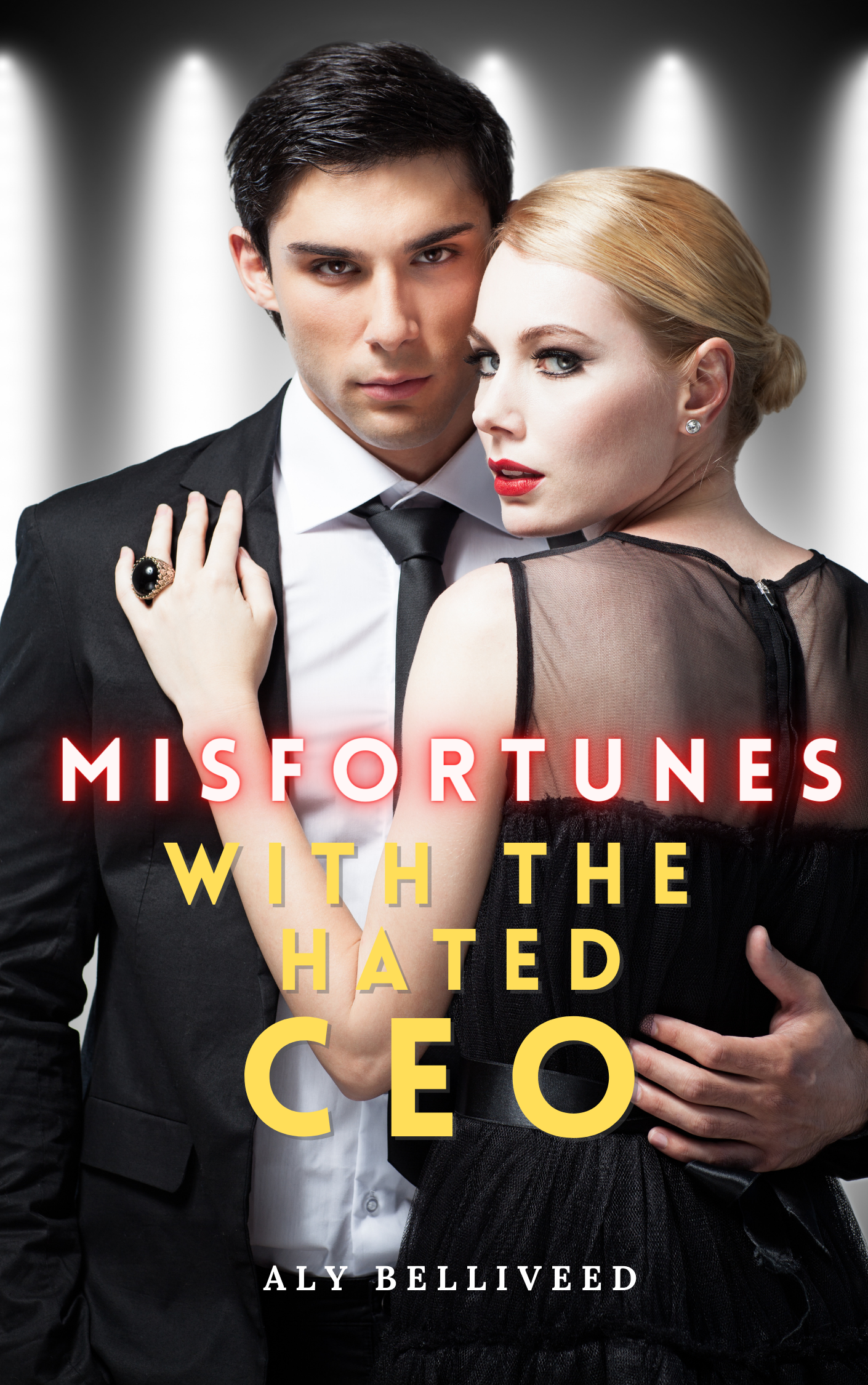 Misfortunes With the Hated CEO

Nina Caulfield has sworn not to meet Luca de Milano again. After all, her mother is the mistress who caused the divorce of his parents. When she reaches eighteen, her mother announces her wedding which will be held in Spain next year. Now that she's busy preparing for the wedding, Nina has no choice but to live with Luca until she graduates. Luca de Milano, Merger and Acquisition CEO of Milano Inc., is forced to be a guardian of the reminder of his broken view of a perfect family. Now, what happens when these two get stuck together under the same roof for a year?

When I was thirteen, I experienced an indescribable fear in the form of a human being.

Gray eyes filled with fury and rage as I see my own reflection, quivering beneath him.

I tried to turn a heel and leave, hoping that he wasn’t a madman as I thought and chased after me. But as soon as I passed by, he seized my arm and pulled me closer as he forced me to see him eye-to-eye.

I felt so small and so weak before him and a cold sweat fell on my nape when his figure loomed closer to me, right next to my ear.

“Are you here to pimp yourself just like your mother?” Icy words whispered that felt like needles prickling in my own skin. The thought gave a frightful shudder.

I slowly and foolishly turned to face him. Our proximity was so close that I almost lost my consciousness.

“Why are you looking at me like that?” He asked, coldly. “Aren’t you glad that I got your attention, brat? Your mother took away my father and now you’re aiming for his son?”

“N-No…” It was a miracle that I could speak, given that I was trapped with his hands holding my shoulders in place.

“Then tell me, why are you here alone in my room?”

I shouldn’t cry. I mustn’t show it to him that I was under his mercy.

“I—,” I pause before gulping, I tried to be very careful with my words, or else he could do something worse. “I got lost. I was trying to find a place to get some fresh a-air b-b-but I—”

After releasing those words, I quickly realized that it sounded like a lame excuse. I mentally berated myself, asking myself for the millionth time why was I stupid enough to leave the dining room? Listening to grown-ups chatter away felt like a lullaby now compared to my situation here.

“And you think anyone would buy that crap?” He hissed, cutting my trail of thought.

I felt myself shaking really badly.

“You’re the daughter of that fucking bitch. Whatever magic she had done to my father and let alone my mother is beyond my rationality,” he said while he laughed, darkly. “Aren’t you ashamed to step into the legal wife’s house after your mother took away my father?”

“I…” Think, think! Was there any logical explanation that I, too, was against this affair in the first place?

No, actually, I couldn’t say anything. I’ve never seen my mom so happy.

“My parents might have accepted you, welcoming you to soil your wretched presence here but I am different. You and your mother coming here just puts me in a sour mood.”

I couldn’t defend myself. Because…Because I knew my place, after all.

I was told that Luca de Milano was a good man and someone I had to get along with. But before me stood a man with wealth and authority. His affluence could potentially throw me to the sharks if he wanted to.

A man whose parents were in the process of their divorce due to his father’s mistress.

“If you think that I am just like my father, think again. I am not foolish enough to be swayed by a brat like you.”

And afterward, he released me from his clutches.

The next moment, I dropped down to my knees after feeling relieved from the release. Yet, I wheezed, clutching my chest where my heart is as it beat faster.

As I dared to look up, our eyes met once again and that look haunted me to this day.

Luca de Milano, son of the affluent family of Elina de Milano and Rodrigo Gomez, looked down on me as if I was dirt.

And I, Nina Caulfield, couldn’t blame him for it. I have no right to demean his fury, knowing that I am the daughter of the one breaking off their family.

Without a moment of hesitation, I ran off, away from the room, away from him. Who knew if I would be dead the next thing he caught me with those long arms.

And once I reached back to a familiar corridor, I thanked all the heavens that I was back in the dining room where my mom and the “legal” wife were.

Both were giggling like teenagers as if the situation wasn’t odd enough.

“Did you meet my son along the way?” Ah, right. The legal wife was the one talking to me.

I needed to answer her, to avoid any suspicions that I “feared” her own son.

“Well, don’t hesitate to dig as much as you want! We are proud of our Italian cuisine.”

I didn’t say anything as my two feet made their way to the table. My mind was drifting back to reality.

I didn’t know why but at that moment, I felt like he would kill me. At that moment…fear had engulfed my entire being.

I swore to myself that I don’t want to see this man anymore.

I was thirteen at that time and he was twenty-one. We met in his family estate in Italy during his mother’s birthday.

It felt unreal that the legal wife welcomed us with open arms and she got along with my mom at the get-go.

But meeting with Luca was a reminder that yes, our parents were strange. And I wasn’t the only one thinking that it felt surreal to befriend the current wife of your boyfriend.

So, I could never forget the excitement I felt then when we had to leave the country the very next day, my mom and her newfound friend parted with smiles on their faces as we headed to the airport and back to the US.

I was thirteen at that time and he was twenty-one. That first meeting was in his home in Italy during his mother’s 54th birthday.

And I swore that I would never step foot in Italy as long as he was there.

As years passed by, I have almost forgotten about that incident as it was all in the past. Since my mom never talked about the de Milano family anymore and we were on different continents, I thought that was just history.

However, as I reached my final year of high school, little did I know that our first meeting in Italy wouldn’t be the last time.