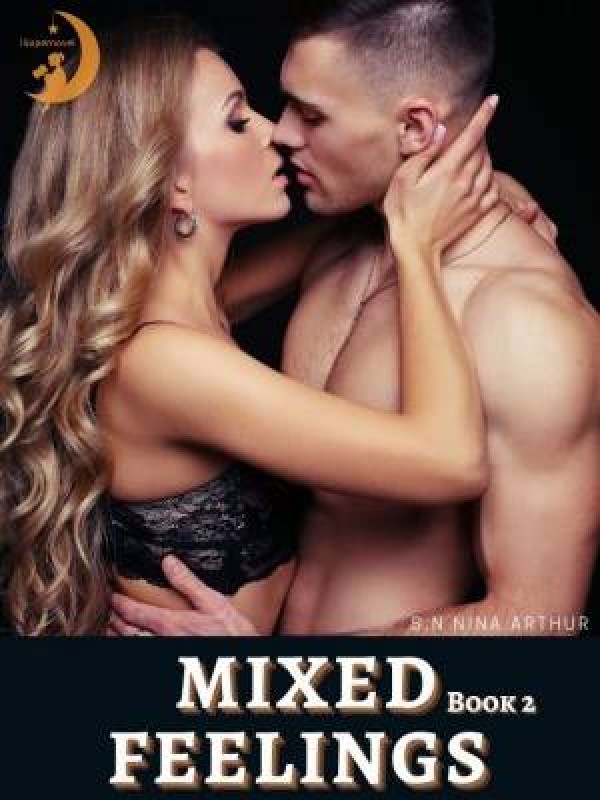 The heartache, lies, and betrayal were like red hot coal placed in her chest, it glowed and burnt her at the same time, but it did not cool quickly like coal in water, it throbbed and tortured her in all her walking hours and there was no relief to be found. She turned into a complete stranger nobody could ever recognize.Will Enzo change her? Will Nikolai win her heart?

I heard some noises nearby, and I slowly tried to open my eyes. A sudden surge of pain rushed to my entire body as I felt like waking up from a heavy slumber. My hands automatically reached my head, rubbing my forehead to ease the pain, but it’s not stopping. Memories flashed through my mind as I remember running from Enzo’s mansion and stopping at the park.

I looked around and found myself lying on a bed covered by a soft mattress in an empty room; it was bigger than my entire house. The walls of the room were grey. The bed I’m lying on was a white-tufted king-size bed that had beige sheets, pillows, and cushions covering it from everywhere. I looked down at myself and found the same dress that I was wearing before I lost my consciousness. I remember a bodyguard injecting me; I have seen him somewhere but couldn’t recognize.

I sat up and pushed my hair back. Everything happened in the mansion rushed back to me, his lies, setups, manipulation, and I feel betrayed by him. There are no words to describe my pain. That day when he saved me from Brian I felt that he’s my saviour, I couldn’t believe that the whole thing was a setup. Tears were streaming down my eyes while I felt shattered and broken into a million pieces.

Every detail of what happened was etched into my brain like an Etch, and a Sketch, except if it was shaken, I’m more than sure that the memories would remain. I feel stupid to trust him; I hate myself for believing everything that happened between us naturally occurred. He was my sunshine, the one for whom I lit from the inside. I used to feel a frisson of love, even if my thoughts turned his way for only a moment. The image of his face once conjured my smile; I would yearn to dive into his eyes. I have done anything he asked, given him whatever he wished for.

And All along he was fooling me, lying to me, playing with my emotions like I’m a fucking toy. Why didn’t I listen to Beth and Zach, every single time they tried to warn me about him, but I chose to ignore? I’m the only reason behind my heartache, and I was stupid enough to be played by him. This heartbreak feels cold. It feels like concrete drying in my chest.

This heartbreak was unexpected, as they always are - top of the world one minute and cut down the next. There is no love in this world, only people using other people. They are in denial if they think otherwise, or perhaps in their mental weakness, they cannot accept other people or even themselves for what they are.

My hands grasped my hair pulling them down, nausea swirled unrestrainedly in my empty stomach. My head swam with half-formed regrets. My heart felt as if my blood had become tar as it struggled to keep a steady beat. My melancholy mood hung over me like a black cloud, raining my personal sorrow down on me as I cried and cried until I heard someone opening the big door at the corner, with a tear stained face I raised my head to see a shadow walking towards me.

I couldn’t breathe, it felt as if someone was choking me. My heart was racing, and all I wanted to do was curl up into a ball and wait for someone to save me. But no one would. No one was there. A choked cry for help forced itself up my throat, and I felt a drop run down my cheek.

He reached me, bending down he grabbed my arm pulling me up roughly from the bed. He dragged me with him as he was walking ahead. It was dark, and I couldn’t see who this bulky man was.

“Who are you? Where are you taking me? Where am I?”I asked, scared to know what they’ll do to me.

He dragged me out of the room, we were going through the hallway. Sunlight was beaming through the window, I covered my eyes until my eyes adjusted to the light. I turned to look at the guy who was dragging me to god knows where he was a tall and well-built man who’s dressed in a black t-shirt and blue jeans. He walked us to a room and knocked on the door. A rough deep voice came out, It felt oddly familiar.

He pushed the door open and stood beside it letting me walk in first, I was so scared that I couldn’t even lift my legs. With shaky legs I stepped inside the room, Immediately that bulky man shut the doors. I turned around to see the doors shut, I gulped, my hands were sweaty and I was shaking terribly. I slowly turned around to see a man typing something furiously on his laptop, his head was down which is why I couldn’t see who it was.

He was dressed in a dark blue Armani suit. The room was a study room, and one corner was filled with Wooden Shelves embedded within the walls but ran a few meters above wooden Carpeted ground. The sleeves were squared around all the bright beige engraved walls of the room leaving one place in the middle of the wall for a fireplace. The desk was placed in the middle of the room with an L shape turquoise couch right in front of the desk. I turned my gaze on the man and gasped finding him staring at me intensely.

“Nikolai!” I said in disbelief.

Did he kidnap me? Why? Is he going to kill me? What does he want from me?

“Hello Vanessa," he greeted with a smile.

He’s changed a bit from when I met him, his hair grew and he has slightly grown a beard making his jawline hard and sharp, He was much more attractive than before.

“H...Hello,” I replied, I was so confused right now. I need answers like tons of questions in my head as he sensed it he said,

“I know you have lots of questions in your head, I will answer them Vanessa, but not now.”

“Can you at least tell me why you did you kidnap me?”

“Trust me Vanessa you will thank me later for doing this,” He said looking into my eyes with his electrifying blue eyes, unknowingly I was staring into his eyes.

His eyes were blue like the ocean, shimmering and crashing beneath the sunset. Looking into his eyes was like looking through a fragile piece of turquoise sea glass, which laid in the sand glistening in the sunlight. As calm as the sky before the storm, but as wild as the sea during one. Those were his eyes.

Although His words confused me, even more. Why would I thank him?