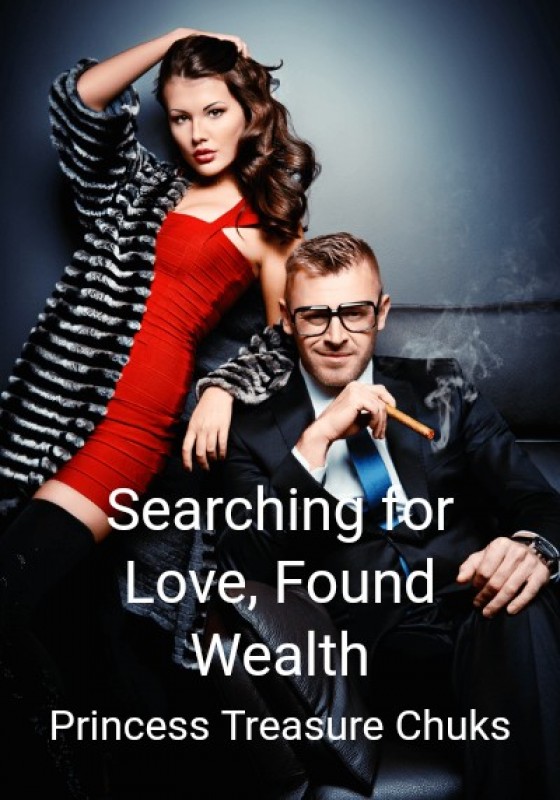 A young lady grew up on a suburban town full of all the bad things that remained in the world. Her mother tried to give her the best of life but bad lucks chased them everywhere. Relocating to a bigger place gave her an opportunity to make friendships. But bullying became another problems as the school had a Queen Bee. Kiera also found out that her real family were time less multi-millionaires. Revealing that she had found something as much valuable as Love.

The pain of Loneliness

I was walking back home again from school, all alone. My friend, Jana didn’t come with me today. She was probably sick of being called a “chimp” too. The skies became cloudy.

It was going to rain. I hastened my steps and stopped at a bakery shop. It was closed already.

Some school boys were coming from my right. I quickly turned my back so they wouldn’t see me but I was too late.

“Hey, black chimp!” they laughed. They called me other names but “black chimp” always got to me.

It wasn’t my fault I was nerdish and black-skinned.

“Come out so the rain would wash you clean” one of them jeered and an uproar of laughter followed.

I tried closing my ears hoping they’d go away but it seemed they too were waiting for the rain at the shop. I couldn’t hold it. I ran out from there under the rain. “Yeah, wash yourself” I heard them yell. “You could get prettier too”.

I knew I was crying but the rain hid my tears. At our doorsteps, they were stones with pieces of glasses. I quickly ran inside, my mom was startled. “Oh, it’s you” she exhaled.

They had come again. The bullies. They couldn’t just let a single mom family live amongst them.

I ignored my mom and went upstairs to change. She knew I had a bad day, so she didn’t bother ask.

I tried calling up Jana but she ignored my calls. I tried crying but somehow I couldn’t. My face was wide. I had full lips. Big eyes. And everyone called it ugly. I was so tired. I slept off.

At school the next day, our sports teacher had asked for someone to volunteer to represent our school in an upcoming competition.

It was an annual competition that usually excited me. I wasn’t good at running but loved watching the sport.

“Chimp, why don’t you go? Animals are fast in running” a girl had said to me. She had said it with no emotions like it was normal to call someone a “chimp”.

I tried to suppress the anger growing in me. That wasn’t just right. If I, a fifteen year old senior high school student is a chimp, then what would she call criminals? Saints? This misconception wasn’t just right.

And this “little Missy” needed to know that. I haven’t really ever spoken up when people bullied me but naturally I was a fighter so I intend to keep being one.

“Um… Well, the name's Kiera not chimp” I spoke up to her.

She turned to me looking surprised “whatever, I prefer “chimp”, anyway” she snapped back and walked away.

Jeez, she had a fast tongue but I wasn’t going to give up. My name was “Kiera John” not “Chimp” and all who didn’t know must know! Nerdish, ugly or whatever their excuse was. I would stop letting them trample on me.

I glared at her retreating figure. She walked with briskly, with some kind of pride, to a boy playing around. She had tugged at his hair and dragged him by the ears. That boy could be fourteen or so, I wondered why he let her treat him that way.

Also, some other boys saw her but just let her pass. I thought boys had a bro code on defending one another. And the boy wasn’t small so why should she have treated him that way.

“It seems you’re a human abuser” I thought to myself. And since she bullied boys too, she must have good back-up somehow. Whoever it was, wasn’t advising her properly. That girl needed some re-orientation on how to treat people.

Today was different from other days, I had a flare of determination, a flare of hope – I’m not going to be trampled upon – I was going to fight back. Bullying is a disease and I’m willing to be a Doctor to cure this. No more a patient nor victim. Time for me to say something, and it’s actually believed.

It still surprised me how a girl living in the twenty-first century would still be complaining of bullying like this. At other countries I’ve heard of, like France, Italy and Germany, bullying was almost at minimum.

Or was it a norm that couldn’t die. Well, it made my new small town, Cornfest, rather special. It had all the remaining problems of the world. “Haaa!” I sighed with exasperation.

I was now more confident while walking home, ready to eat up anyone who tried making me inferior. Luckily for them – sadly for me, we never met.

My road home was almost free from any human existence. Even my doorstep had no stones or glasses. I guess the world is getting my message even when I haven’t passed it. I smiled.

“Mom, I’m home!!” I yelled out with excitement. I plan on infecting my mom with my new found hope.

“Hey, you’re back?!” came her voice from upstairs. I smirked, I noticed the unusual cheer in her tone.

One thing about my mom is her rapid mood swings. Someone could break a news that would put my mom in tears but the next moment you make a good joke, she’s laughing. Makes me think if she actually fake her moods.

She came down few seconds later wiping her wet hands with a towel. “Guess what mom?” I blurted before she asked why I was so excited.

“Umm.. a kid made friends with you?” she asked wide-eyed. Somehow it killed my joy, it’s not like it wasn’t a good thing if that actually happened but... I didn’t care about having friends much.

Why would I go bunkers if a kid made friends with me? Makes the idea of having friends look like much of a big deal.

I'd be more than glad now to have a partner who would think more openly – any body would do for my lonely soul. My mom’s questioning look reminded me that I haven’t answered her yet.

“Nope, who cares?! But my news was that I stood up to a bully”. I bet Mom must have noticed the sad and downcast tone I answered her with because the next thing she said was “oh, that!”.

I left to my room to take a shower. My mom had kept her eyes glued to me while I walked past. She must have been wondering “what’s wrong with my baby girl today?”

We ate dinner in silence – well, silence I mean by none of us talking to each other – but in my head, series of questions were being played.

“What would I do if Jana calls me a chimp too?” “Won’t I cry for how soon her betrayal came?” “What did I ever do to deserve this?”.

I think I forgot to add that I wasn’t very beautiful and had the “big nose” but duh, I’ve seen kids with even bigger nose.

I had a nice skin and was smart but no one noticed that, or acted like they noticed it.

I didn’t have cousins. I know wherever I came from must be a powerful family cos of my mom childhood pictures.

She looked wealthy but now, I didn’t know where that was. I longed to belong somewhere.