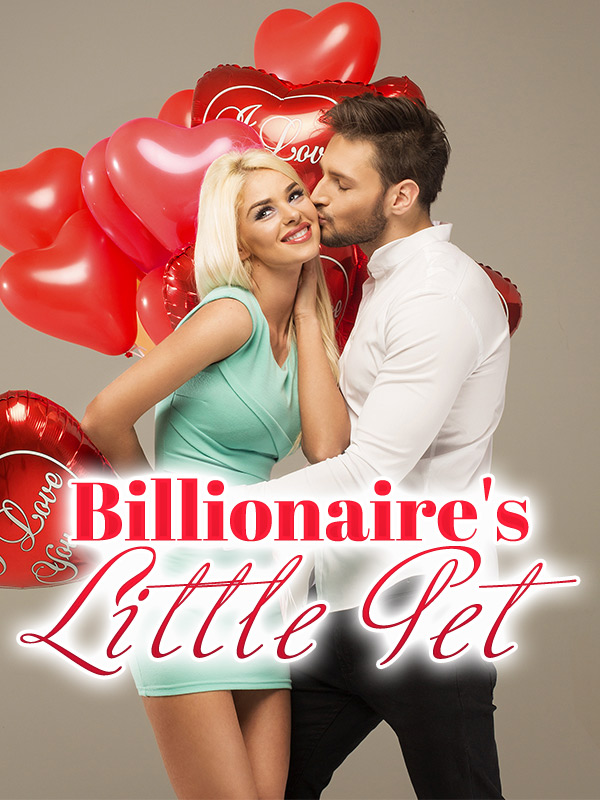 Billionaire Erick treated Emilia as his little pet, and he could do anything for her, even change her parents... Erick treated Emilia as his little pet. She said that her parents didn't love her, then he changed her into a new father and mother. She told him that her brother and sister bullied her, so he said to them, "Respect my wife as how you guys respect me." Emilia wanted to go out every day. Erick said, "My love is such a beauty. Keep an eye on her." "Young master, are you sure she is a...?" The butler said. "Get lost!" Erick said.

Chapter 1 This Is Your Husband

"Kneel." As soon as she was pushed out of the car, she was forced to kneel.

“Bow down.” Another low growl sounded before her head was pushed down forcefully till her forehead banged on the marble floor.

And there was blood.

Still, the person ignored her and continued banging her head multiple times against the floor.

Blood slid down her cheeks and flowed to the corner of her mouth. They tasted like metal.

She wanted to scream, but the cloth stuffed in her mouth prevented her from doing so.

Her long hair was yanked upwards, forcing her to raise her head and look ahead.

In a red coffin, a man lay silently in it.

Emilia Dixon swore that she had never seen a more charming looking man.

She was bedazzled by the beauty of Erick Ruiz.

He looked so much better than what she had imagined.

If she had been asked to marry such a man in the past, she wouldn't have hesitated to abide by the request.

Then, she would sleep with him.

But today, she didn't want to marry.

She knew what would happen if she married a dead man.

That was, she had to die.

"Emilia Dixon, this is your husband. From today onwards, you and he will be married in the afterworld. Remember to respect and love each other when you get there, and you will be with each other..." Mrs. Ruiz stepped forward and said gently as if Emilia had really become the daughter-in-law of the Ruiz.

Emilia couldn't bear to listen anymore. Her eyes were filled with horror. She wasn't dead yet, so how could she be chosen for a ghost marriage?

She tried hard to break free and managed to escape the two women holding her.

She turned and darted.

She removed the cloth from her mouth and screamed to the foot of the mountain, "Help... Help..."

She was only nineteen and didn't wish to die.

However, no matter how fast she ran, she was not as fast as the well-trained members of the Ruiz.

Both women dragged one of her arms and slid her body onto the bluestone tiles, revealing a red line of blood.

As for Emilia, she watched helplessly at the bottom of the mountain and was sure that she was getting further away from freedom and life.

"I swear that I will marry him even if I'm alive. I'll live in this cemetery from today onwards and guard him every day, okay?" She had always been afraid of corpses and was more afraid of walking into a cemetery.

But at this moment, to survive, she would rather stay in this cemetery for the rest of her life to guard Erick.

She was willing to do anything.

There was nothing better than staying alive.

"This is your fate. Either you go in by yourself, or we will throw you in. You choose." She was shoved in front of the red coffin and surrounded in the middle. Mrs. Ruiz and Cora Fischer took a step back while making their statement.

"Dad, save me. I don't want to die." Seeing that the Ruizs were ignoring her, she had no choice but to crawl towards Brantley Dixon, who hadn't spoken a word since he followed over.

That was her father.

Yet it was her father who had volunteered his daughter for the marriage.

She couldn't understand why her father was so cruel to her.

She tugged at the hem of his pants frantically. "Dad, save me. I'll be good and never make you mad. Can you please take me home?"

She looked up. Her delicate little face was covered with tears and blood.

However, Brantley stood rooted silently. The sight of him in Emilia's eyes eventually became blurry.

After today, he wasn't her father and would never be. She glared at him with bloodshot eyes. If there were an afterlife, he would be her enemy.

And she loathed every single person equally before her.

"It's time. Throw her in." Behind her, Cora's cold voice came. Then, someone carried Emilia and hurled her into the red coffin.