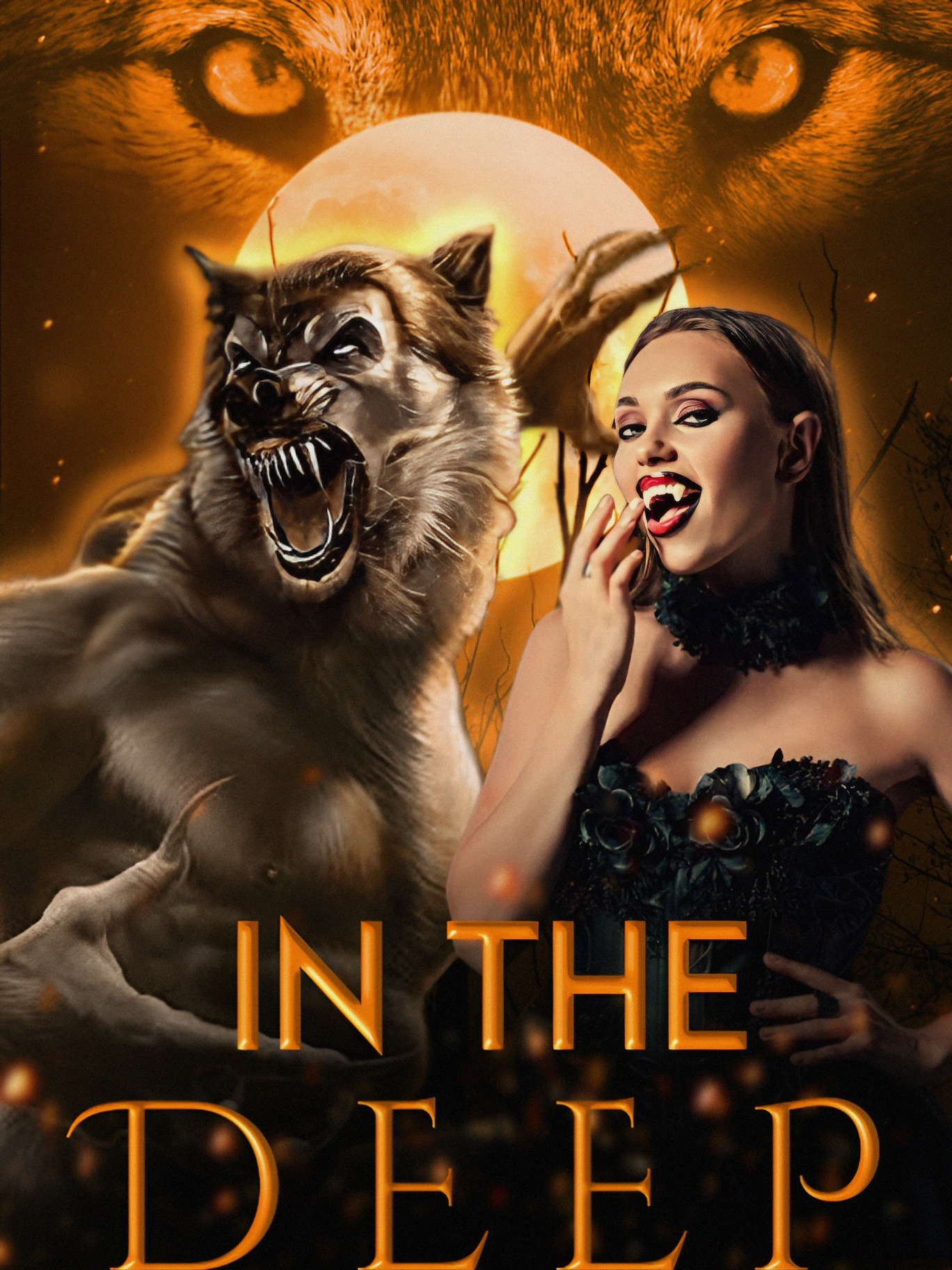 Two figures, different destinies. Contrasting paths, yet joined together. Fanny and Louis, though from different species and backgrounds, were forced to work together when they found themselves in certain challenging situations. They had to disregard generations of hatred between their two races. Through the series of adventures the two must help themselves on, would they form a bond? If so, would that bond tell their different races a story? Or would they choose to rivet back to the old ways? Louis has fallen for her but will she ever love him back, or will her dislike for his race and pack keep her in check? ••• His eyes darkened, his lips quivered and before he could chicken out, she moved in on him. His mouth tasted like O-positive blood — her favorite. With his hands firmly on her waist, Fanny let him deepen the kiss, savoring the way his tongue teased her. She let out a soft moan when he nibbled at her lower lip, shivering as his left hand slid up and down her back while the other rested on her bum. A minute, two minutes and the two were gasping for air.

A figure could be seen running in the woods. She was rather slow as the snow that was piled up on the ground hindered her speed.

The exposure was something she didn't like. It wasn't like the violent winter breeze had anything on her. She could barely feel anything from it. But why did she have to feel so exposed? The trees no longer formed a canopy. Maybe it wasn't the season for that to happen?

She had to stop. She might be running in circles. There was no landmark to show that she was making any progress in her search for a way out of the forest. She laid her back on a tree.

"This is pointless," she said out loud. "I feel like I've been running without direction."

Winter was at its peak. If there were to be landmarks anywhere, then they must have been covered by the piles of snow.

Her brunette hair fell into her eyes as the winter breeze blew, making echoing sounds in the forest. She hissed.

"Alright, Fanny. At least you made it out of that chaos in one piece. What you need now is to get out of here," she said to herself.

She left the spot where she was at to explore her immediate surroundings. All that Fanny could see were trees, snow and more trees. She hissed. There was nothing else to be seen.

As she wandered around, she came across some footprints. She squatted to study them.

"A man. How nice," she said to herself when she determined what species they could belong to.

She followed them until she saw the owner of the footprints. It was a man with jet black hair. She licked her lips at his back view. Broad shoulders. A nice crop of hair that looked like it was last combed ages ago. He wore a black cloak. He was sitting on a boulder.

'How come I've never seen a boulder? Unlucky me,' she said in thought. 'Anyway, he looks hot.'

She approached him. "Hey-"

Before she could get the words out of her mouth, a body already tackled her to the ground. "Who are you and what are you doing here?" he asked with his hands around her neck.

Fanny made choking noises and burst into laughter. "Get off me. You need to do better if you want to choke me to death," she said.

He held her between his thighs. "Who are you?" he growled.

"I'm a traveler, just like you. Unfortunately, I got stuck in here," she lied.

He was suspicious to her as well so she wasn't going to just take all the information about her and give to him on a platter of gold.

The man stared at her for a long time before skeptically releasing her. "If you say so," he said and went back to his place on the boulder.

"That's it?" Fanny asked. He was different from most people. How come he was so uninterested in things. Most people would have stayed to chat.

"I mean, won't you chat or something? That's what most people would do at least," she replied. She wanted to sit on the boulder as well but thought better of it. Instead, she leaned on a tree that was quite close to him.

The man scoffed. "I meet a strange girl in the woods and you expect me to just up and start talking to her like we're old friends who lost touch with each other? No, thanks. Just be on your way now," he said rudely.

"The way you speak makes me want to stay here and see if you'll die if I do," she said with a smirk, her arms folded in front of her chest.

He sighed. "What do you want from me?"

He stood up and stared at her with disgust written all over his face. "You irritate me."

"That's lovely. Can we talk now?" she asked in a sweet voice.

He hissed at her and turned. Not to her surprise, he began to walk away. Fanny smirked and followed him.

"You know, if you keep this up, I might just end up frustrating your life," she called from behind him.

He halted abruptly. "What do you mean by that? And for crying out loud, why the hell are you following me?" he cried in annoyance.

His voice sounded so sexy. "Sweetheart, I said that I just wanted a chat. Can't you do that much for me?" she said.

She hurried to be by his side, jubilating in her mind.
"So what brought you into these woods?" she asked him after sometime.

"I was chased here. Don't ask me why," he replied.

"Don't worry. I don't want to know why. So you're trying to find your way out of here too?" she went on.

"Of course I am. I thought you would have guessed that by now. Anyway, I doubt you even have a brain in there," he said in annoyance.

A smile tugged on the corners of her lips. "Funny. Between the two of us, I think you're the one who needs a brain upgrade. But that's by the way."

He stood walking and turned to his side to glare at her. "What is wrong with you? Why are you bothering me this much? You wanted to know why I'm in these woods, right? I've told you. Why don't you let me be and disappear or something?!" he yelled.

It felt so nice to hear him angry. She smirked again. This man was more interesting than she thought in the beginning.

"First of all, I told you that I wanted a chat, and a chat we are having. Secondly, I love your voice, especially when you're annoyed. It sounds lovely," she said. He regarded her with disgust.

"Won't you ask me what I'm doing here too? What if the story I told you back at our meeting place was a lie?"

"I don't care," he said. In a split second, the snow was thrown into her face.