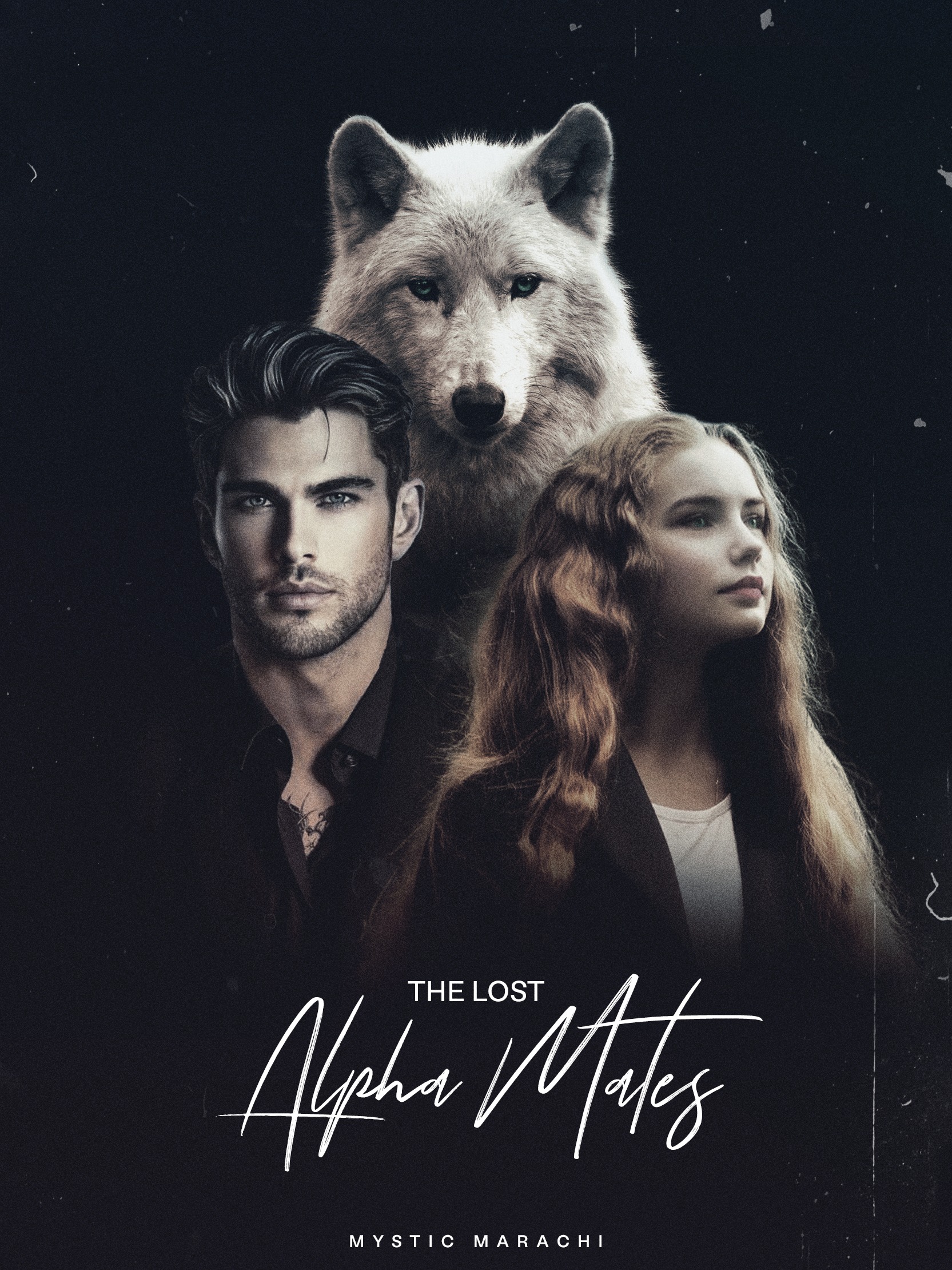 "You have to come back to your people, they need you, this isn't you Asher," Melania said struggling with the pains of rejection from her long-lost mate "I am not Asher, I'm Levi!" He yelled in anger "I'm in my home, I'm a rogue," Asher replied in a flat voice "And you have no liberty to tell me what is right or wrong!" He exclaimed pulling her forcefully from the floor where she was writhing in pain and pushing her toward the wall "Argh," she groaned in pain not wanting to fight back "You're my mate, Asher, you're hurting me," "Don't call me that!" He growled at her, and he suddenly went blank he could feel the mate bond between them and he retracted "You have to come with me," Melania begged "Go and never return," he said without looking her in the eyes, he turned and made his way out He couldn't help but wonder why he always felt a strong connection with the girl who had perfect snow-white skin and a face that seemed perfectly carved, with each step he took he could feel the pains in his heart and he barely managed to suppress it so she wouldn't notice "See she gets back to her clan safe," he said to one of the bodyguards before he got into the car. "Argh, my head hurts," he shrieked in pain cupping his head in one hand and clenching onto his chest with the other He needed explanations as to why that girl, the girl he always sees beckoning to him in his dreams suddenly comes up with the idea of him being her mate!

It was the dance of the Blue Moon where other pack members gathered together in the assigned pack domain usually chosen by the moon goddess through the seer.

Usually, the dance was to celebrate the goodness of the moon goddess over the year and also to give mate to the Alpha-to-be, Beta-to-be, and Delta-to-be so they could carry on the responsibility of their parents

This year's dance was chosen to take place at the Blue moon pack to the surprise of the other pack Alpha even though Alpha Dixon's son Asher was only ten,

"What's the point of the dance taking place at the Blue Moon pack when Asher is only but a child," Duke, alpha of the silver heart pack who was known for his frequent objection said, he was ruthless and the outcome of his character is the much rare attack on his pack {Although not much attack has been carried out in the last couple of months}

"You don't question the moon goddess!" Kayiya, the frail-looking moon Oracle said in a protest, and everywhere became silent with no objection, the Alphas of each pack went back home in preparation for the dance

"Come on let's go on to the woods while everyone is busy," Asher said pulling Melania by the wrist

"Asher, my mom said to not leave the ball," seven-year-old Melania protested in a sweet feathery voice

"Asher I'm not a scaredey cat, stop calling me that," Melania said rolling her golden eyes that reminds one of the rising summer suns

"Then prove it," Asher said stomping his little right leg on the ground in a bid to mimic his father Alpha Dixon when he was passing a pronouncement {that show of expression clearly meant his words were final and no objection would be welcomed}

"Mom said to stick around because of the rogues, heard there were planning an attack today, according to what I heard it was a perfect time to plan an attack on us since almost everyone is gathered here today,"
little Melania said in a bid to convince her friend who was proving too stubborn, Melania was finding the process difficult, and going to the woods didn't seem like a good idea to the seven-year-old incoming luna of the blue blood pack

"Pssst, absolute rubbish," Asher said waving his hands in disapproval, although he was only seven years old, Asher understood his place as the incoming Alpha of the blue moon pack and was building himself or so he thinks {although his dad thinks he is too impulsive and of a truth he is}

"The borderline is heavily guarded by the wolves of the Alpha and Beta and Delta of every pack present at this dance," he said, enumerating the ranks with his fingers

"Come already," he said, holding Melania's hands, even though they weren't from the same pack they could be well described as best friends

"Okay fine, but first let me go tell my mom," Melania said finally giving in to his bidding

"Fine, let's go but we'll be there for only twenty minutes," Melania begged,

"Alright, alright Twenty minutes," Asher agreed even though he had plans of staying for more than that time

"Let's get going before either of our parents notices our absence," she said looking suspiciously around to see if she could catch Luna Mona's prying eyes on her when she was sure her mother was too busy to even notice her

Holding hands together the duo left the ball together, "Asher are you sure about this?" She questioned, visibly looking scared

"I am, it's not like we're wandering outside the pack we're still in the kingdom beside my father made sure the security at the borderline is ruthless," he boasted

"How ruthless Asher?" She teased a little, making cute puppy eyes although she would give anything in the world to not go on this adventure with Asher, knowing who her friend is she would be left with no choice but to go with him besides they don't get to see each other every second

In no time, they were walking towards the woods the Moon was up in its full glory, shining brightly and casting shadows, and that made Little Melania even more scared...

The further they went into the woods the more scared Melania became, shambling browls came from the deep in the forest that their little eyes can't reach under the full moon, huge trees stood tall like a ravaging monster with eyes fixed on them,

Melania moved closer to Asher who clenched his little hands over hers in confidence even though his heart was pounding a little, he has come too far to give up the lake was still at least a few walks down the rocks and he didn't want to appear a coward in front of Melania

"Can we go back now," Melania asked visibly frightened

"Race you to the lake," Asher said ignoring her, and ran towards the lake that was already visible from the point they stood

The lake was a shimmering crystal-clear body that stood gracefully.... as soon as they got to the bank of the lake Asher plunged into it splashing water on Melania who by now really wanted to go back to the gathering

"Ouch, stop it Asher it's chilly," Melania shrieked in fear

"I wonder how you'd take over your clan and act in place as their Luna," he teased

"Huh, your Dad said that merely to keep you happy, maybe your mate would be stronger and more fierce and would suit a scaredey cat luna perfectly," he said gesticulating with his fingers

"My mate would definitely be the sweetest Alpha male that would ever rule the blue blood pack," she said holding her hands close to her chest

"Not more than me tho," Asher boasted, his eyes covered

A night before the Dance of the blue moon

The night was aglow with bright city lights, and two SUV cars were parked in front of a bistro away from the city it was midnight but people were still seen walking on the streets... Four men came down from the cars two each, they looked creepy in their dark shades and black suits,

People who saw them moved swiftly away, no one was bold enough to start close for so long

"Where is he?" A huge study man who was about 6"0 with a mohawk haircut with a scar that started from his left brows to his nose asked

"He's not here yet, but I'm sure he will be soon, we're not to be seen with rogues," one of the men replied

"Rogues, did you just refer to us as rogues?" The first man questioned clenching his fist in readiness to bury it in the face of the other one who just spoke

"Kai, ignore him he's insensitive," a man who had come out from the same car as Kai had said

"Let's go inside the bistro, so we don't get noticed," the man who had initially acted as a peacemaker said

The four men went into the bistro and headed directly to the VIP section with people giving way to them to avoid bumping into either of them, especially Kai

"He's here," one of the men announced

"At the secluded area," he announced, looking at the note in his hands

The four men stood up and went to the description of the note, the room was secluded and the lights were dim making the vision a hectic task abandoned by the authorities of the bistro and away from the public access

"It's tomorrow don't mess it up," a man in a full faced masked and ankle-legged jacket said in an authoritative voice

"No boss we won't," Kai who was superior to his counterpart said

"How do we get our pay though?" Kai asked matter of factly

"You'll get your pay when you're done with the deed, moreover, killing as many Alphas as you can isn't that gruesomely awesome?" He asked with a sinister smile

"The main target is the little child, get him out of the way, that's when you get your payment in full," he said waving hands with a cheque in it...

"We'll do as you have instructed," Kai said and all four men started making their way out of the room

"Don't forget the child is the main target," he shouted after the men who turned back and nodded in approval

"They won't know what hit them," the masked man said while sipping from his glass of whisky