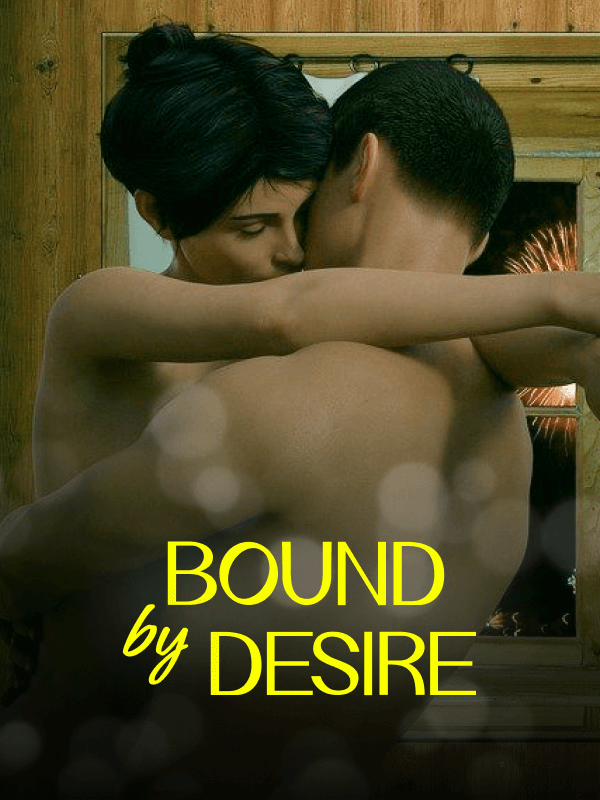 Stella wants her groove back after her divorce, but she never figured a younger man would be the answer to her prayers. When she offers him a hefty sum of money in exchange for three weeks of hot sex…he’s determined to do more than bind her wrists. He wants her heart, too. Stella Barnes isn’t looking for love. She’s convinced it’s not in her plans. The guys she’s met seem to want her money and greeting card business. When her sister throws a freedom party at the local dance club, Stella meets a man who makes her think twice about giving up on love. Can the young buck command her body and soul in the sensual ways she needs or will her desire to be spanked send him packing? Wes Chase has known he wanted Stella since the moment he saw her—at the club and two years before when she was still with her husband. Her plan to use him for her date to attend her ex-husband’s second wedding makes him cringe. He’d rather be with her out of love and kinky devotion, not as a dodge. Will he convince her they belong together and he can set her spirit free or will her fear keep them apart?

“Another day of darkness, another lousy situation.” Rachel Brown finger-combed her hair then turned to her friend, General Krum. “I hate darkness.”

“It’s not my favorite thing,” General replied. “I want the sun to return.”

“Too bad it won’t.” Rachel stared out the window of the apartment. Street lights glittered below. She longed to leave the confines of the apartment for somewhere—anywhere—else, but humans hadn’t been permitted to roam alone in five years. “You never told me why you were named General. Tell me the story to take my mind off my next date to feed the vampires.”

“Not much to tell,” he said. “My parents weren’t creative. They named me General, my sister Saint and my brother Sergeant. I don’t know why. Maybe they liked the military?”

“Saint’s a pretty name,” she murmured. Her mind wandered. Will Jon Schiff be at the Refuge today? She hadn’t seen him in a while.

“Have you heard from Jon?” General stood beside her and folded his arms. “Is he coming back?”

“Are you reading my mind?” She shrugged. Hearing the name of her crush both annoyed and enticed her. She longed for the hours when Jon visited the Refuge. He’d come along after the Refuge had changed names and reasons for existence. Her friends Kitty, Vic and Gale had turned the Store Front, a place for humans to service supernaturals, into the Refuge—a place anyone could come to and find sanctuary. But now that Kitty, Gale and Vic had stepped aside, the Refuge wasn’t as safe as it had been before.

“Come on. I know you sneak up to the fifth floor.” General elbowed her. “You’ve been watching him when he visits Maddox.”

“So?” She fought the urge to shrug again. “I like to watch, but he hasn’t been visiting Maddox. He’s seeing Dana.” She wasn’t a voyeur of everyone. No, she liked to watch Jon. She’d memorized the location of each of his tattoos, that he’d pierced his left nipple and his tendency to go without underwear. She knew who he was and longed to hear him call her name, but he had no idea she existed. She imagined he’d gaze at her with those dark eyes and whisper her name during sex. A girl can dream, right?

“Why don’t you tell him you like him? He might be interested.” General shook his head. “I need to get down to the cafeteria. I’m supposed to work the dinner line. Want to come along?”

“Sure.” She followed her friend to the ground floor. “He won’t be here today.”

“How do you know?” General gestured to the lobby. “Isn’t that him?”

“Where?” She ducked behind one of the pillars. Jon was there. Holy shit. She waved to General. “See you?”

“Eventually.” He chuckled and left her in her hiding spot.

Rachel peeked around the concrete pillar and spied Jon. She shouldn’t be watching him, but she couldn’t help herself.

“You don’t understand,” Jon said. After running his fingers through his blond hair, he stuffed his hands into his jacket pockets. “I can’t be here any longer.”

“Why?” Dana flipped her long black hair over her shoulder. She stuck out her bottom lip. On anyone else, the gesture would be childish, but she managed to make the pout attractive. She laced her fingers together and pushed her arms into her breasts, making her chest appear bigger. Her creamy white flesh showed no evidence of bites from the vampires.

Rachel rubbed her arm. She couldn’t remember if Dana was one of the vamps, but she thought she might be. Vampires were always so beautiful and blemish-free. Rachel would never have perfect skin—not when the vampires used her for feeding. She hungered for the days when she’d been carefree and innocent. When guys had looked at her with longing, not as a meal. Before the darkness, she’d been happy. She might have been able to attract Jon. Not now.

“So you’d just walk out on me. Like that?” Dana folded her arms and cocked her hip. “I’m not good enough?”

“I never said that.” He leveled his gaze at her and a muscle in his jaw tightened. “I’ve spent enough time here. I should move on.”

No, no, no. Rachel bit back a whimper. She liked seeing him there. How could he leave? She hadn’t even plucked up the courage to tell him she liked him. If he never came back, she’d never have her chance.

“Who is she?” Dana snapped. “There has to be someone else. I’m the prettiest girl here.”

“Don’t do this,” Jon said. He held up both hands. “We had something good. Don’t fuck it up by getting mad. You don’t want me. You have a thing for Thaddeus.”

Rachel shivered. She’d seen those skills. She longed to have him kiss her, to feel his tongue on her body and for him to make love to her. The craving within her increased. He couldn’t go.

He groaned. “Enough.” He turned up the collar on his leather jacket. He paused, then locked gazes with Rachel. He walked out without another word. Rachel froze. Is that a glint in his eye? A spark? She wasn’t sure…but something had changed between them.

Dana darted after him, but remained in the foyer. “You’ll change your mind. You’ll see you can’t live without me.” Her voice cracked and, when she whipped around, her eyes glowed red.

Rachel pressed her lips together and willed herself not to breathe or make any noise. The less Dana noticed her, the better. Hell hath no fury like a Dana scorned.

“He won’t leave me. I am not finished,” Dana snapped and stormed out of the foyer.

Rachel scrubbed both hands over her face. She’d seen plenty of breakups, but nothing like this. Something felt different. Part of her wanted to chase after Jon and beg him to return—if only for her. The rest of her knew better. She was a human, a refugee in a supernatural world. She didn’t fit in. She’d be attacked if she went out on her own. One man could protect her, but he wasn’t coming back.

She headed up to her room and tamped down her sadness. Why focus on someone who didn't know she existed? Once she was in her apartment, the signal on her bracelet buzzed. The vampires wanted her. Damn it. Her stomach churned. They’d want to feed. They’d leave her weak again. Hadn’t she paid her debt already? If she left them waiting, they’d find her and the bites would be deeper. She stepped into the corridor.