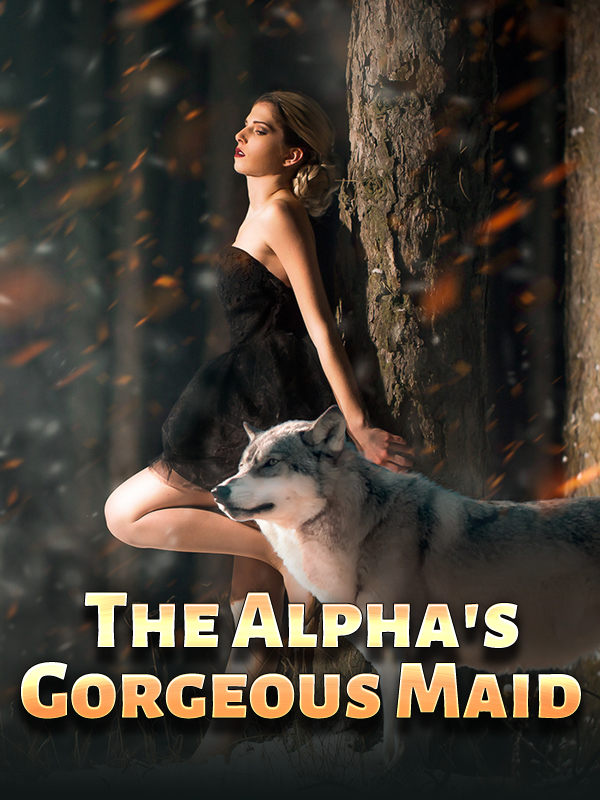 It was said that on those special nights, the high and mighty Count would become a horrible werewolf. On one of those nights, she accidentally encountered that scaring scene. Count had sex with her and she was not allowed to escape."Woman, you are mine from now on!""Ingratiate me, and I'll give you all my wealth and power..."After being imprisoned and tortured, she finally broke out. "I want a divorce!""Divorce? Baby, didn't I work hard enough last night..."In this way, she was once again pressed to the point where she had no strength to fight back.

Chapter 1 Rush into the Castle by Mistake

On a night of the full moon, there were no stars, but a touch of red in the sky.

On the outskirts, in the thick forest, there were something weird in the silence.

As the chilly wind blew past, a scream cut across the sky. "Ahh!"

In the deep forest, Andrea’s clothes were broken. She was severely pressed by an ugly and fierce man under his body. His dirty big hands tore and grabbed her beautiful body as he ripped away Andrea’s clothes with a creepy smile.

Andrea struggled with all her effort and roared desperately, "Go away, don't touch me."

The man laughed wildly and said, "You are sold to me by your mom, so you are mine. I can touch you in whatever way I want."

Andrea was stunned. She wouldn't have dreamed that the woman she regarded as family would treat her like this.

She even thought of forgiving this woman who had taken away her father. She would absolutely not let her succeed.

When Andrea thought about it, she was using one hand to push awaythe man that was on top of her and the other to grope on the ground. She grabbed a stone with a sharp edge and smashed it at the man on top of her without any hesitation.

The man let out a scream and fell from Andrea's body. She seized the chance to get up from the ground, turned around, and ran away.

The moonlight was gloomy in the forest, Andrea could not tell the direction at all. She was just running forward with all her effort.

"B*tch." The man held the injured back of his head and stood up with difficulty. His scarred face was twisted and gloomy. "You wan to run away? It's not that easy. I will f*ck you up today." He said, and then he strode to try to caught up with her.

Andrea trembled with scary, but she clenched her teeth and dared not stop her steps. She told herself that even if she died, she would not let this man get her easily.

The man roared behind her, "Stop, stop!" It even frightened the birds in the trees and they scattered in panic. This made the forest look even more terrifying.

Andrea stumbled as she ran away, but she could not find a way out, and the man behind her followed her just like a ghost.

Andrea is a girl after all. After running for a while, she had no strength. When she stopped to breath, the man caught up with her and threw her to the ground again.

The man rode on Andrea, slapped her twice and said. "You f*cking run!"

Andrea had no effort to resist. She desperately raised the sharp stone in her hand and aimed it at her own temples instead.

At this moment, a wolf's howl suddenly came from not far away.

The man was shocked that there were wolves here.

He immediately scanned his surroundings warily and ignored Andrea who was beneath him.

Catching the opportunity, Andrea pushed the man away abruptly and ran into the depths of the forest.

She didn’t know how long she had been running, and a pitch-black Gothic castle appeared in front of her.

The gate of the castle was dark, like a huge hole, glowing with an unspeakable horror. Andrea was a little scared, but the man behind her was still chasingher. There was no way out for her to retreat, so she could only burn her bridges and rush into the castle.

The man who was behind her was going to follow her into the castle. However, he suddenly saw a black shadow rushing out of the old castle and hovering over it, followed by lightning and thunder.

It was pitch-dark inside the castle, and there was a terrifying and gloomy atmosphere.

Andrea stumbled in, trembling in pain and fear.

The clothes on her body were torn and messy, and her fair skin was covered with scars. Every step she took was a burden to her.

Andrea breathed heavily and leaned against the door frame for support. Her tender face was pale. Her smooth forehead was covered with a thin layer of sweat.

She raised her hand and wiped the sweat from her forehead. Her fair face was pale with fear, and her lips were shaking.

When she was just about to get up and walk further into the castle, she suddenly heard a wolf howling.