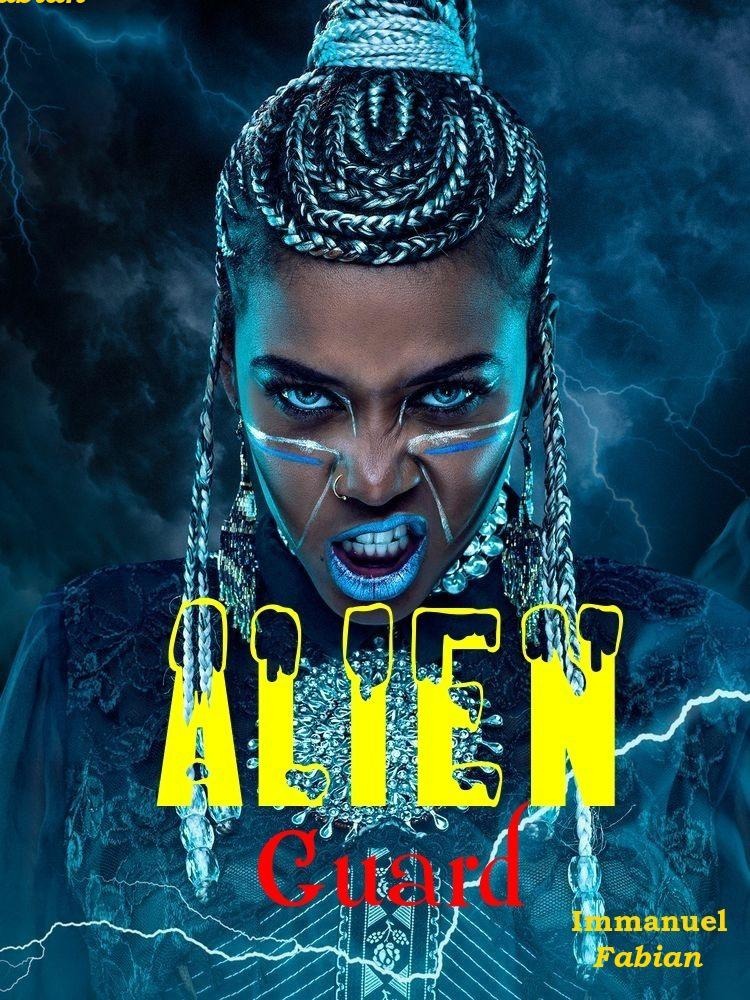 After witnessing more than half of the Earth been wiped off, Fatima must learn to survive on her own in the strange planet: Kedran. But it's hard to do so when you're a girl with a maimed leg having no survival skills. Journey with her as she passes through a shocking betrayal fit enough to shake the galaxies beyond. A loving father, a two- faced brother, a friend turned sister, a strange witch all contribute to her experiences. A tale of courage as she battles her way up the power ranks of the Kedran institute to become one of the Emperor's personal assassins.

‘Whew, Papa, the sun is too hot’, Fatima complained as she tugged her hijab which now glistened with sweat and stuck to her skin.

‘Stop complaining, we’re almost there, take this’, he said, pulling out an aluminum-colored water bottle from a brown leather satchel slung across his shoulder.

She quickly took it and drank its content, water was scarce on Kedra, it was simulated in the lab by the planet’s scientists and rationed out to the humans twice a day. She remembered that it was Papa’s water and stopped herself in time. She had already drunk hers at breakfast.

‘Now, try to get along with your classmates, when they see you being friendly, maybe they won’t bully you’, her father said, looking steadily at her as he spoke.

‘Papa, some kids just bully others for the fun of it, I …’

‘Kencha’, he said, cutting her off.

‘What, I don’t understand’, she asked, puzzled by his angry eyes.

‘I’ve told you before, we’re not on earth anymore, don’t call me Papa, it’s now Kencha like the Kedrans call their fathers.

‘Why do we need to follow their stupid custom, we need to preserve our…’

‘Keep quiet’ he said, holding his index finger to his lips. He was quiet for a while as they walked down the sandy path. Just as the school gate became visible, he bent down and cupped her cheek with his large hands.

‘Fatima, these rules are meant to keep you safe in this strange land. Allah will judge these godless people but we have to be alive to see it happen. Remember, lightning only strikes the tallest tree so blend in but don’t forget who you are’ he said, touching his chest to emphasize the last statement.

She saw the worry etched in deep lines across his forehead, he looked frail. His cheekbone stood out on his thin face highlighted by tribal marks. His beard was a scraggy grey color, they now crowded her sight as he talked to her. In the past weeks, they had gone through a lot together. She tried to forget the memories of Aliens in her hometown in Kaduna and the confusion that broke out as a result. They had even entered the schools; they changed the curriculum and taught the dangers of overpopulation. They then proposed to wipe out more than half the population on earth

A loud whistle came from the direction of the school, startling Fatima then the electronic gates slowly started closing.

‘Hurry, the gates are closing’ her father said.

She hurriedly walked past the school gates. Stopping at the guard’s checkpoint to show her ID card, she glanced back to see her father waving, she waved back just as the gate closed with a resounding thud. She thought she saw tears in her father’s eyes but she waved away the thought. Papa had always been strong, even when Mama died, he had consoled others and had not shed tears so why would he cry for her.

‘I’m a student,’ she managed to say in a respectful tone.

‘Imposter, we've never had a female human student’ the guard gestured threateningly at her with his fists.

‘Do we have a problem here?’ a baritone voice asked.

Fatima and the guard turned back to see the speaker.

He was a well-built man, around 9 ft tall, short in Kedran standards, he had bright white hair and piercing hazel eyes like every born Kedran citizen. The fine silk clothes and crest of the Federation on his shoulder pads confirmed that he was an important official from the royal house.

Fatima knew him. He was the Emperor advisor and the person responsible for her being sent to the school.

‘She claims she is a student’ the guard said with a smirk, certain she would be punished.

‘Of course, she is, be careful of how you treat students around her’ he said, with a low threat in his voice.

He turned and gestured to her.

‘Come, Fatima and embark on your first step to serving the Federation.