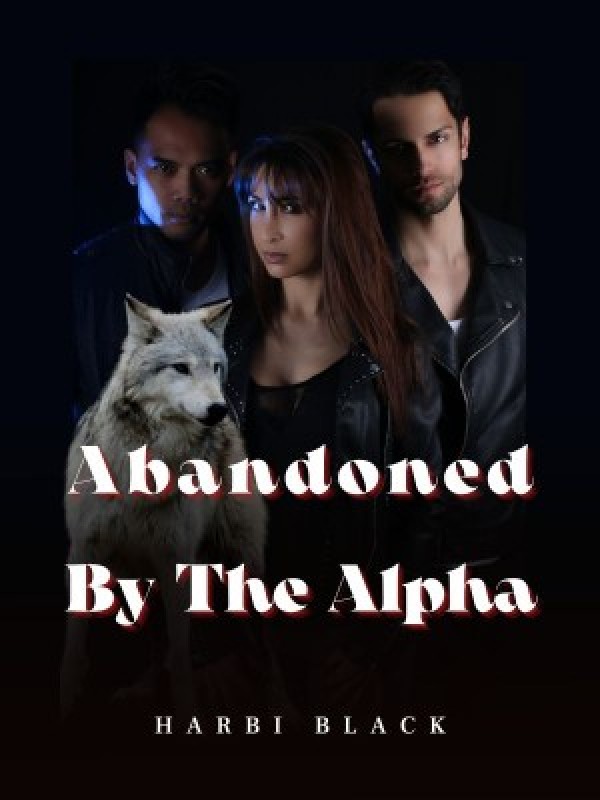 Abandoned By The Alpha

I had a perfect life, I had the perfect boyfriend who told me, even if we are not mated, I will be with you forever.I believed him, every word that came from his mouth, I believed it. Until one day, my world came crumbling when the truth was revealed. So I left him without shedding a tear, I was determined to be the strong Cassie from that day onward. Two years later, I came back with another man. Not too long, my ex fell on his knees realizing how much he loved me.

"Cassie, you're the best one that has ever happened to me. You know since the day I met you, I knew you belonged to me, and I belonged to you." Ethan gently placed her head on his chest and caressed her hair gently while Cassie remained silent on his body.

"I love you too, Sir Ethan." Her voice was simple and clear.

However, Cassie felt like someone was tapping her head, she didn't know what it was. It took a few seconds for Cassie to realize she was dreaming.

She gently opened her eyes, it was Rose who was hitting her.

"How can you be sleeping at this time, Cassie?! Sir Ethan is back and he wants his coffee already," Rose said.

Cassie gently nodded, her eyes almost closing as she made her way to the kitchen. She reached the kitchen and saw some of the maid girls talking about something and smiling.

"I heard Sir Ethan talking to the Winners Press about his mate."

"Wow! She must be the luckiest girl in the world. Imagine being mated to the most handsome man and one of the richest bachelors." Evon rolled her eyes seductively.

"Yes. I wish it could just be me but I haven't forgotten Luna Monica, she is so strict and everything she talks about in the press, she doesn't forget to mention that her daughter-in-law must be from a rich home as well. Although the moon goddess has fixed our love life, Luna Monica is ready to change it for her only son." Evon added.

"I think you should be worried about not getting fired rather than gossip about other people’s lives," Rose uttered angrily as she walked in. Rose was the oldest maid in the house of the Alpha and she had the right to control any of the maids.

Once Evon and her partner saw Rose, they straightened up and did their work. Cassie was busy preparing the coffee, once she was done she walked out.

"I wonder why Sir Ethan only wants Cassie to prepare his coffee. I bet I can prepare better coffee compared to her." Evon didn't forget to gossip about Cassie.

"I said enough of gossips!" Rose chided behind them.

Cassie entered the room of Ethan. He was busy with his laptop, sorting out some work. His back feature alone was so handsome, his skin was without spot and smooth like butter. His hair was black and shaped to suit his face well. His side profile could win "the most handsome side profile" if it was a thing.

No one would see Ethan and deny his exceedingly handsome face.

"Why are you late?!" came his curt reply which made Cassie shake. She was so scared and surprised at his icy face.

Ethan gently turned to her, remaining his icy frosty face which didn't warm up at all. He dropped his laptop and gently walked to Cassie who was already shaking like a jellyfish.

"I asked a question." His face didn't leave hers once, he looked at her shaky and sweaty hands and her face which had turned soft, almost crying like a baby.

"Sir... Please." It was the only word that came to her head. She was so soft she would beg without doing anything wrong and it was the same reason everyone took advantage of her and said mean words to her when they had the chance.

Ethan paused and looked at her well, his face cold and wicked.

"Why are you shaking?"

He moved closer to her, pinned her against the wall, and took his handsome face closer to hers. His breath fanned her bare neck in proximity. She could feel the concentration of his eyes on her skin as she avoided his hard as ice face.

Cassie closed her eyes tight while she breathe scaled higher and higher. Ethan took his face closer so that he was looking directly at her eyes which were closed. His face instantly softened and held her shaky hands then whispered, "I’m just joking, I would never be angry with you. I love you and you're my destined mate, can you calm down now," he said gently.

Cassie softly opened her eyes revealing her hazel eyes. Ethan’s face had changed from the cold one to the one she was familiar with and less scared of. It was his lovable and sweet-filled eyes, that one he hardly showed to anyone except her.

"Why did you have to scare me like that." She gently hit his chest while her face looked like a barbie doll - cute and babyish.

"Because I wanted to see this face, this cute little side of yours. I was stressed at work today and I needed you so badly but I couldn't call for you, it frustrated me so much. Cassie, I want to introduce you to my mom already, I want her to know you are my mate and I love you very much. My dad is about to step down for me, I want you to be my Luna but I need you to be stronger than this my love. The next Luna of Black Moon pack shouldn’t be weak you know," he said, his eyes in hers.

Cassie looked down and walked away from his warmth. The day she was scared of had finally come. Indeed, she was scared of Luna Monica, that woman would slaughter her if she finds out an ordinary maid is the future Luna of Black Moon Pack.

"Your mom will eliminate me if she finds out. I can't stand her, Ethan..." Before she finished, he walked closer and slammed his lips on hers. He gently snaked his hand around her waist and deepened the kiss, taking the crook and corner of her soft pink lips.

Once they reached the bed, she laid on him and pulled her top which revealed her boobs which were partly covered with a black laced bra. Ethan’s eyes budge, he cupped his hand around them and licked his lips seductively. He loved what he saw.

Cassie went back to take his lips, she licked his lip with her tongue and gently teased him in the same way which made him laugh.

Ethan turned her around and took charge, he used his wet tongue to tease her skin, making her moan and rub his head. He wanted more when he gently pulled her bra strap, he was about to see the whole package when the door suddenly shut open.

"Who the hell?!" Ethan barked but paused when he snapped his neck and saw who was at the door.