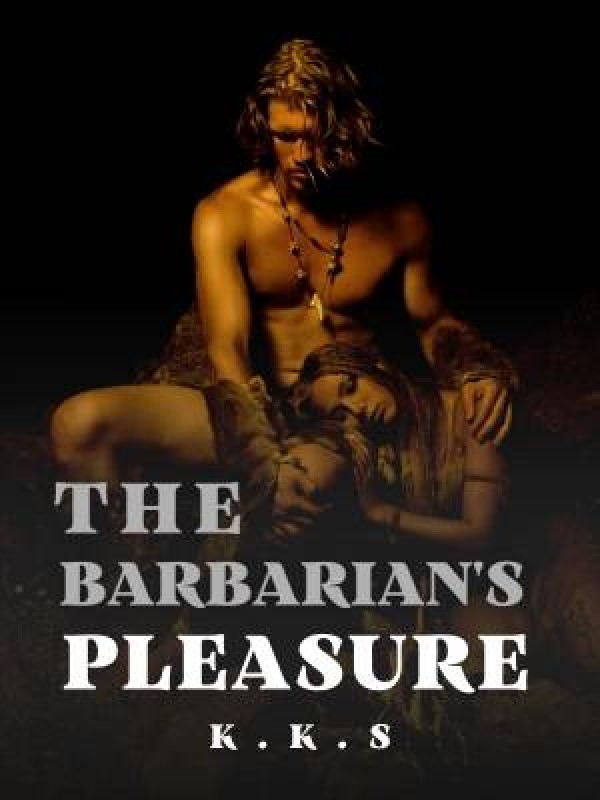 I'd been lonely lately. Having accrued enough wealth to no longer need to go on the raids I was well off. Now I just needed a little slave girl to warm my bed. I'd considered a docile thing with a warm spot for me. But instead, I was intrigued by the spitfire commanding she'd not be touched. I saw her body and thought her too tiny but when I touched her, I wanted her. And what I want. I get. After all, I'm a wolf at heart. And a full moon is coming. She'll learn the way of things. One way or another.

Being stolen from my overprotective family while I was washing clothes at the river was bad enough.

But then to find out I was being exported to a foreign land to become a slave was even worse.

And this country was full of every breed of man I could imagine. But of them all, I liked the fierce look of the huge redhead the least.

The man was massive.

The voyage here had been bad enough. I’d heard other women screaming throughout the night and did my best to look like a child with my small frame. Hoping no one would guess that I was very much a woman grown.

I’d learned over the years that if I kept my face down and my hair strung over it, my slim body could be mistaken for much younger as long as I wore oversized clothing.

Which conveniently these slave tunics were. Making me seem utterly shapeless.

Mardichi was amused. A five-foot-tall rabbit hurling words like they were rocks. "Won't ye?"

"No!" I yanked at the men holding me. Making the chain between my shackled wrists rattle as I took what I intended to be a threatening step toward him.

Trying to show he wouldn’t command me. That I wasn’t afraid of him. But I was terrified.

Bigger even then the men that’d drug me away from the river back home and loaded me on the ship in chains.

The slave trader had a string of women on the line. Most of them prettier than me. Taller and more hearty.

“Have one of them!” I ordered. Gesturing down the line.

Which earned me some dark looks from the other women.

It wasn’t as though they’d been fond of me to begin with.

I’d not been winning any popularity contests ever since they’d loaded me on the damn boat.

But Mardichi was intrigued. Not following my gaze further down the line. His blue gaze locked on me.

The rest of the women were cowering from him. Easing further away from me to try and avoid his attention.

“Look at him. You know he’s a rough un’.” Another woman whispered fearfully.

Nearly eight foot tall he loomed. His ominous shadow casting me in shade. A scar running along his jaw companioned with his vibrant red hair and light blue eyes to make him quite striking.

“Look at her.” Mardichi gestured to me. “This tiny bird is fearless.” He said on a chuckle. “Shouting what she will and willna do.”

The trader was relieved he wasn’t appalled and nodded slowly. “She is a live one.”

Mardichi’s brow furrowed as he eyed me thoughtfully. Red hair draping around his face in smooth waves.

"Hold her." He drawled boredly. Approaching me in several long steps.

Despite all my bold cries, I shivered when he drew close.

In truth, I was afraid. Very afraid.

Even more interesting to Mardichi was that I’d mustered enough courage to put on this belligerent fa?ade when I was clearly small enough he could crush me.

"Lass. If I want ye for a slave, I'll have ye. And if I want to fuck ye, ye can try and stop me." He grinned down at the little fruit fly.

"You don't scare me!" I cried. Thinking just the opposite.

"And you terrify me." He said boredly. Imitating my propensity for untruths in a mocking manner.

He hooked a finger on the dirty, long white tunic I wore, same as all the slave girls. Pulling it out from my body to peer beneath it, he glimpsed pert white breasts tinged with large dark nipples.

"Her breasts are small and she's too skinny." Mardichi complained to the trader. As his eyes still roved my flesh.

"But formed well. Look at the curves!" The slave trader smacked my ass, making one buttock jiggle slightly. "And a tiny waist."

The two guards held my upper arms apart, forcing me still despite my desperate struggles. The trader gripped my tiny waist from behind. Framing its narrow width in his hands. And making the tunic mold against me.

Damn him! I whipped my head to glare at him.

"Her breasts are nowhere near large enough to stroke my cock atween." Mardichi haggled down the price.

"But pert and ripe for the pickin' nonetheless." The trader persuaded. Offering a lower cost but pointing out my finer features.

"You just try!" I fought like a hellcat. "Either of you!"

I looked at him. Turning up my chin impudently.

"Feel her." The trader offered.

"The hell if you think so!" I fought harder. Managing to elbow one man. Unsure what they’d be feeling but unwilling to cooperate and find out.

The huge slave trader shouted for more guards to come help until enough were there to hold me utterly immobilized.

The trader crouched behind me and forced apart my squeezed thighs.

Mardichi drew up on me. Towering over me as his blue gaze roved my face intensely.

My large green eyes narrowed up at him somewhere between pleading and warning. "Don't do it."

Leaning to catch the bottom of my tunic, he fisted it and yanked it up to bare my pubic bone. Fortunately, he was positioned to block my privates from the rest of the gathered buyers.

His other hand slid down between my pried open thighs and he sunk a single wide finger into my softness.

I lurched forward and cried out. Tossing my body further back in objection. Trying to escape the sudden stretching so foreign to me.

Mardichi swirled the finger inside me. Testing my tightness.

“Very tight.” He remarked appreciatively. He sunk his finger in more deeply and made a growling sound.

Peering over my shoulder to meet the trader’s look pointedly he gave a slight nod.