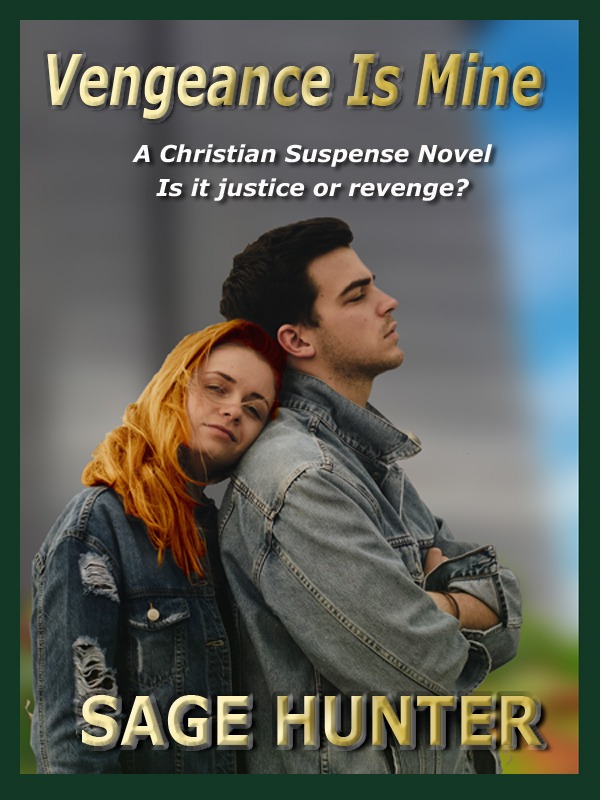 Clint Merriweather, a stoic, proud, and honorable landscape contractor, moves from a one-stop-light town to a larger city in order to provide better for his family. An iconic flood and poor business decisions put him and his family in jeopardy of losing everything. J. T. Harmon, the ruthless project developer does not make things easier. As Clint tries to maneuver through the obstacles of a flood and the requirements of his contract, he wonders if he is worthy of his family and how he will ever make good on his promise to make a better life for them. Thoughts of vengeance plague him as he deals with those who try to subvert any success he and the other contractors are working toward. Faith becomes a factor as danger haunts Clint and his family as they try to navigate their lives in a city much bigger than their little hometown.

Josie’s eyes glistened as their rental truck rounded the bend into Lake City. Entering the city limits, signs zipped by overhead too fast to read. Cloverleaves and the on-ramps veered off in opposite directions to exits unknown. Her head began to spin a little at the confusion of it all. Harrisville’s biggest street had one blinking stop light. This would take some time to get used to.

“I don’t know how there’s any room for the butterflies in my stomach with this baby taking up so much space.” Josie repositioned herself in her seat, trying to ease the crushing feeling her baby gave her as it kicked and squirmed against her ribs.

Clint smiled at his wife’s excitement. “It’ll be a great opportunity for us. A higher standard of living, and we can be part of a more sophisticated lifestyle. I want to provide the best for our family.”

“We’ve had good friends and comfortable life, Clint. You know I was perfectly happy in Harrisville. I don’t need all the extra trappings to be happy. All I really want is to be wherever you are. But you know I won’t waste the opportunity for adventure.”

Seeing his turn, Clint made his way through the downtown area. “The streets are so different from Harrisville. The city really gives you a charged feeling.” The truck wove down through the tree-lined streets.

“I know I can make an even better living here. I can feel it in the air. Hey, you won’t see many of those in Harrisville.”

“What?” Josie peered out the window trying to see what was catching his attention.

“A Mercedes Benz. I’ve counted fifteen since we came through the city limits. People here have real money and so will we. Here we go, Maple Street.”

Clint pulled into the drive of a large older two-story home. It was a white, saltbox house in the historical district of town. A small manicured lawn was edged by a red brick walkway. An old wooden privacy fence ran beside the driveway to the backyard and the garage. The neighborhood was full of gothic older homes with gingerbread molding. Large maples lined the driveway rustling their leaves of red, gold and orange.

Clint backed the U-Haul up to the front door and Josie lightly shook the two children and climbed down from the cab.

Their friend Paul’s pickup pulled in behind their rental and Becky, his wife followed with Clint’s car. Their long-time friends had volunteered to help unload.

“You don’t need to be lifting anything, Josie,” said Clint. Just let us handle it. Abe, take your little brother to the backyard while we unload. Then you can go find your rooms. Nate, you mind your brother.”

“Come on Nate. We can take our cars and play out back. I bet there’s some dirt for roads,” said Abe.

Paul helped Clint unlatch the back of the truck, lower the ramp and began unloading the household of furniture.

Josie took Becky into the house.

“This is a great house Josie; I love the wood floors,” remarked Becky.

“It does feel homey. It’ll look great with our old overstuffed furniture and lots of pillows. The decorating will have to wait for a while though. We’ll be tight until Clint gets paid for this job. It took every spare dime to pay for the house and get the utilities turned on. There’s money to start the job, but we can’t touch that if we want to eat later.”

“I hope so. Let me show you the rest of the house.”

There were rich, golden wood floors in the parlor. The ceilings were high, giving the house an airy feeling.

“Here’s the kitchen. It’s kind of like a farm kitchen. It has a pantry too.”

Becky peeked into the pantry. The shelves stretched from floor to ceiling. Plenty of space to store any canned or dry goods.

“This door leads through the back porch and to the backyard. The yard is pretty dinky, but there’s a park across the street with slides, a swing, and a merry-go-round. The kids will have plenty of room to play.

Glancing up at the skyline, they noticed the large black tower jutting into the sky, reflecting the pink evening sky.

“What a view! There’s nothing like this in Harrisville.”

Retreating back into the house they found the men had finished unloading the truck.

“How ‘bout some coffee and homemade cookies. I brought some with us in a container. You guys need to take a breather. I’ll have the coffee made in a couple of minutes.” Josie scooped the fresh grounds into the percolator’s basket. The stove quickly started the little pot popping and gurgling. A waft of the friendly brew soon filled the air.

The warm friendship around large cups of hot steaming coffee and chewy chocolate chip cookies brought tears to Josie's eyes. She knew this was what she would miss most.

“Well, we have to get going.” Becky stood up to give Josie one last hug. “The kids will wonder what happened to us and I don’t want my mom to keep them all night.”

“I’ll miss you so much, but we’ll have to go to Harrisville and pick up our car in a couple of days”

“So, I’ll see you then!” said Becky as they headed to the car with a wave.

Josie closed and latched the front door, something that she never worried about doing in Harrisville. Turning around she leaned against the door and took in the room. The reflection of the fire from the fireplace danced on the light walls and the wood floor glowed. Clint got busy putting the beds together so they could all get a good night’s sleep. Everything else could wait till morning.

Tucking their sons in, Josie listened to the boys say their prayers. Their little rituals would be maintained. She believed kids need consistency and routine to feel secure. She gave them each a soft kiss on their cheek and headed for her bedroom.

Clint didn’t participate much in the religious world of his wife and kids, other than to watch once in a while. He thought he would like to believe but he couldn’t do it without knowing it was real.

“Then come to bed. You’ll feel better in the morning. There’s a whole new world waiting for us.” He patted her side of the bed.

Pulling off her clothes she climbed into bed and sighed as she felt the familiarity of her own bed. “This feels so good.”

Clint encircled her with his strong arms and drew her close to him. Feeling the swell of her belly and the fullness of her excited him. The warm feeling grew, and he hugged her gently as they snuggled down against the cool September air. The window was open slightly and the leaves of the trees were rustling outside. A storm was imminent, but that only made the comfort within the house more notable. Clint kissed the nape of her neck and drank in her familiar scent as they drifted off to sleep.

In the morning Clint left early to get started on the new project. Josie dressed, got the kids up, and started in on the unpacking. The house slowly became a home as Josie neatly arranged their belongings. Putting the familiar items in their designated places. A small tapestry of deer in a snowy field hung on the living room wall over the fireplace. A collection of teacups was neatly arranged on shelves with the saucers sitting upright behind them to show off the pretty flowers painted on the fine English china.

The house was light and bright. The atmosphere brought a sense of peace and tranquility. Josie thought about how much better it would look with some rugs, but she was in no position to make any at present. Josie’s floor loom stood in the corner ready and waiting until the baby was no longer distancing her from the pedals. The house was really starting to feel like home. It wasn’t Harrisville, but the familiar items brought the feeling of home, nevertheless.