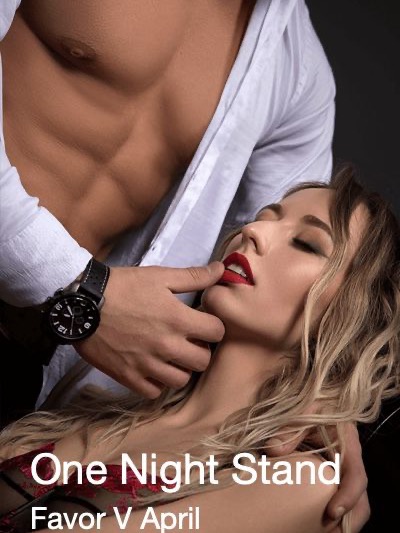 She went to a club with her friends to drink for the first time after finishing her third-year examinations. Gabriella was a 21-year-old virgin who had never kissed anybody before. She met a stranger at a club, accompanied him to a hotel, had her first kiss, and lost her virginity. She enjoyed herself. When she awoke the next morning, the man was gone,  He left. She found out she was pregnant a few months later. She continued to go to the hotel in the hopes of running into the man, but after four months, she gave up. He abandoned her, leaving her to face the situation alone. She dropped out of university to raise her son. She returned to school a year later to complete her studies and get her degree. She then saw the person she had slept with on TV and realized he was now engaged, as well as the fact that he was the well-known multi-billionaire Javier Hills. What would his grandma do when she finds a boy who looks just like her grandson? W Will She brush it off or would she be convinced that the little boy was her great-grandson? What will Javier's Grandmother do?

It was late afternoon when I wrote my last exam for my third year. I was waiting for my friend Chloe and her boyfriend Alex outside. I was pleased to learn that next year would be my last year. For someone like me, I had to give it my all. I don’t have enough money to pay for my education. So, I made sure my grades were good enough to qualify for a scholarship. Chloe has been studying on a scholarship since she began university. But she failed several of the classes and the scholarship stopped providing her with financial assistance. Alex has been paying her tuition since then. Alex appeals to me. He has the funds and backs Chloe. They’ve been together since their second year and adore one another. Alex’s parents adore Chloe as well. They truly adore her more than their son. When the two argue, they always side with Chloe. I hope I can find someone like Alex. He’s very kind and so sexy. Chloe and I grew up together at the orphanage. We were both booted out when we were 18 years old. We continued together after that, but when Chloe reached 19, Alex moved in with Chloe, and I now have the place to myself while studying and working part-time.

Chloe yelled out, “Hey Gaby!” She was approaching me with Alex.

“Let’s head out tonight for some cocktails. We need to rejoice. Next year will be our last year, and I am not going to take no for an answer. I’ll be there to pick you up at 6 p.m.”

She didn’t even allow me to speak. I took a taxi to the garage, worked for four hours, and then returned home. I showered, put on make-up, and never went overboard with it. I always tried to look natural, so I wore my dress and high heels. Chloe’s instructions were to wear a dress and high heels. At 5:45 p.m., she texts me.

I replied, “I’ll be down in 5 minutes.”As I walked toward Alex’s vehicle, Chloe and Alex seemed completely taken aback.

“Can you tell me where you’ve been concealing that butt?” Alex commented.

For me, Alex was more of an older brother to me, while Chloe was more like a sister to me. Alex was a part-time student who was also employed by his father’s firm. He was 5 years older than me and Chloe, and we were in the same class. Even though these two were quite protective of me, they also encouraged me to find a boyfriend of my own.

“I think you’re going to get laid tonight,” Chloe remarked.

Alex took us to the club, which was gigantic. He escorted us to the VIP session that he had reserved for us. Chloe placed an order for several drinks. Whatever she ordered, it was delectable and delightfully sweet. I couldn’t even tell that I was consuming alcohol.

“Hey, Gaby. Let’s get this party started on the dance floor.”

We proceeded to the dance floor. The DJ was playing Sia’s “Unstoppable.” I could feel people looking at me. I looked around the dance floor. I became irritated. Chole and Alex were kissing. I returned to the bar because I was so uptight. The dance floor seemed to be reserved for couples exclusively. I sipped my drink quickly. I stared at the bartender as it was refreshing and so fuckenly amazing, but I wanted something strong.

“I want something powerful,” I grumbled as I replaced the drinking glass on the bar counter.

“I can give you a tequila shot,” the bartender offers.

“Sure, give it to me.” I leaned forwards as he blasted me with a lemon. “How do you take this?” I inquired, with a grin on my face.

“Gulp down the shot,” the guy said. The tequila was burning my throat.

“One more,” I said as I repositioned the small glass on the bar counter. He offered me another shot, and I drank it as well. I surveyed the area. I wanted to twerk. I’ve always been a twerking monster, and that drink did exactly what I wanted. I returned to the dance floor, this time without caring that it was for the couples. I was wobbling my butt, and I could feel eyes on me again. For some reason, the gaze on me accelerated my butt twerking.

Is this what they mean by sexual desire? I burst out laughing.

I felt a body pressed against mine as I was swaying. I wanted to turn around and tell him to fuck off, but then he grabbed my a$$ and I wanted him to grasp the other pair. I could feel my pussy throbbing in the crotch of my thong just from that one a$$ grabbing. I was puzzled by how I felt. No one had ever grabbed my a$$ before. I had no idea how to react. Our bodies were swaying in unison. I was following his lead. He gripped my hand, which sent shivers down my spine. Then he whirled me around. My back was against him. He squeezed me close, then shoved my a$$ against his crotch. I swayed my hips to the beat of the music, gently gyrating at him. What am I doing? But then I shrug it off.

He swirled me once again, without letting go of my hand. Then I met the man who made my body feel things. He stood tall, with dirty blond hair and ocean-blue eyes. He had me completely enthralled. I couldn’t take my gaze away from him. He was staring at me as if he were gazing through me. He was stunning to a guy. I inspected his whole body. Wide shoulders have a good quantity of muscle; they are highly muscular. He had muscles that complemented his physique. A tattoo on his shoulder. I couldn’t tell where the tattoo began, but I was in amazement. I could tell he was probably 9, 10, or 11 years older than me just by looking at him. I didn’t mind. Then he said something.

“Mind getting some more drinks, baby girl?” I was still lost trying to assess him. He then swallowed and cleared his throat. I then realized he was saying something.

“Come on, let’s go have some drinks.”

“Certainly, sure.” Then I heard my friend humiliate me.

“You have to get laid tonight and lose your virginity.” I could tell she was inebriated.

“I’m so sorry about my friend. Please disregard her.”

“It’s okay. Let’s go get some drinks, or should we get out of here?” He inquired.