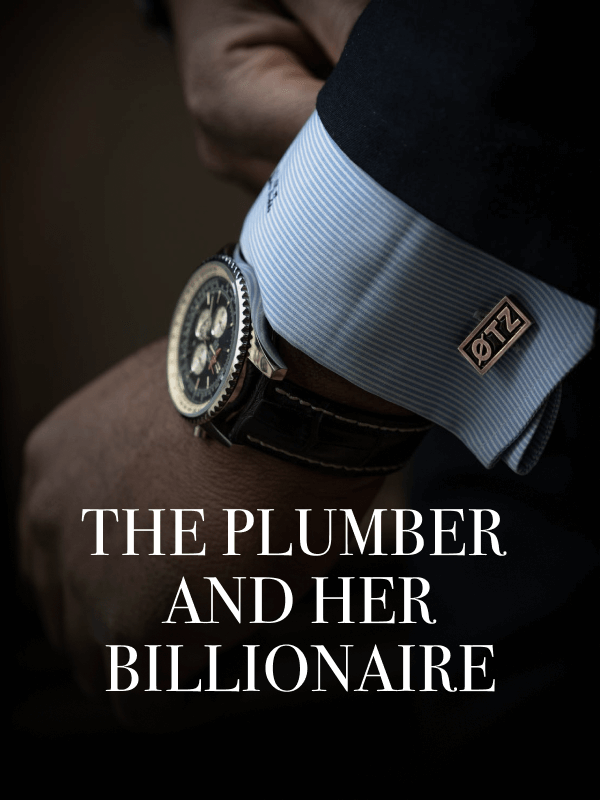 The Plumber and her Billionaire

Two people from very different worlds trying for the almost impossible — a future together. Tegan McCall hasn’t got time for men. She’s too busy trying to save the failing plumbing company that she inherited from her dad. But when she meets Blake Stone, she’s thrown. Not only is he off-the-radar hot, but he actually listens when she tells him about her design concepts. It’s a shame he can’t save her company. Billionaire Blake Stone is blown away by Tegan. This she-warrior is so different from the glossy, vacant women who usually drift through his life. He offers her a job fitting bathrooms in his high-end hotel in Canada’s premium ski resort. Sure, the deadlines are tight and Tegan’s company has limited resources, but he’s still being business-minded. And there’s no way that Tegan will ever find out that he owns the hotel or has awarded her the contract, right? Tegan moves to Whistler to work on the hotel, but things aren’t what they appear. She doesn’t get to meet the hotel’s mysterious owner, and the guy whom she deals with is unfriendly, even hostile. Her suspicions are aroused and soon she’s investigating…and uncovering things people would rather stayed buried. Blake and Tegan are two people from very different worlds. If they want any chance of a future together, they’ll have to navigate not just sabotage and deceit — but lust and love.

“I’m sorry, what did you say?” Christa, the housekeeper, stood in the doorway of the mansion with her arms folded across her chest.

Christa’s dark eyebrows jumped toward her hairline. “You?”

Tegan nodded. She was used to this reaction.

“Yes,” she said. “We’re a rare breed, us female plumbers. We’re like unicorns.”

“What? A woman?” Really, Tegan thought, we’re going around in circles, getting nowhere.

“Listen,” she said. It was hard to rein in her anger. “I didn’t ask to be here. You were the one who called me up unexpectedly and asked me to come. I was just about to have supper. Maybe we shouldn’t—” She stopped herself.

She wanted to tell Christa that maybe they shouldn’t bother. But she couldn’t, even though she really wanted to, because she needed the cash.

There was a pause. At last, Christa let out a deep sigh then jerked her head, gesturing for Tegan to enter. A Labradoodle stood at her heels, tick-tocking its plumy tail. Tegan stepped into the vast foyer and followed Christa through the house. The dog led the way, its claws tapping on the marble. Abstract art hung on the walls. Everything was so white that Tegan felt snow-blind.

The hall opened out into a living room that was about the size of a basketball court. Its low leather furniture was the same dazzling white as the walls. Tegan had guessed that the house would be fancy. It was on Cornwall Street, or Billionaires’ Row as the Vancouverites jokingly called it, a prime stretch of land by the water and close to the city. Not that Tegan was intimidated. What had her dad always said? That folks were just folks, no matter their money. They all got up in the morning, all sat on the toilet, the same as everyone else.

She looked forward and gasped, almost dropping her tool bag. A floor-to-ceiling window dominated the entire back wall. Through it, she could see the beach and specks of flashing sea glass. Across the bay reared the skyscrapers of the downtown core. These were framed by mountains, turning purple in the setting sun.

“Wow,” Tegan breathed. “How do you ever get any work done with a view like that? Now I see why these houses cost so much.”

Christa pursed her lips. She clearly had no time to discuss the price of real estate.

She hurried them toward a set of spiral stairs. By now, the dog had lost interest in following them and flopped onto one of the Persian rugs instead. Christa led them up the stairs to the middle floor then along a corridor past a series of closed doors.

She stopped at one and pushed it open. “This is the en suite for the third guest room.”

Tegan stepped inside and gave a low whistle. The bathroom was fitted with copper-colored tiles, which she knew at a glance had been handmade in Italy. Spotlights shone from everywhere, giving the room a coppery hue. A plasma-screen TV hung in one of the recesses of the walls. She eyed the sink. Wow, is that a Trinsic Pro faucet? She’d only seen them in magazines before, never in the flesh.

Hearing dripping, she walked over to the shower.

“So what exactly is the problem?” she asked Christa.

Christa sighed. “I went to clean it and now it wouldn’t turn off properly. It has to be fixed. Mr. Stone has guests coming from Seattle for the weekend and he expects everything to be perfect.”

Christa’s voice rose, but Tegan refused to be caught up in the panic. Even still, she did want to impress the mysterious Mr. Stone. Then, hopefully, he would spread her name around Billionaires’ Row and more gazillionaires and squillionaires would use her plumbing company.

“Okay,” she said to Christa. “First I’ll have to switch off the water to take a look. Can you take me to the main supply?”

Christa shot Tegan a death stare. “Only now you tell me? It’s right the way on the other side of the house.”

In his bedroom on the top floor of his house, Blake Stone undid the buttons on his shirt, shrugged it off and threw it onto the floor. Part of him liked making a mess because it broke the fanatical neatness and order of the house—something which he’d insisted on but which he also kinda hated. He took off his belt from his dress pants. The buckle made a clunking sound as it hit the carpet, shattering the mausoleum quietness.

Blake thought back to growing up in his big Catholic family, and about the meals around the six-leaf table where he had to scarf down his food before one of his brothers helped themselves to it. He remembered the hustle around the television while everyone crammed in to watch the Stanley Cup series. Sometimes, he longed for the cozy noise. But being single’s better, he told himself. It was simpler and less hassle. He had chosen this life.

Picking up his pace, he stripped faster. He had twenty minutes to get ready for the gala. He would have had longer, plenty of time, if Alison, his EA, hadn’t booked that final conference call of the day. Man, that Brazilian CEO can talk.

He stepped out of his boxer shorts and marched, naked, to the en suite shower room, or wet room, as people had started calling it. What kind of ridiculous name was that? He reached into the cubicle, turned the water to as hot as he could bear it and stepped into the shower. Jets attacked him from every angle, pummeling his body. Christ, it felt good, but he couldn’t stay for long.

He reached to the shelf and grabbed a bottle of shampoo—hair bath? WTF?—flipped open the lid and lathered his hair. Everything was fine. He would be on time. The fundraiser would smash all records. He pictured himself holding up a giant cardboard check for half a million…no, make that a million. Hell, those kids at the children’s hospital deserved—

The water stopped. For a second, he stood rigid with disbelief. Then he fiddled with the control panel on the wall, thinking that he must have touched something by mistake.