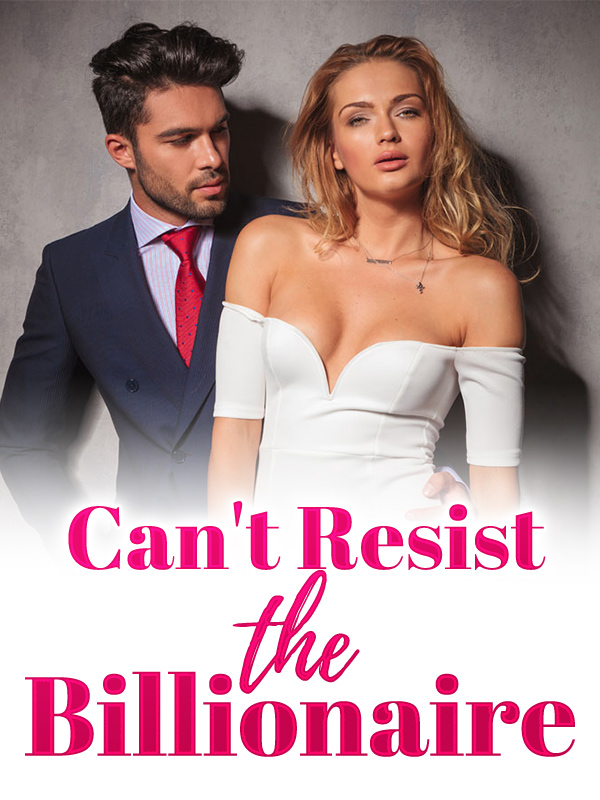 Please, let him go! Looking at Christopher, who was covered in blood, I knelt on the ground and begged the man in front of me. "Fine. Promise me three things and I'll let him go!" Vincent's cold expression made me shudder. "First, You'll never see him again.", "Second, be my girl, and only be mine!" "Third..." Vincent slowly lowered his head and laughed evilly in my ear. "Now, please me until I'm satisfied..."

Chapter 1 Stay with me for the last night, I will let you go

I was packing up my things on the desk, preparing to resign the post. My mobile phone on the table suddenly rang out.

I thought it was Christopher, but when I picked up, it was Vincent.

I frowned and reluctantly connected the phone.

He was in the executive office upstairs. I haven't resigned successfully. If I didn't answer his call at this time, I would end up miserably.

"Are you going to resign!?" Vincent said in an angry tone, as if he was about to lose his temper.

I paused for a moment and said frankly with a low voice, "Yes!"

"I asked the personnel department to approve my resignation today. I was in a hurry because I didn't dare to tell it earlier"

After receiving an affirmative answer, Vincent said more furously, "I will give you one last chance. Tell me again, are you going to resign?"

He was threatening me, but I didn't want to be threatened.

I mustered up the courage and shouted to him, "Yes, I would like to resign!"

"Good, very good. Did you quit because he came out?"  I couldn't see Vincent's expression, but I could imagine the anger in his tone like he wanted to kill someone.

"You might be right." I sighed helplessly. There was a hint of pleading in my voice. "Vincent, can you just let me go?"

He suddenly became silent. Faced with my sudden begging tone, Vincent suddenly laughed again in an awkward way, "Jasmine, this was the second time you ask me for help which was still because of him."

I could feel unprecedented desperation from Vincent's deep and oppressive laughter. It seemed that he would not easily let me go!

"Stay with me tonight. If you behave well, I will consider letting you go." Before hanging up again, Vincent said, " Don't refuse. It was an order".

I frowned. thinking of last time when I was with him, I immediately felt gloomy.It was my mind which made me choose to refuse, and I had to refuse.

That was because Christopher was about to come out.

"Don't do that, Vincent, please?" I pleaded to Vincent on the phone.

Vincent smiled evilly. He ignored my pleading and even insulted me verbally, "So what? Jasmine, now you are pretending to be a virgin. You sold your first night to me."

The past was unbearable. I closed my eyes painfully and kept silent for a long time. Finally, I plucked up the courage to tell him, "Yes, I slept with you. It was because of money. What you said was true, but I don't want it now!"

"You do not have say." Vincent sneered, thinking that I was pretending to be chaste. "You can kick me out now just because that Christopher's because you do not need money anymore?"

On the other end of the phone, Vincent gritted his teeth. Before I could say anything, he pointedly threatened, "You better promise me, or I'll tell your husband, his wife, and his best friend are having sex with me tonight?"

"Vincent, are you really doing this?"  Faced with his entanglement and unreasonableness, my head was going to explode. If I had known that this man was so difficult to deal with, I wouldn't have made the deal.

But what was I to do? At the time, Christopher was driving drunk and had hurt someone. Not only did he have to go to jail, but he had to pay a lot of compensation. We were poor and had no choice. To spare Christopher the misfortune of being in jail for almost three years, my only option was to ask the rich and powerful Vincent for help. However, I did not expect him to demand my body as payment.

I loved Christopher. We fell in love all the way from college to graduation. Back then, in order to be with me, he didn't even hesitate to sever contact with his family. We lived a simplie life, and he treated me so well. I had no reason to watch him go to jail for so long, so in the end, I could only stoop to compromise and agree to Vincent's request.

Vincent never lacked women around him. I did not know why he wanted to take advantage of my situation this time. Maybe he just thought it would be fun and exciting. But either way, if I wanted money and to save Christopher, I could only submit to him .

"I thought he was just playing with me. I gave him my body and he gave me money to use his interpersonal network to help me. But what surprised me was that he had no intention of ending it. Instead, he wanted to have an underground love affair with me!"

I was an ordinary woman. I loved my husband. Although I could give him everything, It did not mean I can continue this inappropriate relationship with Vincent without principle.

In any case, I would come clean with Vincent today that our relations must be ended.