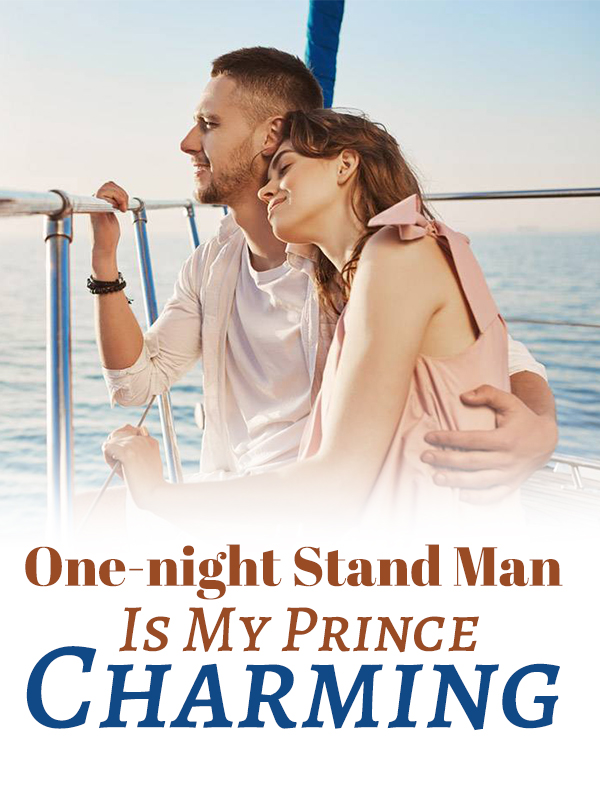 When she woke up, she had sex with her Prince Charming. What was even more incredible was that this man actually wanted to marry her! This time, he wanted to see where she could escape to!

It was excruciatingly painful.

Ella Parsons frowned and bit her lower lip. Discomfort was written all over her face.

She slowly opened her eyes, and immediately felt terribly sober. Why was there a man next to her?

"You're awake?" The man had a frown on his face as he looked up slowly. His cold eyes stared at Ella as a wild and sinister smile crawled up onto his face.

The CEO of Austin Co., one of the nation's ten most eligible bachelors. All he needed to do was to move a finger, and the national stock market's economy would tremble with fear.

Ella never dreamed that it would be him!

Was it not said that he never bothered with women? How did it end up...

She really wanted to curse out the person who made up the rumour that said Nathan Austin was weak in bed, because he was not. He... he was clearly a bloody stallion!

She had been drunk, and now she was feeling terribly dizzy and weak.

Nathan got up and went straight into the bathroom.

Ella still did not understand what had happened. Her memory had stopped at the part where she was accompanying her bestie Alicia Phillips to the nightclub.

Alicia called her over to join her at the nightclub due to her breakup. Then, she made Ella drink like there was no tomorrow. Red wine, white wine, beer... Ella could not remember how much she had drunk, nor how she had left the nightclub and ended up in Nathan's bed.

The bathroom door slowly opened and the mist dissipated. Nathan came out with a towel around his waist. He was quite a tall man, and he was drying his hair with another towel. Some of the water dripped onto his skin, sliding down to his collarbone. It was a sight to behold.

Ella blushed and pulled the blanket over her head.

She had not yet had the time to gather her thoughts when Nathan pulled the blanket away from her face. That handsome face, which was enough to drive thousands of girls insane, came close to hers and he spoke. His voice was deep but light, tickling Ella's heart. "Go have a shower."

"Sh— shower?!" Ella's eyes went wide as she stared at Nathan with consternation.

Nathan picked up a strand of her hair and twirled it about his finger. "Do you want to go to the registrar office with me like this?"

Nathan said, "I have already made arrangements. We are going to register our marriage now."

Ella was so shocked and her mouth was hanging wide open. Was the man before her still the same aloof and untouchable Mr. Austin?

His fingers gently grazed over her neck.

"Don't look at me like that." Nathan's hand dipped further downwards. "If you want to do it again..."

"You!" Ella stammered as if her tongue was tied. "Isn't this too hasty?"

"Is it?" Nathan's hand paused in its ministrations as he frowned. "If you think it's too hasty, we can slow it down..."

Then, they were in the throes of passion once again.

Halfway through, someone knocked on the door. The knocking sounds were rapid, almost as if that person wanted the smash the door open.

"Nathan, open the door. I know you're in there."

Outside, the woman's voice was quite pleasant, almost as if it was birdsong.

Ella's heart sank immediately. Could it be that... Nathan's girlfriend had come looking for him?!

She stared at Nathan, hoping that he could end it quickly...

"Nathan, if you don't open the door, I'm going to break it down."

The woman sounded anxious, and Ella could faintly see that something seemed to be slamming against the door lock.

Suddenly, Nathan increased his speed, causing Ella to let out a series of carefree moans.

The noise outside the door suddenly stopped. It seemed that the woman had heard the abnormal sounds in the room.

Nathan then wrapped himself in a bathrobe and went to open the door. When it opened, Ella saw a young woman staggering into the room.

The woman wore a white dress and a white hairpin, her long hair cascading down her back like a waterfall. She suddenly turned and locked eyes with Ella.

She was very beautiful, with fair skin, intelligent eyes, cute button nose, and little red lips. Ella knew who she was. That was Brielle Hayes, a famous celebrity.

As Ella was studying Brielle, Brielle was staring at her too. After a moment, Brielle raised a hand and pointed at Ella while looking at Nathan. "Who is she?!"

Nathan spoke, his voice soft yet cold. "My fiancée."

Brielle's eyes were wide with disbelief. She had spent so much time investigating everything about Nathan to the point that she knew everything about him. He had no girlfriend, so how did he end up having a fiancée?

She had planned so meticulously for so long, and had intended to drug Nathan before sleeping with him. But, in the end, it had been all for naught and she even let this woman take advantage of the situation.

Brielle's plan had completely fallen apart. She instantly flew into a rage, jumping into motion as she threw herself at Ella. "F*cking b*tch! You ruined everything!"

Ella had completely no idea what was happening. She just stared at Brielle dumbly who was rushing towards her.

Just as Brielle was about to slap Ella on the face, she suddenly felt a sharp pain on her wrist. When she looked for the source, she saw that Nathan was glaring at her with hatred.

"I never hit women, but I can make an exception for you today." Nathan bit out the words as he eyed Brielle icily.

Brielle swallowed and said shakily, "Nathan, I've done so much for you, how could..."

Nathan sneered in response and threw Brielle's hand aside. His voice was frigid as he said, "For me? For trying to drug my liquor?"

Brielle was momentarily stunned when she heard that. She did not expect Nathan to find out when she had been so careful with her plans.

She bit her lower lip and her pupils dilated. "Nathan, I can explain."

Nathan laughed coldly and said, "There's no need. My heart and soul belongs to my fiancée. No one else can have them."

Brielle was biting her lower lip so hard that she was in danger of breaking the skin. She glared at Ella with hatred, who was still lying on the bed rather obliviously.

Brielle snorted and smiled bitterly. "All because of a woman like her. Nathan, do you really think that she's worthy to be yours?"

"You don't have any say in whether or not she's worthy for me."

As Nathan spoke, he turned to Ella with tenderness in his eyes. Then, he leaned down and kissed her.

It was as if this act was enough to explain everything.

Brielle stamped her foot and glared at Ella with vitriol. "Just you wait!"