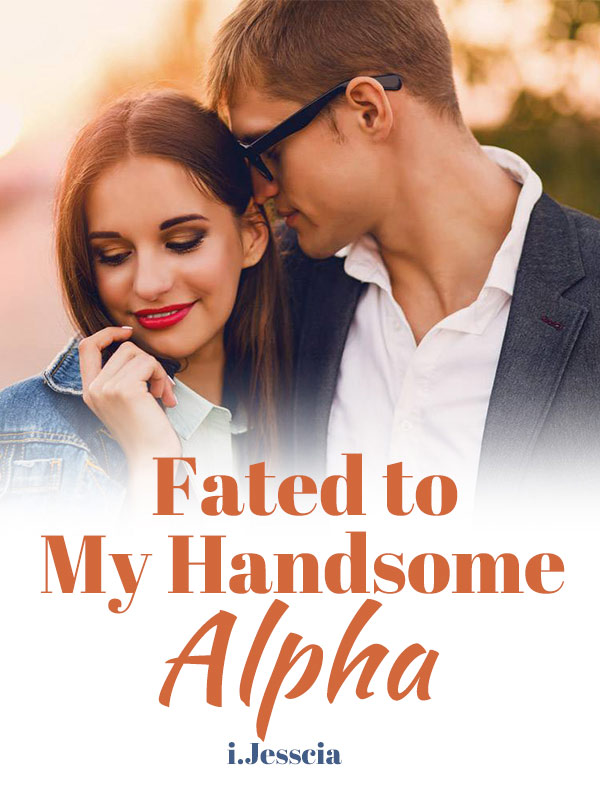 Fated to My Handsome Alpha

Out of kindness, she took a poor stray dog home. Unexpectedly, the next say, a handsome man showed up on her bed. He said, "You saved me. And I want to marry you."Seeing that the man turned into a wolf and was about to eat her up, she was so scared that she escaped. Little did she expect that this young master of the noble Wolf Family would kidnap her and bring her home."You wanna run away after having sex with me? Nice try. But I'll be yours for the rest of my life!"

Chapter 1 I Picked up a Cute Doggy

Golden threads of light filtered through the trees and covered the grass. In the distance, the last ray of light shone from the top of the cathedral. The river was peaceful, and the reflection of the water gradually darkened. Even those who weren't blessed with literary skills would be fond of poetry as they stood in Kensington Gardens.

Kaylin closed her eyes and took a couple of deep breaths as she stretched while facing the setting sun. She shook her head of waist-long hair and felt the tiredness in her body disappear. She distributed the last bit of dog food to the stray dogs around her, then picked up her first aid kit before walking to the exit of the park.

Night fell, and neon lights danced through the sky.

There weren't many tourists roaming beyond the park. It was time for the birds to return to their nest, but they flew in the night sky, refusing to return. There was a faint chill only noticed by animals within the depths of the forest.

Immersed in her thoughts about what she should eat, Kaylin strolled along the road.

She had just completed her studies at the Royal Veterinary College and had yet to find a job. However, people often went to her for diagnosis, so she didn't have to worry about her livelihood.

During the previous semester, she had been hired as a private veterinarian by her mother's best friend, Mrs. Case. Even now, she was still the exclusive vet for three wolves under her care. In addition, she was also a part-time volunteer at the animal rescue centre.

However, she planned to resign from her duties as Mrs. Case's private vet. She was returning to America to help her father and sister settle hospital affairs. Ever since her mother had passed away, she had been staying in London. Her father often nagged her when he called, saying it was time for her to return and resolve matters.

Of course, that hospital was for human patients and it didn't suit her veterinary major. However, she had also majored in psychology and gynaecology.

When she walked under the shadow of the street lamp, she tripped over something and fell. Subconsciously, she held onto the first aid kit with one hand and used her other hand to break her fall. It really hurt, so she used the flash on her phone to inspect the damage. A layer of skin had come off, and her screen protector also fell off.

She had tripped over a large dog. Its body was firm like a lion, and its light brown fur was shiny and smooth under the light of her phone.

As an animal lover, Kaylin felt affection for the animal. Gently, she petted its furry head and said, "Hey there, doggy. What happened to you? Are you hurt?"

When the dog didn't respond, she examined its body carefully. Its back was wounded, and there were five silver pieces embedded in its abdomen. They appeared to be darts made of pure silver.

"How did you get hit by these darts?" Kaylin asked. Moreover, the blood flowing out of its wound was black, as if it has been poisoned or corroded. After she removed the dart, fresh red blood began to flow from the wound. It looked like it was going to be fine.

Kaylin removed all of the darts, then cleaned and bandaged its wounds using the items in the first aid kit.

"Let's take you home so you can recover," Kaylin said.

The dog moved its claws and opened its eyes. To Kaylin's surprise, its eyes were green instead of black or brown. Its eyes were soft and charming, resembling crystal clear gemstones.

"Wow, you have beautiful eyes! Are you a wolf or a dog?" Kaylin asked. She was sure that wolves did not look gentle. Therefore, it should be a dog.

It appeared to show its gratitude by licking her hand.

"I don't think you have an owner. I should adopt you!" Kaylin exclaimed. With her first aid kit on her shoulder, she tried to carry the dog, but she couldn't lift it. "What a large dog you are! So heavy. You're large for a dog," Kaylin said.

She took a moment to catch her breath on the ground before hailing a taxi to transport the dog home.