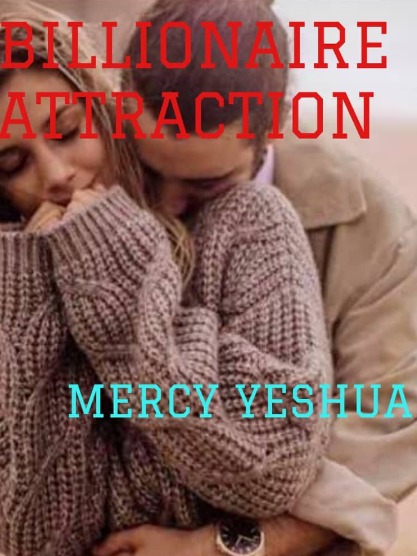 People watched the blonde woman at the top of the high rise building in loud murmurs. Was she really going to jump? A few persons that had seen her loitering testified that she was a real beauty. They all wondered why she wanted to end her life. A tear fell off Natalie's eyes as she remembered the Judge's verdict. Was there anything else to live for? Did this cruel world even deserve her? She looked down at the people that had gathered and she was full of hate. They were all waiting for her to jump to her death. No one had attempted to stop her and some were making videos! How crueler could the world get? In determination, she balled her fists and closed her eyes... She was going to do it. ***** A young single mother of twins becomes the love interest of two billionaires even though she's suffering from schizophrenia. While Natalie battles depression, she has to make a tough choice between the father of her kids, who happens to be her first love and the man she now loves. This is a story of love, pain, depression, revenge and lifting others.

The courtroom smelled sour from disinfectants, and detergents used for cleaning.

As Natalie waited, she couldn’t help but fidget; she needed to look calm, and responsible for her kids and for the hearing. She straightened her pants, struggling to brush away the obvious crease on her clothes. She also dusted her blazers of invisible flints. She needed the hearing to be totally in her favor because she couldn't bear to lose her kids to their father. She knew she might not have a strong job or a good apartment but, she knew she could love them right to the fullest.

Tyler and Tate were really good kids that made her proud; well-behaved, and mannered children that she singlehandedly nurtured from birth. They had been surviving together till their 7th year and their devil incarnate of her father wanted to take them away from her and tear their family apart. She had worked two jobs combining them with some online courses she'd taken and they had been living fine until two years ago when she started seeing and hearing things.

Then, things went downhill pretty fast from there. The hallucinations and delusions were at a slow pace at the start. Then, it got worse when she tried numbing her mind and body with alcohol to ease the constant headache and the drowning noise washing over her ears. It seemed like it got better for a while, but it actually got worse and it spiraled out of her control.

Tyler and Tate were confused at first, but, with time they helped her in every little way possible. Nevertheless, they got scared when she’d just yell at them frustrated for no reason, and they couldn’t tolerate it when she stared into space, lost in her thoughts when they tried to question her behaviors. Tyler was mostly concerned because he'd often gauge her moods before coming to just hold her hand, in silence. Tate, on the other hand, will always watch her mother and can only come close when Tyler was already there in the room with her. Natalie also noticed that her daughter usually hesitated for a few moments before answering when she was being called on.

She was losing it all, and she knew it but, to her, it was almost impossible to stop those voices in her head because they were already permanent residents in her head that kept her calm, and busy during the day. Yet, they would always go against her at night, making her scratch her eyes out and screech like an injured flying creature while drawing out her hairs. She knew she'd get better with the therapy sessions, and it was already helping a great deal–reason why she was ready to face the crowd, to let everyone know that she was not who they seemed to believe she was.

Especially, to her kids she wished to say that “Mummy is no more sick. Mummy is better now. Mummy is fun again…” And then, they could all go back to living their simple and sweet family life.

Her boots squeaked as she turned towards the door. It opened but, she was greeted with the sight of people making their way to the assigned seats for the jury.

Natalie's parents were not there.

Still, she was not surprised; they were always fond of doing things to piss her off and bring her down. She guessed they'd be coming with the kids. Those tattle-tales, her mother particularly, after kicking her pregnant self out of the house at 16, never cared, neither did she ask after her pregnant daughter's well-being or welfare. It was just with the help of menial jobs that she picked to make money and the half-hearted support Connor, her ex gave to her that she was able to survive through those painful days till the twins were born. After their birth, she never heard from him again until recently. Now she's acting all loving and caring for her grandchildren which she once despised.

Natalie silently spat on the floor, covered it with her boot, rubbing it onto the floor while looking around to make sure nobody saw that. She felt bitter in the mouth just thinking about her mother. She would have preferred to know the evil she committed in her past life that made life punish her with such a cruel mother. She remembered all the days she tried to win her mother’s love, wanting to get her approval. Only for her to be rewarded with the highest form of narcissism. Her father, could be described as “passive” and that made her loose interests in his opinions as a father. she didn't bother confiding in him during those unbearable clashes with her mother because to father, it was all about his drink and his space.

She always relived a childhood memory when she had tried frying eggs for breakfast to surprise the family but, she almost burnt down the whole house and ended up burning and wasting a lot of eggs. Her mother got physical, to the extent that she tasted blood. All her father ever did was to pick up his coat, left the house, and never return till evening.

She had gotten “ sorry” for parents, that’s why she made it a life goal to care for and love her twins in the best way possible. That way they would never go through any mental trauma like she had. They'd never have to question her love for them or feel like a mistake brought into the world by chance.

This is why I have to win this, Natalie thought.