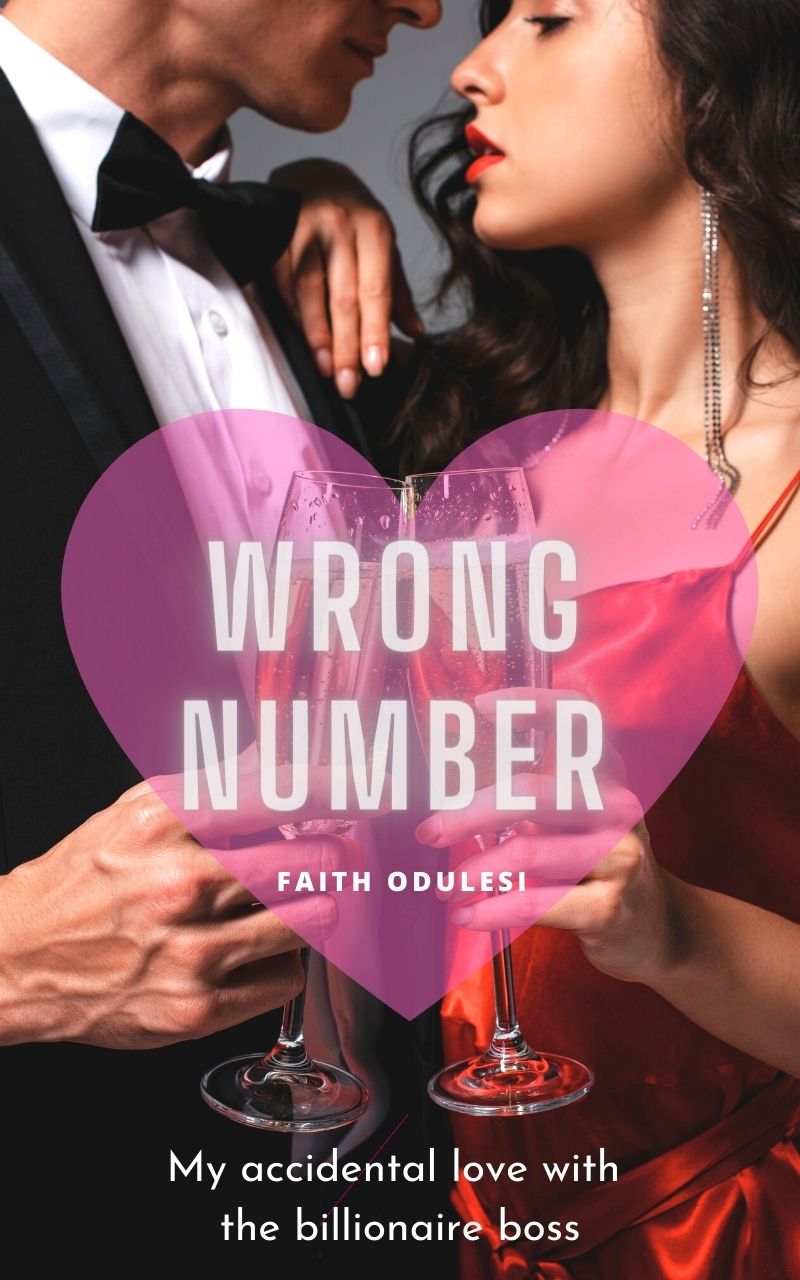 Nikki Hood is Chad Bush's secretary. She is well known for her constant clumsiness and forgetful behaviour. She is half a step closer to losing her job and that fateful night, instead of her boyfriend, she sends her nude images to her CEO, will this act cost her, her job or...

"Nikki!" I heard Chad Bush bang his hand on his table causing me to flinch hard. I rolled my eyes from my desk and stood lazily to my feet.

I had heard stories of irritated CEO's with anger issues but I think Chad had a justified reason to always get irritated at matters that involved me.

I was one of the few people the dictionary defined as clumsy. I never intended for it to be that way but alas, that was always the situation.

He referred to me as Nikki unlike many others that called their secretaries by their last names. I was half a step closer to losing my job if I ruined one more thing, Chad quoted.

"Mr. Bush?" I acknowledged as I got to his office. He eyed me up and down and I wished so dearly that he'd instead cut straight to the point.

"Where is David Park?" He inquired slowly yet sharply. His voice wasn't raised and that was his 'I'm impatient and I might get angry' kind of anger.

David Park was Chad's friend and he worked with a neighboring firm. I was supposed to create a schedule to inform David that Chad wanted to meet with him after work.

If one could guess correctly, I had totally forgot. He tapped his fingers impatiently on the table, staring up at me from his desk and a frown that demanded an explanation sat there on his face, waiting to be given an answer.

"Sir, I can explain." That sentence was how I started most of my justifying reasons for my stupid actions. "You asked me to get in touch with Rebecca Black to tell her about your canceled date."

"The date I had you cancel so I could meet up with David, yeah go on." He was speaking in rushed motion and nothing about the way his muscles flexed seemed like they were ready to put up with excuses.

"Funny story sir," I raised a fingerlike I was getting ready to answer a question from an high school teacher. "I was so carried away with that assignment that I totally forgot to contact David Park." I ended the statement in a very low whisper.

"That does it!" He yelled, standing to his feet with such a loud bang at his desk that I felt the pain from the contact, on my own palms. This had to be his craziest type of angry.

That does what? He couldn't fire me. There was no way. He'd managed to put up with me for an entire year, there was no way he could ask me to leave now, was there?

"You are-" He began to say and I quickly cut him short with a yell.

"Sir, no!" I had no idea what I had to say, or needed to say to back myself up but that just seemed like such an active plan. Yelling.

"Please listen to what I have to say sir. There's still ten minutes left till it's actually time for you to meet, if I can get David Park over here, will you please let me keep my job?" I pleaded, rubbing both my hands together. Looking at him with my big, irresistible eyeballs. My self proclaimed 'puppy eyes'.

He sighed, clenching his fists beside him. This had to be pure frustration and I was sorry for him, for myself. "Nikki Hood. One more mess up and you are out of my life. I promise." He said the words so calmly that it sent shivers up my spine.

Chad Bush just promised. As cliché as it seemed, Chad was one of the men that never broke a promise. Knowing myself, there was absolutely no way I could keep up with not messing things up, it was like a personality, an inborn gift.

I gulped and nodded as fast as I could. Without asking, I hurried out of there to see if I could get David stupid Park to come over.

Nikki, one last fuck up and you're done...

I got home feeling as exhausted as Soldiers at war. I tossed my bag harshly on the bed and ripped my shirt off, violently undoing the buttons. At least I had something to share the anger Chad was constantly throwing at me, with.

The day was fucking hectic and was definitely not worth it at all, it never was worth anything of the things I did anyway. I sighed as I examined my closet for one of Tom's large shirt that I could wear.

I needed something comfortable to be in for the night. And then I needed to think straight enough to set my life in order. If I lost my job as Chad's secretary, then I'd be back to Pizza city, cleaning the floors after dirty customers. I would rather kiss a dead monkey than live with the humiliation that came with the disgust from the job.

The thought made me cringe and I instantly brushed it off. All I needed was an even more retentive memory, ridding myself of constant distractions and learning to focus more on work. Another almost impossible trait to possess.

I decided to dial Tom. I hadn't talked to him all day anyway and I was assuming that talking to him at the moment would induce some relief. Tom was my boyfriend and we'd only been together a month and a half so our relationship was still off to a tasty start.

As expected, there were missed text messages from him and I giggled as I read through each and every one of them. Content of which was mostly how sweet I was, how priceless of a girlfriend I was and all the other lovey dove stuff that came with being with someone.

My smile vanished as my eyes landed on the last text from him.

I gasped and stared at the screen in surprise. What on earth had come over him was beyond my understanding.

Not knowing what to send, I texted him a question mark that denoted how confused I was.

The text from him read and it all of a sudden felt like I was talking to some random stranger on the internet. Those kind that did nothing but forced you to send them pictures of you naked because nothing else honestly mattered to them.

"Anything, so far you don't put some other girl in your bed. I promise you if you do, we are done like right this second."

I texted him back. A nervous feeling overpowered my curiosity and I stared at my screen, biting on my lips impatiently staring at the three dots dancing, denoting he was typing.

I texted back impatiently.

My eyes almost dropped out of their sockets. I was a clumsy person but I definitely was not a sex worker, and I had never done anything that crazy in my life. Boyfriend or not.

"Nikki are you there?"

"Nikki I'm sorry. I promise to delete right after."

I wasn't ignoring his texts because I was mad. I was ignoring them because I was contemplating it so bad. It seemed wonderful to be trying something new for the first time. I bit on my lips even more and then made my mind up. It wouldn't exactly kill me to do it plus he was my boyfriend and he did deserve to see me naked.

"Fine. But just this once."

I texted. I didn't wait for his reply. I jumped off the bed and then stared at myself in my mirror. I pulled his clothes over my head and then my bra followed. When I was left in nothing but panties, I pulled my phone out and took a mirror selfie. I looked really nice in my body, at least so I thought.

I sighed when I hit sent.

Feeling crazy about my idea, I bounced on my bed and decided to zoom off. When I hit the bed, my eyes began to close on their own accord. What was Tom thinking?

What was he doing? Staring at my picture.

Thoughts like this kept swimming in my head until I closed my eyes and eventually hit wonderland.

I woke up feeling nauseous. I stared at the time on my phone, it was a few minutes past midnight. I wondered why I woke up without cause, just like that.

I wondered why there was no message from. Tom still. That seemed strange and uncalled for. I decided to text him to know why he hadn't texted me back yet.

As I picked my phone up, I gasped loudly. I was doomed, my life was over, officially, socially, in every way.

I had texted the image to Chad Bush.